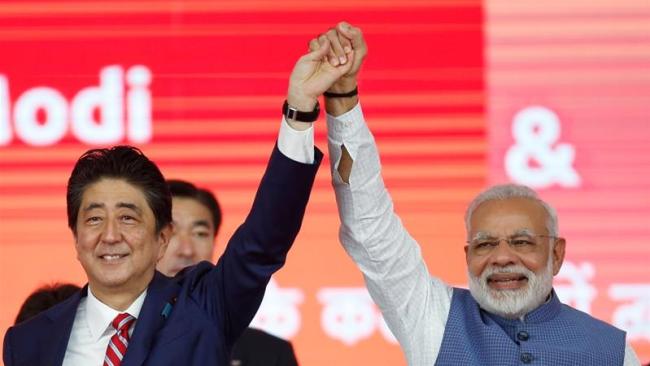 Over the past few years, India made significant efforts to access larger nuclear sources and signed several strategic deals with states from the elite nuclear club and other developing states. In this ambit, recently the significant India-Japan civil nuclear agreement in the peaceful uses of nuclear energy came into force on July 20, 2017. The deal can be traced back to the bilateral summit of December 2015 in New Delhi, when Japanese Prime Minister Shinzo Abe and Indian Prime Minister Narendra Modi signed a memorandum of agreement on civil nuclear cooperation. And on August 14, 2016, it was reported that both prime ministers would finalize a full-fledged nuclear cooperation agreement in November 2016. On November 11, 2016, Japan and India signed the accord for the peaceful uses of nuclear energy. The official statement said that “this Agreement is a reflection of the strategic partnership between India and Japan and will pave the way for enhanced cooperation in energy security and clean energy. It seeks to promote full cooperation between the two countries in the development and uses of nuclear energy for peaceful purposes on a stable, reliable and predictable basis.” As compared to past, Japan and India have more close cooperation on number of issues in recent times. The perfect example for this proximity is the civil nuclear cooperation between the two states. Almost two years after operationalization of India-Japan deal, Japanese Prime Minister Shinzo Abe visited India this month which adds a further prominent dimension to bilateral ties of both states. The deal is also seen as significant attempt to influence India’s efforts for admission into the elite cartel of Nuclear Suppliers Group.

Japan is expanding its strategic landscape by improving relations with India. It was reported in a previous couple of years that India often showed reservations to welcome Japanese participation in the annual Malabar naval exercise between India and US, notwithstanding pressure from the later. The Indian decline seemingly intended to avoid Chinese provocation. At that time, Japan’s inclination towards India was not seen as a union against China but a move to reinforce Japan’s presence in the Indian Ocean. Japan naval posture has been focused on protecting home islands, and its skimpy fleet of vessels capable of resupplying ships with fuel, munitions and other supplies and its recent developments seems to focus on this policy. The country has been relying on the United States for the security of its supply lines however with recent military advancements it can be presumed that Japan is developing an ability to secure its supply lines independently. Both Japan and China are significantly dependent on Strait of Malacca and the Indian Ocean for trade routes. Undoubtedly, Japan’s presence in these critical waterways is enhancing its capability to secure its supply lines and improving its strategic position but also increasing tension with China in the South China Sea. Besides, improving its military relations with India, Japan was also bolstering its economic relations with countries in the Indian Ocean basin. In 2013, Japan concluded first bilateral naval exercise with Indian in the Bay of Bengal and at that time it was affirmed that more such exercises would be held in future. After that India and Japan are getting closer in pursuing their interests.

After this treaty, India would be able to import nuclear power plants, nuclear fuel, and technology from Japan. India is the world’s third largest importer of crude oil and to nuclear energy is the most reasonable way to meet country’s demands without emitting large-scale carbon. Although India is having civil nuclear cooperation with other countries as well but to import large forged components from Japan, it was required to sign the nuclear agreement. From an economic point of view, the transfer of nuclear technology not only significant for India’s growing economy but thereof is also attractive reason for Japan to invest in Japan seeks to build nuclear power plants to revive its nuclear energy market after Fukushima nuclear disaster. Apart from the economic standpoint, India’s potential to compete with China and its strategic cooperation with the US further adds to the reasons for this civil nuclear cooperation. The deal will also have security implications in the South Asian region. Pakistan expressed concerns over the controversial nuclear deal and urged Japan “to objectively assess the consequences of discriminatory approaches to our region.”

It is presumed that this deal would further develop India’s credibility as responsible nuclear weapon state however many argue that Japanese being the victim of nuclear bomb should not have agreed with the non-NPT state. The deal also has a separate nullification clause that would cancel the pact if India were to conduct a nuclear test, even for peaceful purposes because there cannot be any assurance that technology provided by Japan had not been used for the military purposes. The intensity of Japan’s concern over this can be understood from the December 2015 Japan-India joint statement when Prime Minister Abe stated that “the importance of early entry into force of the Comprehensive Nuclear Test Ban Treaty (CTBT) which should lead to nuclear disarmament.” There was also political resistance to the deal in Japan. Therefore the deal can become unstable if India is developing a thermonuclear weapon and test it in future as reported in different sources. However, if India will be allowed to receive this nuclear technology without banning its future nuclear tests, it will further bleak the chances of states signing CTBT because many states have reservation over India’s preferential treatment and they asked for universal criteria in the last Vienna plenary meeting. In the previous scenario, this will be another deal having an adverse impact on the non-proliferation regime.