BETWEEN INDIA AND NEPAL: THE COMPARATIVE ANALYSIS OF SOCIO-ECONOMIC RIGHTS REGIME ACROSS BOTH THE COUNTRIES 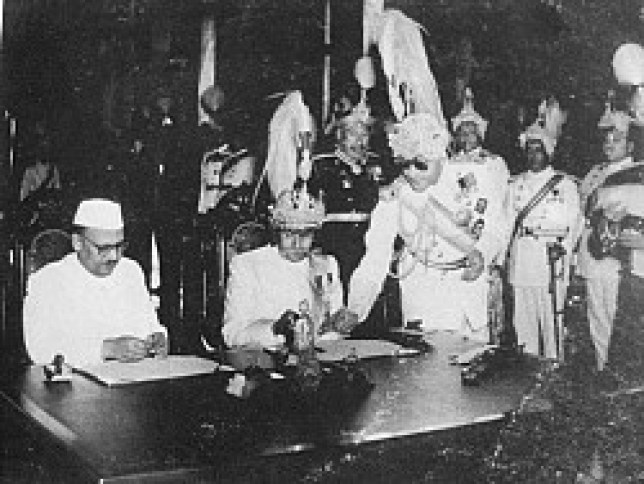 The liberal philosophers highly regarded the citizen’s property rights in Nepal where there was an absolute rule of the monarch held the property, and the citizens were not vested with the Rights of the property the citizens under the Raikar system was treated as tenants of the land which belonged to the monarch. The feudal lords belonged to Nepal’s high castes, and the general citizens can ingress to these lands as tenants. In the country that is basically relying on agriculture as their primary source, the state resources were highly concentrated in the Ruling elites’ hands. Thus, Dalits, Janjati, Madhesis ( people living in the Terrai region ) were pushed to enduring backwardness in the Nepalese society.

The Nepalese Supreme court has taken proactive engagement following the footsteps of India concerning the Fundamental Rights. Indian courts can be termed as an “engaged court,”   as these courts have three institutional characteristics as the socio-economic rights have existed. The Supreme Court of India is guided by these socio-economic rights that have existed in its interpretations. There is a tradition of Public Interest Litigation. These institutional characteristics and jurisprudence have influenced most of the courts in South Asia, and Nepal is one. Amendment of the Indian constitution regarding the Justifiability of Economic, Cultural, and Social Rights in 2002 is progressive learning that can be taken from India. The amendment which initiated Article 21 – A. Under part 3, Article 45, “Free and compulsory Education, “which was the directive principle, was transposed to the Right to Education Act. In India, the unenforceable directive principle can become enforceable Fundamental rights. This is the tendency that can be noted and that turn from Directive principle to fundamental rights is possible through judicial activism and legislation.

For the justiciability of socio-economic rights, judicial enforcement is a crucial factor. Nepal has followed India’s path of  Public interest litigation as the socially relevant problems are solved by providing the Judicial remedies, and locus standi is diluted. Despite not having any justiciable provision in Nepal’s 1990 Constitution, the relief was awarded by the court in a host of such Public interest litigations dealing with socio-economic rights claims.

By taking the reference from this, Nepalese courts also commenced giving teeth to various SE rights and started to interpret and subsumed them under the doctrine of  “ Right to Life, “ such as the right to breastfeed and clean environment, and drinking water.

Right to Privacy in Nepal was considered as Fundamental Rights in Nepal before that of India under Article 28 of the Nepalese constitution Right to privacy was considered as fundamental rights in India Right to privacy became Fundamental Rights on August 24, 2017, in the case of Puttuswamy vs. Union of India. One-Third Reservation of women in Legislature – Nepal made a progressive approach towards the Right of women by ensuring it as a fundamental right and setting 33 percent of reservations of Nepalese women in the legislature under Article 84 of the constitution.