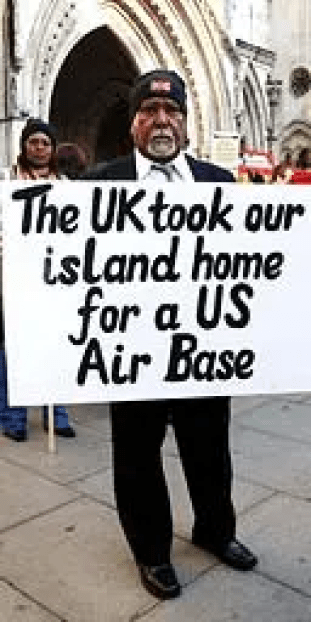 The United Nations General Assembly, African Union, and International Court of Justice have found that Britain’s deportation of the Chagos Islanders a generation ago and continued military occupation of the Chagos Archipelago (British Indian Ocean Territory) is unlawful and a serious violation of international law.  The islanders, known as Chagossians who are of African heritage, say it was a crime against humanity and a violation of the Geneva Convention.  A charging submission has now been filed with the International Criminal Court alleging the London based administration of British Indian Ocean Territory and its military representative at Diego Garcia, Commander Kay Burbridge RN, are engaging in the crime of Apartheid and should be arrested and brought to The Hague for trial.

According to the Charging Submission the British administration has instituted laws that prevent the Chagossians from living in the Chagos Archipelago and they may visit only under military escort. The Chagossians despite having lived on the disputed islands for up to 8 generations have been stripped of property rights and citizenship.  The all-white British Indian Ocean Territory Administration enforces these laws with the help of a Royal Navy contingent in the islands. In addition to the naval commander, the Accused includes the British Indian Ocean Territory Commissioner, Deputy Commissioner, Administrator, and legal advisors. 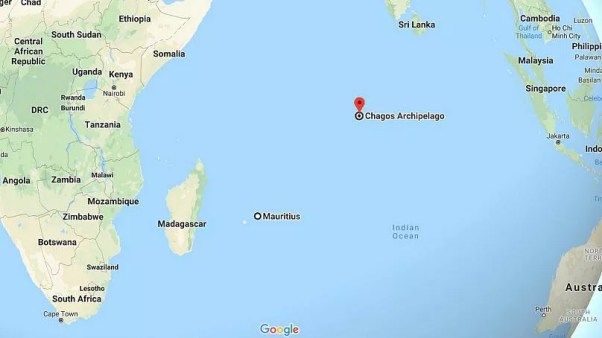 The Chagossian victims fear retaliation and are asking for protection from the International Criminal Court due to the presence of the joint US/UK base at Diego Garcia where elements of the Navy, Air Force, and US Space Force are stationed.  The United States recently placed International Criminal Court Chief Prosecutor Fatou Bensouda on the Specially Designated Nationals and Blocked Person List which normally is reserved for terrorists, dictators, and narcotics kingpins. Bensouda was sanctioned by Washington because she attempted to investigate the US military.

The Chagossians’ lawyer, Dr. Jonathan Levy, notes: “Racism is the enemy of all mankind and Apartheid is the highest form of racism.  For officials of the Foreign and Commonwealth Office and their legal advisors to promote racism is completely unacceptable. The Chagossians only seek to return to their homes and property; the secret US/UK base at Diego Garcia can coexist with the Chagossians. ”