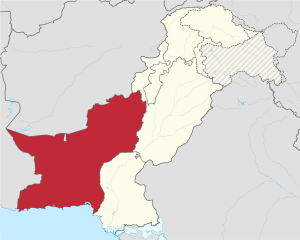 South Asia is considered as one of the most insecure and unstable regions of the world where Pakistan and India are two major powers in term of military might, population, economy, and territory. South Asia has been a victim of traditional and non-traditional security issues where countries focus more on traditional security than non-traditional security issues. This factor has severely affected the overall security dimensions of the region. Due to various conflicts between both states, regional politics have witnessed the play of power. Pakistan is forced to remain in vigorous competition with India to ensure its security. On the other hand, India is struggling to achieve symmetry with China. To meet its objectives of regional hegemony, India has instituted the strategy of military modernization and increased defense spending. The triangle of Pakistan, China and India, and upcoming India-US collaboration has added new dimensions to the regional security equation and has increased the concerns of policy makers regarding the stability of the region.

Since 1997, Indian defense spending has been growing at an average of 6.3 percent per year and has doubled in real terms. Indian Prime Minister, Narendra Modi announced a 10.95 percent hike, raising the 2017–2018 defense budget to $43 billion. Presently, India is the world’s largest importer of conventional weapons, with upwards of $100 billion expected to be spent on modernizing its defense forces over the next decade. In the context of India’s military modernization, two prospects are prevailing; first India aims to upgrade its outdated army and secondly, India is trying to cover the gap with China. Consequently, trends in recent technology development and Indian acquisition reflect that India’s defense acquisition is largely facilitated by Russia, France, Israel, United States and the other European States. Due to these arms suppliers, India is ranked as world’s largest arms importer, and foreign assistance has allowed India to achieve its ambitions of surveillance-armed drones, MIRVs, short and long-range missiles, development of BMD system and the sophisticated space program. Acquisition, development, and integration of these advanced technologies in India’s military forces reflect India’s future aspirations and offensive strategies to acquire the status of regional hegemon.

Previously In 2004, India introduced a new military doctrine as a part of its grand strategy to ensure training, procurement, services and national policies to achieve an edge in future military operations under the nuclear umbrella against Pakistan. It is based on the pre-emptive strike to reduce the mobilization period of integrated battle groups for limited war. The doctrine aims to launch a retaliatory punitive conventional strike to inflict maximum damage by using conventional arms at the time of crisis and use it as a bargaining chip.Jaganath Sankaran, “The Enduring Power of Bad Ideas: ‘Cold Start’ and Battlefield Nuclear Weapons in South Asia,” Arms control Association, 14 November 2014, https://www.armscontrol.org/ACT/201_11/Features/Cold-Start-and-Battlefield-Nuclear-Weapons-in-South-Asia.

Though Pakistan’s particular Cold Start exercise is still in the initial stage, it has increased the concerns of Pakistan defense planners because of its offensive posture. On 6 September 2015, Former Chief of Army Staff Gen Raheel Sharif stated: “Pakistan is capable of dealing with all kinds of internal and external threats, be it conventional or sub-conventional, cold start or hot start. We are ready”. Such developments reflect that India’s increased defense spending and Cold Start Doctrine based on the massive militarization thrust, force the regional states to enhance their military capabilities, as well as such developments, has the potential to disturb the balance of power and increase instability in the region.

Along with the conventional acquisition of India, its nuclear stockpiles are also a matter of great concern for regional as well as global security planners. In SIPRI 2017 report titled as “Trends in World Nuclear Forces 2017”, it is stated that “India is gradually expanding the size of its nuclear weapon stockpile as well as its infrastructure for producing nuclear warheads. It plans to build six fast breeder reactors, which will significantly increase its capacity to produce plutonium for weapons. India is also currently expanding its uranium enrichment capabilities with the construction of a new safeguarded gas centrifuge facility. India’s expanded centrifuge enrichment capacity has been motivated by plans to build new naval propulsion reactors, but the potential excess capacity could also signify its intention to move towards thermonuclear weapons by blending the current plutonium arsenal with uranium secondaries.” Such developments had challenged the security and strategic stability of the region and influenced the nuclear postures of regional states, and reveals that the combination of India’s massive conventional and nuclear capabilities is worrisome for regional peace.

To conclude, Although Pakistan has sophisticated conventional capabilities and credible delivery system for its security and nuclear deterrence against the outside aggression but Indian Cold Start Doctrine, high military spending, missile development program and acquisition of BMD-system, as well as nuclear powered submarine along with long range ballistic missiles development, indicates that India has aggressive intentions regarding strategic interest in the region, which is alarming for regional security and stability.