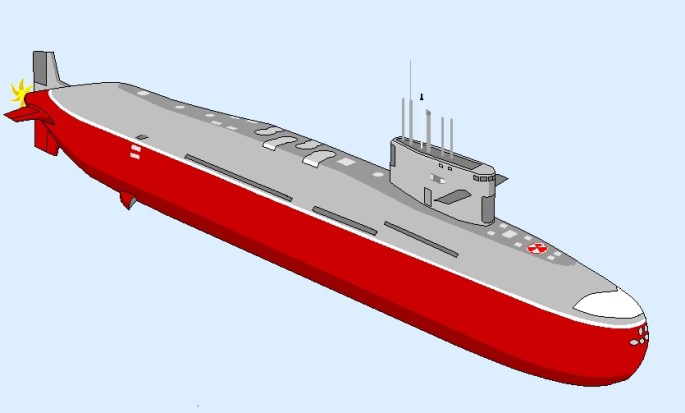 INS Arihant is the lead ship of India’s Arihant class of nuclear-powered ballistic missile submarines. The 6,000 tonne vessel was built under the Advanced Technology Vessel project at the Ship Building Centre in the port city of Visakhapatnam. Wikipedia

Few days ago on the successful completion of the first deterrence petrol of Arihant, which is SSBN (ship submersible ballistic missile nuclear powered) Indian Prime Minister Narendra Modi gave statement that now India possesses “credible nuclear deterrence”. There is no doubt that with INS Arihant, India now possess a capability to fire nuclear ballistic missile from sea but so far it has only been able to fire smaller range K-15 successfully from Arihant, which is only of 750 km range. Furthermore, India still needs to test its longer range missiles of K-series from Arihant.

This deterrent petrol got all hyped because of the statement from Indian prime minister who believes that now India possesses “credible nuclear deterrence”, however question arises here is against whom? In a complex security environment of South Asia it is always propagated by India that it is facing two tier threats from China and Pakistan. However, Arihant with its K-15 small range ballistic missiles lack the capability to target China. Thus, India is acquiring credibility against only Pakistan.

The phrase “credible nuclear deterrence” used by Indian PM is significant because it reinforces the general believe that India is moving away from the strategy of credible minimum deterrence towards credible deterrence. One essential component which should not be missed here is that BJP government had hinted towards changing the nuclear doctrine of India before coming to power. So, this time when election in around the corner, statements which reflects the drift from strategy of credible minimum deterrence are coming again by none other than the PM himself.

Arihant successful deterrent petrol cannot be considered as the dawn of the era in technology or the end of de-mated nuclear weapons in South Asia because these technological developments were under pipeline for quite some time now. However, concerning issue in this regard is that who will be controlling these weapons in sea. So far, civilian leadership had the control of nuclear weapons in India, but with nuclear submarine sole control of civilian leadership is not feasible. Communication on submarines is only possible on very low frequency of extremely low frequency and nuclear submarines also cut-off their communications while in enemy areas for its safety. Thus, in such circumstances civilian control of nuclear submarine is nearly impossible. But, what is alarming in this situation is that control of India’s nuclear arsenal by its military which is naïve and ambitious enough to believe that Pakistan’s strategic capability is just a bluff and they can call it whenever they want.

Analysis of Indian prime minister’s statement shows that it was nothing but a much hyped political statement. But, concerning matter in this regard is Indian political leadership’s disappointing attitude, where they deliberately ignite sentiments of general population to gain votes. Later on, because they come in power on war mongering views they take measures which are more offensive and far from nuclear confidence building measures. This trend in Indian political stage is alarming in the context of offensive civilian leadership’s control of nuclear weapons as well.

There is no denying the fact that rapid nuclearization and militarization of Indian Ocean by India is alarming for Pakistan because it challenges the fragile state of strategic stability in the region. To counter India in Indian Ocean Pakistan under the policy of full spectrum deterrence has developed Babur-3 cruise missile to achieve second strike capability. However, so far, Pakistan is also far from achieving credible second strike capability because of the lack of nuclear powered submarines. But, future of South Asian nuclear stage depicts that both of the states will be competing each other in Indian Ocean as well.

Lastly, with arms race taking the pace in the region it is essential to understand the difference between political statements and emerging new technologies with capability to tilt the strategic pendulum in one’s favor. One cannot categorize every development as game changer, other factors must be taken into account as well.