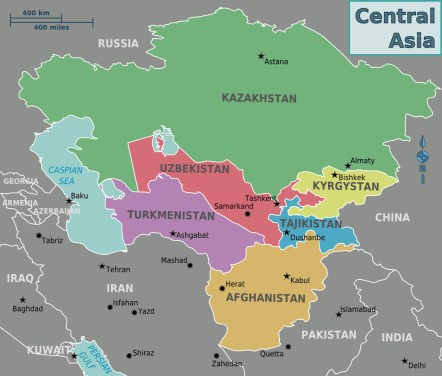 Afghanistan’s history is replete with wars and other violent conflicts. Throughout its long and turbulent history, Afghanistan has looked more like a tribal confederacy than a cohesive nation-state. Afghanistan’s emerging outlook remains uncertain due to competing interests of the stakeholders and internal political dynamics. The landlocked country is facing the complicated domestic situation with severe ramifications for the region in general and its neighbors in particular. The ongoing peace process and efforts to create reconciliation amongst various factions are critical challenges meriting well thought out response by the key players through intelligent scenario forecasting and response initiation.

It is instead an unfortunate fact that war-torn Afghanistan has been an area of gaining self-interests for multiple global players, used by each player involved in accordance to the player’s benefits.
Already dysfunctional governments, the interest of multiple internal and external groups, the dwelling of various terrorist organizations and the inclusion of numerous countries in the state affairs have resulted in painting a bleak outlook of the country. From the use as a factor towards Soviet defeat to the War on Terror and the indulging of U.S. in the war for almost two decades has resulted into what today Afghanistan is.

Certain global players have exploited the country for their interests while others are seeking an opportunity to derive their stated and unstated benefits from the war-torn country. Afghanistan has always been a game of musical chairs globally with the players contesting for influence, leaving and coming into the affairs of the country turn by turn, whenever possible.
In the current scenario, the US finally after 17 years has decided to quit Afghanistan while initiating a peace process within the country. US wish to hold peace talks with the Afghan Taliban and conclude the war on terror. One round of talks has already occurred, whereas the other is being expected soon. Kabul has long been a factor in showcasing the US hegemony in the region. With the US exiting, change in Kabul’s fate is being observed. Emerging stated, and unstated interests following the US exit of some regional players are as follows:
China

China has drastically increased its influence in Afghanistan. China will reportedly train Afghan troops for deployment in the Wakhan Corridor, which links the Afghan province of Badakhshan with western China. It is also considering Afghanistan’s request for combat aircraft. These are the latest developments in a growing military relationship: Beijing has granted $70 million in military aid to Kabul over the past three years. China has also held meetings with Afghan Taliban representatives over the past year and was rumored (alongside Pakistan) to have brokered and guaranteed the Eidul Fitr ceasefire.  https://www.dawn.com/news/1432003/afghan-connection.

China is seeking the opportunity of entering Afghanistan through its diplomatic efforts after observing the US exit. China’s role in Afghanistan is focused on exploiting so said economic opportunities rather than getting entangled in a deteriorating social or security environment. Why China is doing so can be summed up under a few points
Stated Interests.

China has stated that it believes that only an inclusive reconciliation process that is “Afghan-led and Afghan-owned” can provide the ultimate solution to the Afghanistan issue. China wishes to forge strategic and cooperative partnership with Afghanistan, curtailing the spread of extremism into Chinese territory and counterterrorism issues, engaging Afghanistan in Road and Belt Initiative and revival of Silk Road, stable and peaceful Afghanistan for regional stability and economic integration, large-scale investments to explore untapped mineral resources of Afghanistan and check extremism posing a threat to western provinces.

The main is protecting Chinese interests vis-a-vis the US. China has already acquired a 30 years’ lease for the Aynak Copper mines and is interested in securing further rights to mine precious metals and earth. Assist Pakistan to contain growing Indian influence in Afghanistan. China also wishes to end the long-lasting US hegemony in Kabul and the South Asian region by indulging in diplomacy with the region.

Russia is a resurging power and is averse to any potential trouble/challenge emanating from its immediate neighborhood. At present, Russia’s interests in Afghanistan including:-
Stated Interests

The stake is: curtailing the growing influence of non-state actors in Afghanistan, such as ISIS and its spread into Russian territories, reducing the inflow of narcotics into Russia emanating from Afghanistan and establishing a stable Afghanistan as a buffer between the Greater Middle East and Central Asia.
Unstated Interests
Pursuance of President Vladimir Putin’s expansionist ideas to restore Russia’s position as a geopolitical player, Accomplish her desire to reach warm waters as part of grand strategic design and Counter or limit US presence in the region.

Indian regional strategy is mainly driven by Chanakya Kautilya’s philosophy of “your neighbor is your natural enemy, and the neighbor’s neighbor is your friend.” With the Taliban ousted and the pro-Indian government installed in Kabul, India is pursuing a forward-looking policy and perceives its interests not only concerning the rivalry with Pakistan but also in regional context. Indian interests in Afghanistan are:-

Stated Interests
To exercise a greater role in Afghanistan as a key regional player influencing political, social, economic and military developments in Afghanistan, to prevent the flow of battle-hardened Taliban to IHK and oppose any power-sharing by the Afghan Government with Taliban (Ganguly, Sumit, and Nicholas Howenstein, “India-Pakistan Rivalry in Afghanistan”, Journal of International Affairs 63.1 (2009), page 127.) and to capture potential Afghan market for export of cheaper Indian goods.

Unstated Interests
Isolation and destabilization of Pakistan, to create political disharmony between Pakistan and Afghanistan by giving fillip to controversial issues, to create a two-front war sit for Pakistan and destabilize its western frontiers, to secure transit corridors that connects the oil and gas-rich Central and West Asian region through Iran, to play a critical role in CARs as well as in world affairs by exploiting international anti-terrorism sentiments to its advantage, to limit China in gaining access to the entire mineral and energy resources in Central Asia and Afghanistan (Col Zia Riaz, “Pak Army Green Book 2014”, Afghanistan Beyond 2014, 11.)  and to exploit Afghan untapped energy and mineral resources and utilize those for own economic gains.

The primary interest of Pakistan is to have peaceful and stable Afghanistan with the inclusive government in Kabul giving due share and power to all factions of society. Edge-out dominant Indian influence in Afghanistan, which could evolve into an alliance between the two countries and trap Pakistan in a two-front war sit. Counter / deter TTP / BLA and anti-government militants seeking refuge in Afghanistan. Greater trade opportunities with CARs as well as with Afghanistan and optimizing benefits of CPEC, Repatriation of over 1.7 million registered an equal number of unregistered Afghan refugees which have negatively impacted the Pakistan economy and deterioration in law and order sit and elaborate border security mechanism to control terrorism, drug trafficking, and trans-national smuggling through Afghanistan.

After analysing the strategic culture, conflict history, complexity of the prevailing environment and even far more complex interests of external as well as internal players in Afghanistan. Moreover, there are more uncountable irritants than enablers which restrict more explicit scenario building and correspondingly arriving at a set of policy for stable and peaceful Afghanistan in shorter to the longer time frame.

Afghanistan is perceived as an area of competing global players for their interests. Whereas a peace process in Afghanistan and the rebuilding efforts seem void. Afghanistan may not even have a functional government keeping in mind the scenario in the short-term time frame. The contesting players make the state affairs of Afghanistan look more like a game of musical chairs rather a sovereign, functional, self-decisive and independent state.