A Consular Mistake By Russia: The Black Monday 2020 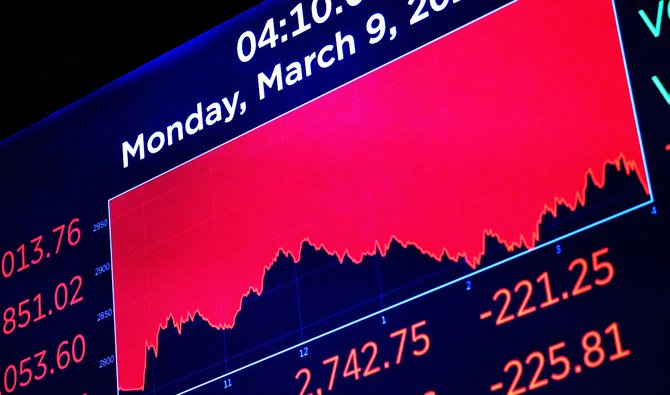 The Pandemic Covid – 19 has created a macabre situation which has disturbed the whole world mentally as well as economically. Many superpowers are trying to save their GDPs but unable to do so. Oil is a profitable sector to invest in as it provides an active and a liquid market which ultimately serves as a portfolio diversifier and inflation hedge to both traders and long term investors. But in recent times the global oil industry is experiencing a shock like never before in the history of oil market. OPEC’s biggest producer crashed the market just as the spread of Coronavirus demolished its demand.

Due to the Coronavirus pandemic, the consumption of oil fell dramatically. This gave rise to an economic war which is triggered by Saudi Arabia, in response to the Russian refusal to decrease the production of oil. Every country is exercising social distancing and the idea of work from home is at its zenith. Many countries have been locked down and due to this; countries like USA, France, Italy, and Spain are highly affected by the Coronavirus Pandemic. Therefore, a spate of problems and decrease in the physical human participation has reduced the consumption of oil worldwide. According to World Health Organisation, the Coronavirus Pandemic will not leave us until 2021 and the only precaution for the virus is social distancing. In any situation, social distancing is the need to save the world which imposes lockdown, which is decreasing the consumption of oil.

The basic reason for the War is considered to be a broken dialogue between Organisation of the Petroleum Exporting Countries (OPEC) and Russia. OPEC consists of 13 countries in the Gulf region. It was founded in Baghdad, Iraq in September 1960. Saudi Arabia is one of the five founding countries with a mission of securing an efficient, economic and regular supply of petroleum to all the consumers. The dialogues broke between the delegates over the proposed oil production cuts in the midst of the Coronavirus Pandemic. The OPEC proposed the cuts due to decrease in oil consumption throughout the world. In response to that, Russia has broken the OPEC+ alliance by walking out of the agreement.

On 8th March 2020, a price war was initiated by Saudi Arabia with Russia, by facilitating a 65% quarterly fall in the oil price. Oil prices had already dropped about 30% in January this year. Saudi Arabia is a country with oil surplus, which has leaded them to take a rebellious step towards Russia. The OPEC estimated that the 85% of the Saudi oil fields have not at all been extracted yet. Therefore, the oil will last for more than 90 years, if the production goes on at a current rate. Therefore, the step taken by the Saudis is somewhere not that damaging to them as to the whole world.

The Kingdom of Saudi Arabia and Russian Federation is bound in a bilateral relationship. Both the countries are regarded as superpowers in the petroleum field and accounts for a quarter of the world’s crude oil production. Both the countries share hatred between them because of the Syrian Civil War. President Vladimir Putin supported the government of Syria & President Bashar al-Assad with its ally Iran and Saudi Arabia supported the Turkey backed insurgents of Syria, like Al-Nusra along with Qatar.

Russia rejected an offer given by Saudi Arabia in 2015 which was economically favourable to Russia. In return, Saudi wanted Russia to drop its support for Syria as it is the main force behind the Syrian government. The relations became amicable, when President Bashar al-Assad was removed from the power which Saudi Arabia has already insisted in prior. Also, on the last visit of King Salman bin Abdulaziz Al Saud in Russia, the Russian President had requested that once the hostilities are over, Saudi Arabia should help in the rebuilding of Syria.

Saudi Arabia is the largest exporter of oil in the world. It has dominance over the global market. According to the Basic law of 1992, Article 14 states that all the wealth is the property of and under the control of the state which includes land, water and underground. Also, the Supreme Council of Petroleum and Minerals (Petroleum Council), which makes the decisions in oil and gas sectors as well as OPEC has no other option but to support Saudis’ decision. If Russia is adamant in not decreasing the production, then the price of oil decreased by the Saudis is justified. Hence, there is no violation of any kind of International Law.

The 2020 stock market crash is the worst since the 2008 Great Recession. The stock market crash initially started on 20th February 2020when the stock markets worldwide closed down. The Dow Jones Industrial Average, S&P 500 index and the NASDAQ Composite, all had finished at record high. Till 8th March, the stock markets reported their one week’s largest declines since the 2008 Great Recession. Now the world was no tready for the gargantuan move made by the Saudis and on 9th March, there were severe contractions reported worldwide due to the oil war between Russia and OPEC led by Saudi Arabia. A tumbling situation further took a nosedive.

After 3 days of Black Monday, there was another drop on Thursday when the stocks fell more than 9% across the biggest trading continents. It was the largest single day drop experienced by the Wall Street since the 1987 Black Monday. Bear market was declared in most of the G7 and G20 countries. By the end of the 2nd quarter of 2020, the GDP of USA would shrink by 34%, according to the Goldman Sachs. The unemployment rate will be increased to 15%. The USA has more than a million active patients to save from Coronavirus. The end of the Coronavirus Pandemic will show the clear stats of damage for the leading world economies, but the predictions are woebegone.

The irascible behaviour of Russia and Saudi Arabia has created a global recession. A situation created by the war between Russia and Saudi Arabia could have easily been prevented, if the dialogue between the delegations had reached to an agreement. It has been seen in history of recessions that it takes at least 2-3 years to get back to a mundane position. The world will witness a torrent of problems like sharp rise in unemployment, collapse of tourism industry, increase in government debts, etc.

End of War: A Step Towards Peace

Due to this oil war, Russia paid a heavy price to end this war. Putin catapulted Russia into a dominant role in global energy politics but the recent judgement makes them ancillary. Russia decided to cut more than 2.5 million barrels a day of crude from the 11 million barrels a day. The decision to face off against Saudi Arabia was adoomed decision and is considered to be a strategic mistake for which they are paying the price. The Russian Federation has agreed to continue the smaller cuts until May 2022, which pushes it back in time. The failure to anticipate the effect of walking out of the agreement in the time of a Pandemic is costly to Russia’s reputation and world economy. The step taken by Russia is essential to overcome the world’s crisis but not to the opulent image of Putin. The strategic mistake has loosened his grip on the Middle East where he was a key player. Russia has lost the markets and it won’t be easy for them to get it back.