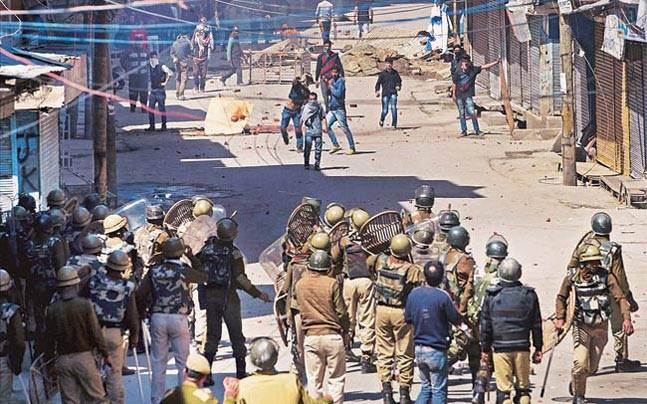 People of Kashmir have become aliens in their homeland, (Apne hi mulk my paraye) 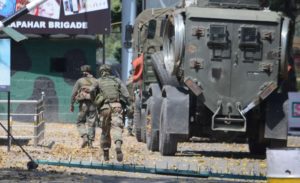 Kashmir, as a geographical entity and along with its population, has since 1948 been controlled by both India and Pakistan and the grand narrative of Kashmir politics in the subcontinent has been divided into two concepts i.e., Pakistan recognizes Kashmir as its jugular vein (sheh-rag) and India as its integral part (atoot ang). But in between, there are several questions that have haunted the region for decades: like, what is Kashmir problem? Why has democracy suffered in Kashmir? Why its people are protesting even after 68 years of partition? Why the harsh laws like TADA, PSA, AFSPA, etc. were implemented in the state? Why people were and are being ruthlessly tortured and killed? Why India and Pakistan fought wars with each other? And one of the most important questions is why the people of Kashmir feel alienated from rest of India especially after the 1990s? There are many other issues but if we focus on the issues as mentioned above and try to find answers by intellectual means, and head towards the solution, all the other big or small problems will vanish, and peace can prevail in Jammu & Kashmir and, of course, in the two countries.

Kashmir issue is what former Indian home minister P. Chidambaram once said: “It’s all about broken promises which New Delhi from time to time had made with Kashmiri’s.” The statement has rational power to understand the problem of Kashmir dispute. Clearly, the accession of Kashmir to India had been an issue as early as the time of independence and partition. As Alastair Lamb records, included in the instrument of accession itself was a particular clause requiring a plebiscite to determine the wishes of the people once law and order had been re-established. (Alastair Lamb, Kashmir A Disputed Legacy 1846-1990, Chapter VI)

Unlike other princely states, Kashmir had acceded to India conditionally, and that conditional integration was accepted by India’s post-independence leadership. So there is no other choice for the leadership in Delhi but to come to terms with the historical legacy of Kashmir conflict. They have for decades overruled that choice and instead preferred to experiment with their versions of what they call a ‘solution’ but to no avail.

Elections are one of the essential tools used as a measuring scale for democracy or representative government and its success. No doubt elections have been conducted in State of Jammu and Kashmir from 1951, but the “nature of elections has always been doubtful because for Indian establishment national interest becomes more important than democracy.” (Balraj Puri, Kashmir Insurgency and After, p. 49) In 1951 the State constituent assembly elections were held, and National Conference won all the 75 seats, Other than the National Conference politicians nobody even dared to file nomination papers in the Valley. We witnessed the same in 1957 and 1967 state assembly elections. In 1987, the State Assembly elections were entirely unfair and rigged, which is no secret, and it affected the democratic culture of the State. As the Central Government rules over the State without any check and balance, in the absence of democratic structure “the discontent of people showed the first seeds of secession.”(Balraj Puri, Kashmir Insurgency and After, p. 48) So, Kashmiris never saw what Indian state claimed the second largest democracy in the world; even the leaders of the pre-1947 Jammu and Kashmir freedom struggle especially Sheikh Abdullah and his party NC were inspired by the Indian National leaders such as Nehru and Gandhi during the freedom movement. But the post-independence leadership of India did not make any attempt to support the idea of democracy in Kashmir. National interests were more important to India than to withstand Democratic culture in Kashmir.

During the early 1990s the people of the State came out to protest against the rule peacefully, but the nature and behavior of the state were too brutal that it killed hundreds of civilians and disappeared several hundred which lead to the profound alienation of Kashmiris from the rest of India. Denial of such rights as civil liberties, fair trial, peaceful demonstration, freedom of press and speech, exercising of torture, disappearances, sexual assault on women and excessive force used by Indian security agencies led to the breakdown of democratic principles and people of Kashmir became aliens in their land. It’s a matter of great concern that the India forces have been given a free hand to kill any person they choose. The killing of innocent civilians in 2008 Amarnath Land Row agitation and Kashmir Unrest 2010, in which more than 230 civilians were killed, changed the face of Kashmir politics. New Delhi took some measures to stop the protests, and it succeeded in major part. UPA Government started a dialogue with all the stakeholders, including Hurriyat and the professional interlocutors were sent to Kashmir with Dilip Padgonkar as the head. The interlocutors worked very hard to find a solution and prepared a comprehensive report which they submitted to the then home ministry of India headed by P. Chidambaram. But alas! The Indian government did not step forward to fulfill any of the recommendations which led to a further deterioration of the already worsened situation. People lost faith in the process of so-called “dialogue.”

The execution of Afzal Guru in Tihar jail and the subsequent emergence of Burhan Wani as a new face of militancy in the age of globalization was a challenge to the Indian security agencies and Indian democracy. Hailed as a hero among a sizeable section of the local youth, his rise motivated people to join militant movement again, especially the educated young people who could have better future tomorrow. This was reported even by the State government. Pertinently, there has been an increase in the number of incidents of rifle snatching in the south Kashmir district, and at least 37 weapons have been snatched by militants to replenish their dwindling arsenal and arm the new recruits. Police records maintain that in the year 2013, 20 youth, in2014, 56 and in 2015, 69 joined militancy (GK report). The 2016 revolt after the killing of Burhan Wani (Hizbul Mujahedeen commander) has led to the death of more than 90 innocent civilians. Hundreds blinded and thousands have been injured, and minors are logged in different jails, and public safety act has become a common law to suppress the both Hurriyat leaders and common Kashmiris, and nearly 500 people had been booked under this undemocratic and notorious law. The present revolt is not the new or first one in Kashmir, we have witnessed such uprising and unrest right from the Indira-Sheikh Accord of 1975, people protested in the 1990s also, and it became a culture among Kashmiris from1990s onwards to protest against the state terrorism and human rights violation by Indian forces. It’s not a new phenomenon, but it is in broad sentiment among Kashmiris from1947 which burst up during the 1990s in the name of militancy and is still going on.

A lasting solution to Kashmir will only be possible if India and Pakistan are willing to be more flexible on their respective positions. Fruitful Negotiation from the both sides is the only way to deal with the Kashmir conflict. At the end of the day it is the ground situation inside Kashmir that has pivotal importance, and New Delhi has to recognize it because if the Indian state keeps on attempting to crush the upsurge in Kashmir and the aspiration of people by force, it will have to pay the price, the most important of which may be the erosion of its so called the democratic and secular character.