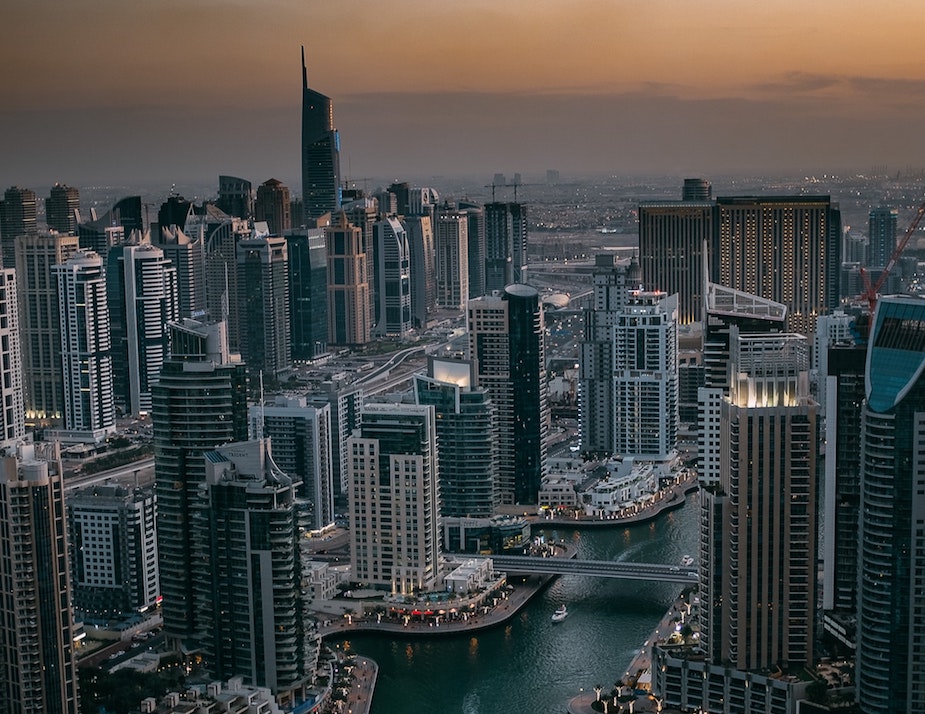 If real estate is anything to go by, Dubai is snubbing its nose at Saudi efforts to replace it as the Middle East’s go-to business and expatriate hub.

Saudi Arabia’s insistence that corporations doing government-related business in the country, many of which have their regional base in Dubai, move their offices to the kingdom by 2024 has yet to dampen the appetite for Emirati real estate.

Last week, the kingdom eased its rules by exempting companies that are sole bidders on a government contract and enterprises with annual foreign operations worth less than one million Saudi riyals ($266,000).

Prominent among those projects is Neom, a US$500 billion futuristic, 25,000 square kilometre desert city on the Red Sea.

Saudi Crown Prince Mohammed bin Salman expects Neom, which seems more like a vignette in a science fiction novel than a real-world project, to become home to nine million people.

Neom takes a leaf out of Dubai’s marketing strategy that has successfully touted the Emirate’s projects in superlatives.

Conceived as a linear metropolis, the city in the making envisions creating 15 islands in its first phase alongside “a complete mobility system,” the “largest marina on Earth,” and a commitment to sustainable energy and turning 95 per cent of the city into a natural reserve.

If indeed built as envisioned in the mind-boggling plan for the city, Neom, a metropolis centred on The Line, a 34 square kilometre linear smart city, will run on 100 per cent renewable energy with no carbon emissions, have no roads or automobiles, and retain most of its area for wildlife thanks to its smaller infrastructural footprint.

Mr. Ambani also acquired an US$80 million mansion for his youngest son.

Weeks later, a mystery buyer purchased an eight-bedroom, 18-bathroom villa on Palm Jumeirah for US$82.4 million.

A large influx of ultra-high-net-worth, often cash-paying individuals, many of them Russians, fuels real estate demand in Dubai that last year drove prices up by 70 per cent.

The freewheeling deals were one reason why the Financial Action Task Force (FATF), an anti-money laundering and terrorism finance watchdog, put the UAE on its grey list.

Even so, Dubai appears to have no intention of publicizing its property registry. Critics assert authorities have little incentive to increase oversight or transparency because that would dampen interest at a moment when Saudi Arabia is seeking to unseat the Emirate, at least as far as corporates are concerned.

Moreover, discretion is one reason the Dubai real estate market goes from height to height at times of crisis, like the Ukraine war and the recent pandemic.

Beyond Russians, recent buyers include cash-rich Gulf nationals, Israelis, people leaving China since the easing of Covid-19 restrictions, and those shifting operations out of London in the wake of Britain’s exit from the European Union.

In a statement last year, the UAE said that it “takes its role in protecting the integrity of the global financial system extremely seriously. This includes embedding a clear regulatory framework for real estate brokers,” who are obliged to file reports to the government’s Financial Intelligence Unit for real estate purchase and sale transactions.

Nevertheless, the Dubai real estate market has witnessed its up and downs.

Many see the 2008/2009 crash as the fallout of the global financial crisis, even though research by major real estate companies predicted a downturn before and independent of the economic collapse.

Analysts caution that debt refinancing because of the rising cost of borrowing poses a threat in a market in which 19 per cent of banks’ credit-risk exposure is real estate-related.

“Do I worry about a tsunami or typhoon? Well, it’s like the pandemic, no one saw it coming, but it came. You can’t really worry about that,” said Murat Ayyildiz, chairman of Alpago Properties, a Dubai luxury property developer.

Thank you to all who have demonstrated their appreciation for my column by becoming paid subscribers. This allows me to ensure that it continues to have maximum impact. Maintaining free distributions means that news website, blogs, and newsletters across the globe can republish it. I launched my column, The Turbulent World of Middle East Soccer, 12 years ago. To borrow a phrase from an early proprietor of The Observer, it offers readers, listeners, and viewers ‘the scoop of interpretation.’ If you are able and willing to support the column, please become a paid subscriber by clicking on Substack on the subscription button and choosing one of the subscription options. You can also support the column on Patreon at www.patreon.com/mideastsoccer. Your support is invaluable. Thank you.

Dr. James M. Dorsey is an award-winning journalist and scholar, an Adjunct Senior Fellow at Nanyang Technological University’s S. Rajaratnam School of International Studies, and the author of the syndicated column and blog, The Turbulent World of Middle East Soccer.