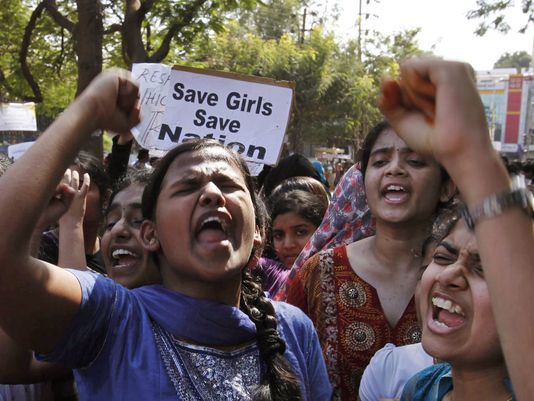 Violence against women both during conflict and post-conflict can be seen as a continuum of the discrimination women experience in peacetime. Conflict exacerbates pre-existing patterns of discrimination based on sex and puts women and girls at heightened risk of sexual, physical and psychological violence. The underlying causes of violence both in peace and in conflict are the same: historically unequal power relations between men and women, systemic or structural causes such as gender-based discrimination and a patriarchal value system. Also, conflict causes an acceptance of higher levels of violence, and in the post-conflict phase, deeply rooted inequalities that existed before the conflict are aggravated. Niamh Reilly, Women’s Human Rights (Polity Press, 2009), p. 98.

Women’s participation in peace processes and their role as agents of change
Despite the challenges that the post-conflict vacuum poses for the enjoyment of women’s human rights, it can also be viewed as an opportunity for transformation—to change the societal structures and norms in place before the conflict which contributed to the violence against women in the first place. To ensure this transformation, it is imperative to take into account women’s various roles and diverse experiences of conflict, not only as victims but as combatants, as part of organized civil society and as human rights defenders, as members of resistance movements, and as active agents in both formal and informal peace processes. Reilly, Women’s Human Rights, pp. 93–98; and Committee on the Elimination of Discrimination against Women, general recommendation No. 30 (2013), paras. 36 and 42. Gender-sensitive transitional justice mechanisms and reparations can play an important role in the post-conflict transition, as can the inclusion of women at all stages of the peace process/negotiations and all levels of political decision-making post-conflict, taking into account their different roles and experiences.

The Security Council, in its resolution 1325 (2000) and subsequent resolutions, and the Secretary-General, in his reports on women, peace, and security, and sexual violence in conflict, recognize women’s role in peacebuilding efforts. Resolution 1325 (2000) referred to the disproportionate impact of armed conflict on women and children, while at the same time acknowledging that women are not mere victims of conflict, but also active agents with an important role to play in conflict prevention, peacekeeping initiatives, conflict resolution and peacebuilding efforts. Security Council resolutions 1325 (2000), 1820 (2008), 1888 (2009), 1889 (2009), 1960 (2010), 2106 (2013) and 2122 (2013); and the reports of the Secretary-General on women, peace and security (S/2002/1154, S/2004/814, S/2005/636, S/2006/770, S/2007/567, S/2008/622, S/2009/465, S/2010/498, S/2011/598, S/2012/732, S/2013/525), on women’s participation in peacebuilding (A/65/354–S/2010/466, A/67/499-S/2012/746), on sexual violence in conflict and implementation of the relevant resolutions (S/2009/362, S/2010/173, A/65/592–S/2010/604, A/66/657–S/2012/33, A/67/792–S/2013/149, S/2014/181). Note that Security Council resolutions are legally binding on United Nations Member States, which makes resolution 1325 (2000) and follow-up resolutions powerful advocacy tools.
This was a significant departure from references to women as victims or vulnerable groups. United Nations Security Council resolution 1889 (2009) reiterates the critical role of women in preventing conflict and in peacebuilding, and urges the participation of women in all phases of the peace process, including in conflict resolution and post-conflict planning. It emphasizes the development of strategies that address the needs of women and girls in post-conflict situations, including access to education, health services and justice, and gender equality. The resolution also urges the Member States to ensure gender mainstreaming in all aspects of post-conflict peacebuilding and recovery.
Some positive effect of implementing resolution 1325 (2000) can already be seen on the ground. By June 2012, 37 States had adopted national action plans on women, peace, and security, and some others were developing such programs. Report of the Secretary-General on women and peace and security (S/2012/732).
Importantly, the Committee on the Elimination of Discrimination against Women has requested States to include compliance with Security Council resolutions on women, peace, and security in their reports to it, adding to the monitoring of their implementation, since all areas of concern expressed in the resolutions reflect binding provisions of the Convention. Reilly, Women’s Human Rights, p. 113; and Committee on the Elimination of Discrimination against Women, general recommendation No. 30 (2013), paras. 25–28. See also its general recommendation No. 23 (1997) on women in political and public life.

Despite these advances and reform already in place, considerable challenges with implementing these standards remain. The Secretary-General’s 2012 report on conflict-related sexual violence (A/66/657–S/2012/33) illustrates these very well. Gender-based violence in those settings remains rampant, and women’s access to justice, decision-making and services remain limited. The Secretary-General’s previous reports also underlined the remaining challenges and obstacles to women’s meaningful participation in peace processes and came up with general recommendations and action plans for United Nations agencies in cooperation with other stakeholders to be able to address these challenges more effectively (A/65/354–S/2010/466). Recent civil society reports have also pointed out that women’s experiences of conflict and post-conflict continue to reveal exclusion, marginalization and limited decision-making power. Kavitha Suthanthiraraj and Cristina Ayo, Promoting Women’s Participation in Conflict and Post-Conflict Societies: How Women Worldwide Are Making and Building Peace (Global Action to Prevent War, NGO Working Group on Women, Peace, and Security, and Women’s International League for Peace and Freedom), pp. 82–94; Global Network of Women Peacebuilders, “Women Count: Security Council resolution 1325 – civil society monitoring report” (October 2010).
However, the global indicators set up by Security Council resolution 1899 (2009) as well as the Security Council’s request to the Secretary-General to ensure that relevant United Nations bodies, in cooperation with the Member States and civil society, collect gender-disaggregated data were designed to promote a more efficient implementation of resolution 1325 (2000). Also, resolution 1960 (2010) establishes a mechanism that allows the Secretary-General to list parties “that are credibly suspected of committing or being responsible for patterns of rape and other forms of sexual violence in situations of armed conflict” on the Security Council’s agenda. It also requests parties to armed conflict to make specific, time-bound commitments to combat sexual violence, and the Secretary-General to track and monitor the implementation of these commitments. Finally, it requests the Secretary- General to establish monitoring, analysis and reporting arrangements on conflict-related sexual violence.
These remaining challenges highlight the need for a comprehensive approach. The interrelatedness and interdependence of human rights require attention to be paid to all human rights of women and girls in conflict and post-conflict, both civil and political rights, as well as social, economic and cultural rights. The same applies to transitional justice reforms: securing all human rights of women and girls is critical for full post-conflict transformation. For example, the fulfillment of duties such as economic and social rights is imperative for the eradication of gender-based violence and for women to be able to take on more active roles in peacebuilding. Extreme poverty and unequal access to land, property, education and services have been mentioned as some of the reasons for women’s low participation in peace processes and politics, and structural inequalities including socioeconomic ones are often raised as root causes for gender-based violence. Thus, treaties such as the Convention on the Elimination of All Forms of Discrimination against Women and the International Covenant on Economic, Social and Cultural Rights have an important role to play in ensuring women’s rights both during the conflict and during post-conflict transitions.
Women’s economic, social and cultural rights and conflict
Women’s particular vulnerability to social and economic deprivation worsens in conflict and post-conflict situations, as conflict exacerbates gender-based discrimination and is accompanied by the loss of livelihoods and the destruction of family and community structures.See the Montréal Principles on Women’s Economic, Social and Cultural Rights; and the Centre for Housing Rights and Evictions (COHRE), the International Network for Economic, Social and Cultural Rights (ESCR.net) and International Women’s Rights Action Watch IWRAW Asia-Pacific, “A primer on women’s economic, social, and cultural rights”. Available from www.escr-net.org/usr_doc/Primer_WESCR_English_rev1.pdf (accessed 27 November 2013). Today, women represent 70 percent of the 1.2 billion people living in poverty worldwide.
Former women combatants may experience discrimination since in some cases disarmament, demobilization and reintegration programs or other assistance to former combatants exclude women. Women who have been combatants also experience more difficulties reintegrating and getting back to civilian life than male ex-combatants, since they defied traditional gender roles by becoming fighters, which is not readily accepted by their families and communities. Discriminatory laws might prevent women and women-headed households from owning, inheriting, occupying or accessing land or other forms of property, or keep them from obtaining credit or loans without a male guarantor. Other serious challenges are the lack of appropriate institutional responses to gender-based violence, such as health care, counseling or shelters, as well as inadequate access to education or employment opportunities.
Particular attention should be paid to the judicial enforcement of economic, social and cultural rights in transitional contexts, especially women’s economic, social and cultural rights given their increased vulnerability in conflict and post-conflict. Rule-of-law reforms such as the review of critical legislation and constitution writing, peace agreements, transitional justice mechanisms and reparations programs or other post-conflict reform should take into account violations of women’s economic, social and cultural rights and civil and political rights equally, also because these rights are intrinsically linked. This will secure a comprehensive and lasting post-conflict transformation and an environment where women fully enjoy their fundamental rights.
Women and children also make up the majority of the world’s refugees and persons internally displaced by conflict, who are particularly exposed to gender-based violence and threats to their personal security and also face discrimination in accessing food, water, housing, education, adequate medical care, and sanitation. Also, women’s right to adequate shelter is particularly threatened during the conflict, mass displacement or forced relocation when forced evictions tend to happen and affect women disproportionally. See Committee on Economic, Social and Cultural Rights, general comment No. 7 (1997) on the right to adequate housing: forced evictions; and “Women and appropriate housing” (E/CN.4/2003/55).

During conflict women often become de facto heads of households and thus responsible for everything, from taking care of the children, their education, access to food, water, and essential services, to generating income. A positive aspect of this is that these responsibilities provide women with an opportunity to make decisions regarding the running of the household and the cultivation of land which they would not normally have. However, studies show a reduction in women’s participation in public life and decision-making post-conflict, suggesting that women are often forced back into their traditional domestic roles. Women and women-headed households experience several obstacles in realizing their rights in transition.
The Committee on Economic, Social and Cultural Rights has underscored, in its general comments Nos. 15 (2002) on the right to water and 14 (2000) on the right to the highest attainable standard of health that certain core obligations of the State are non-derogable and thus apply in all situations including conflict, internal strife or emergencies. According to the Committee, States have a core obligation to ensure safe access without discrimination at all times to the minimum essential amount of water. Other on-derogable, core responsibilities include providing, without any discrimination and especially for vulnerable or marginalized groups, access to health facilities, goods, and services, to minimum essential food, basic shelter, housing and sanitation, to basic drugs, and reproductive, maternal (prenatal as well as postnatal) and child health care. Its general comment No. 18 (2005) on the right to work explains that access to employment, especially for marginalized groups, as well as the obligation to avoid any measure that results in discrimination or unequal treatment in the private or public sectors of disadvantaged individuals or groups, are core (non-derogable) obligations of the State.
Importantly, the Convention on the Elimination of All Forms of Discrimination against Women also guarantees women’s access to health care and services (art. 12), training and education (art. 10), and employment opportunities (art. 11). The Convention also grants special protection to those who have been displaced or rendered stateless or have become refugees or asylum seekers by providing for women’s right to a nationality, movement and choice of domicile (arts. 9 and 15.4).