Winter in Kashmir: For local Kashmiris, it’s living a nightmare 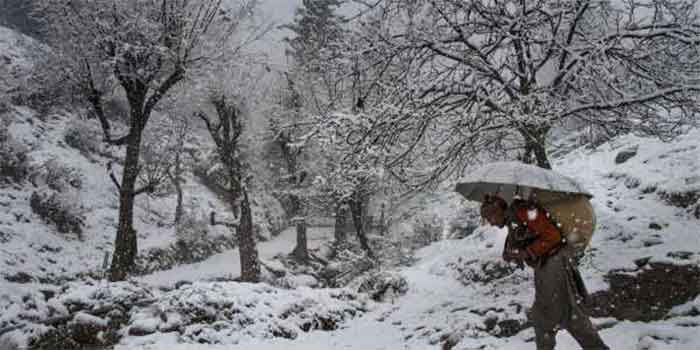 The line in the subtitle above underscores a reality that not many of those coming to visit the valley from outside Kashmir would concede as a fact of life. The fact is that whereas everything is done by their local hosts and the local administration to ensure that they have a comfortable stay in the valley, with access to all the amenities including an almost uninterrupted power supply at their places of accommodation, the local population surely cannot be expected to be that lucky, and that’s perfectly understandable. However, what is not as clear is the disparity between the two classes which actually is too mind-boggling to be passed for as being routine or normal, as the following passages shall reveal.

Following the onset of Covid-19 in India about ten months back, a breakdown, or at least a simulacra of it (borrowing the phrase from P. B. Mehta), has been in evidence all over India impacting especially the health care, education, travel and tourism, hospitality and many other services. But nowhere has the breakdown of these services been as over-arching and complete as is being seen in the Kashmir valley. The elemental fury of the weather during this part of the year that has unleashed itself this year has only complicated matters beyond redemption. The most heart wrenching scenes are to be witnessed in the hospitals of Srinagar, and worse still in the rural Kashmir, where even the terminally sick patients are left to fend for themselves for want of medical facilities or timely advice from the doctors. This is on account of a complete suspension of traffic on the roads, most of which continue to remain blocked due to what has been the heaviest snowfall in decades, made worse by the snail’s pace of work of the concerned departments of the JK administration to clear the roads of the accumulated snow. There are signs of mortal fear in the air afflicting people all across the valley where the only prayer to Nature comes in the form of a wish to be spared the prospect of someone in the family falling sick that might necessitate the patient being removed to a hospital for treatment. Or worse still, the possibility of death in the family when the rituals accompanying the ablutions, the burial of the deceased or the arrangements for feeding the bereaved family during the period of mourning present the greatest challenges yet to the family, the friends, relatives and the neighbours. The frequent power breakdowns leading to a complete blackout, or the freezing of water pipes accompanied by the bursting of pipes is a nightmare that every single soul in Kashmir would wish to be safe from. In normal circumstances, an escape from the fury of harsh winter weather would be sought by way of undertaking long visits outside the valley, especially by the economically privileged sections among Kashmiris. Sadly, this year has been an exception on account of the unusual suspect – Covid-19 which has severely curtailed prospects of travel and of settling away from home.

The solitary point that’s intended to be hammered home in this essay is this: what have successive governments in J&K done to alleviate the monumental sufferings of the people, especially of those living in the valley that have to contend with a winter when everything is thrown out of gear. One might counter by arguing that weather is not something of someone’s making and that holding others accountable for the accompanying sufferings is unfair. Sure enough, but that is not my plea. All I’m trying to say is that one would hope to take the sting out of such inhospitable weather conditions if only the vast resources of the valley which are being employed and exploited to generate electricity and of which the sheer bulk is being diverted to Delhi and many other parts of India, the rightful share of it was restored to the valley which is left to make do with a measly 15% of the electricity thus generated. The net result of this arrangement has been that large parts of the valley are rendered without electricity for the better part of the season. However, the situation would certainly not have been as bad and pathetic had the successive governments in J&K been serious enough to at least claim and eke out our own share of electricity from the Central government which is due to those who live here. Had that been so, most parts of the valley would not have had to go without electricity for days and weeks on end. The situation in the urban areas and more so in Srinagar, is unarguably better, not because there is uninterrupted power supply in the Srinagar city, but because the load sharing is arranged more or less to be evenly distributed.

The cynics would dismiss this argument as tendentious on the plea that residents living in uptown Srinagar have no reason to grumble as they are better placed on this count. Perhaps, and that is on account of those like this writer having the privilege of living in an area where the residents have to settle for a “comparably insignificant” power cut of say, 6-7 hours daily! But that does not take away from the fact that there has been a method at work that informs this mad obsession of the governments at the Centre to continue to deprive the people of Kashmir of the rights which are their due.

This is, however, only the tip of the iceberg at the top of the mountain of snow that has buried the valley underneath! A long regime of deprivations in Kashmir which has been the flavour of all seasons with the powers that be has come at a price, and a humongous one at that. Surely for Kashmiris, but more ominously for those who are endlessly wondering how to fix the political turmoil in Kashmir. An appeal to the principle of Occam’s Razor would have informed them that the complete loss of faith of Kashmiris in the idea of India owes as much to the Centre’s unwillingness to resolve the K-tangle and its excessive use of violence to deal with it, as to its stubborn refusal to deny them the rights and the privileges which they deserve as ordinary humans. It’s not for nothing that the situation as it obtains in Kashmir right now has come to a tipping point, with no sign in sight of normal life returning to this place any time soon, regardless of whether it is rain or shine. Unless, of course, those in authority saw the writing on the wall and conducted their ‘politics’ accordingly!