Will the real Pakistan stand up, please? 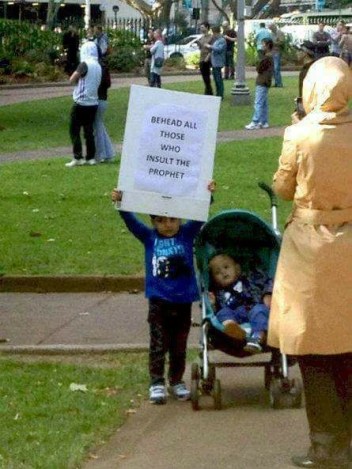 Two headlines this month beg the question US officials have been grappling with for more than a decade: Will the real Pakistan stand up, please?

Pakistan’s The News reported that the government had designated Islamabad as a pilot project to regulate Friday prayer sermons in the city’s 1,003 mosques, of which only 86 are state-controlled, in a bid to curb hate speech, extremism and demonization of religions and communities.

The project is modelled on procedures in Saudi Arabia, the United Arab Emirates and Egypt that are primarily intended to exert political control. The Islamabad project is in part designed to counter mounting criticism by the Trump administration, which has suspended funding to Pakistan, as well as growing unease in China over what Pakistani militancy could mean for its massive investment in the country.

It is also intended to support Pakistani efforts to evade blacklisting by the Financial Action Task Force (FATF), a 37-member inter-governmental agency that polices adherence to anti-money laundering and funding of political violence measures.

The government has drawn up a list of 44 subjects on which prayer leaders should focus in their sermons. They include women rights; Muslim unity; Islamic principles of trade, cleanliness and health; concepts of an Islamic state; the importance of hard work, tolerance, and honesty; and the notion of the finality of the Prophet Mohammed.

The belief that Mohammed was the last prophet or Khatm-e-Nabuwwat is core to Muslim faith. Yet, it has allowed Sunni Muslim ultra-conservatives and others to whip up popular emotion in pursuit of political objectives, nowhere more so than In Pakistan where a draconic anti-blasphemy law has aided and abetted them.

The military late last year mediated an end to a weeks-long blockade of a main artery leading into Islamabad that disrupted traffic in multiple cities to protest a perceived softening of the government’s adherence to Islam in a proposed piece of legislation. The protesters successfully called for the resignation of the justice minister for failing to refer to Prophet Mohammad in a constitutional bill.

The second headline reported that Islamabad High Court judge Shaukat Aziz Siddiqui demanded in a ruling that parliament “take measures which can completely terminate those who scar (the belief in Khatm-e-Nabuwwat).”

Justice Siddiqui sits on the bench of a courthouse that last year had graffiti in a corridor demanding that blasphemers be beheaded. Mr. Siddiqui, who has defined blasphemers as terrorists, was ruling in a case brought before him by some of the protesters who had blockaded traffic that would effectively bar from public service Ahmadis, a sect considered heretic by orthodox Muslims because it views its 19th century founder, Mirza Ghulam Ahmad, as a prophet.

Pressured by Saudi Arabia, Pakistan in 1974 excommunicated Ahmadis in a constitutional amendment that enshrined the principle of Khatm-e-Nabuwwat as integral to the Islamic faith. Pakistani President Zia ul-Haq criminalized Ahmadi practices a decade later by barring Ahmadis from “posing as Muslims” or using Islamic titles, greetings, scriptures or calls to prayer.

Mr. Siddiqui’s ruling appeared to contradict the government’s effort to get a grip on expressions of Sunni Muslim supremacism that amount to hate speech and discrimination of the other in a country in which extremism has been fuelled by intolerant, anti-pluralistic views.

The ruling, despite paying lip service to constitutional guarantees of “complete religious freedom, including all the basic rights of the minorities (Non-Muslims)” and the state’s obligation to “protect their life, wealth, property, dignity and protect their assets as citizens of Pakistan,” spotlights contradictions in the constitution.

On the one hand, the constitution recognizes the principle of Khatm-e-Nabuwwat. On the other, article 20 enshrines the notion of freedom of religion while article 27 bans discrimination in recruitment for public office.

Without explicitly identifying Ahmadis, Mr. Siddiqui said it was “alarming” that “one of the minorities” was “often mistaken for being Muslims” due to their names and general attire. He warned that this “can lead them to gain access to dignified and sensitive posts, along with benefits.”

Human rights activists and lawyers have called for the ruling to be challenged in the Supreme Court. “This is clear hate speech. What is the judge asking them to be terminated from? Their jobs? Doesn’t that take away their basic right to life and dignity?” said lawyer and human rights activist Jibran Nasir.

The plaintiffs in Mr. Siddiqui’s case were supporters of Tehreek Labbaik Pakistan (TPL), a political front for Tehreek Labbaik Ya Rasool Allah (TLR), which glorifies Mumtaz Qadri, who was executed in 2016 for killing Punjab governor Salman Taseer because of his opposition to Pakistan’s blasphemy law.

Tens of thousands attended Mr. Qadri’s funeral and his supporters have built a well-frequented shrine to honour him in his hometown. Lawyers associated with TPL have instigated multiple blasphemy cases in Pakistani courts.

The Lahore-based Centre for Social Justice estimated that at least 1,472 people have been charged with blasphemy 1987 and 2016. Of the 730 Muslims charged, 501 were Ahmadis.

Activists and scholars argue that a rollback of the country’s blasphemy law which applies the death sentence to those convicted is a requirement if Pakistan is serious about combatting extremism. A study by political scientist Nilay Saiya of 51 Muslim majority countries concluded that those that enforced anti-blasphemy laws were more susceptible to political violence.

“Both the concept of blasphemy and the prescription of any sort of punishment for its occurrence stand contrary to the Qu’ran… The modern invocation of religious defamation laws stems from political leaders in Muslim-majority states…who have exploited such laws as a crafty way to use religion for political purposes including inflaming religious sensibilities, silencing criticism of the regime, generating patriotism, fostering national cohesion, co-opting Islamic supporters, and undercutting detractors,” Mr. Saiya said.

Mr. Saiya argued that blasphemy laws encourage militants to attack with impunity individuals, homes, places of worship, and businesses of those believed to be blasphemers in the knowledge that the state will turn a blind eye to their actions.

“Violent non-state actors thus feel empowered to commit acts of terrorism with little or no fear of governmental reprisal because blasphemy laws, in effect, lend the authority of the state to religious figures and reinforce extreme views. Rather than control the forces of extremism, blasphemy laws appease and encourage them. The result, expectedly, is that states that attempt to curry favour with radicals embolden them to take matters into their own hands; eventually such countries fall prey to violence carried out by those same radicals,” Mr. Saiya said.

“The vagueness of the (Pakistani) language concerning blasphemy allowed radicals to interpret the code in very loose ways and open-endedly persecute those believed to be guilty of defiling, in any way, ‘the sacred name of the Holy Prophet Muhammad’… Pakistan’s blasphemy law thus opened the floodgate for extremism and terrorism which the government was unable to subsequently control,” Mr. Saiya added.

Given Mr. Saiya’s analysis, both headlines represent Pakistan. The problem, however, is that the Pakistan that wants to reign in supremacism, hate speech and extremism has little chance of succeeding without far-reaching political and legal change that would uproot the vested interests of Pakistan that sees religious and political militancy as a useful tool.

That may be a step too far for those interests even if they recognize a need to be seen to be advocating change with band-aid solutions like trying to control Friday prayer sermons.