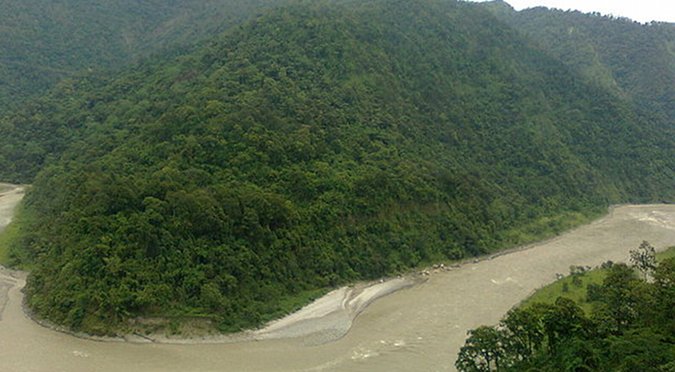 There used to be a sexist Sanskrit saying cautioning against including a woman on an important trip. Former prime minister Manmohan Singh may have learnt the widsom of this ancient adage when West Bengal Chief Minister Mamata Banerjee abruptly opted out of his team during a visit to Bangladesh in late 2011 to sign an agreement on the Teesta river waters.

Now, she is expected to accompany Prime Minister Narendra Modi on a similar trip. Although she has apparently agreed not to raise any objections when the Land Boundary Agreement is signed by the two countries on the enclaves which have been left in each other’s territory because of a messy partition 68 years ago, it is still not certain that she will accept the terms and conditions of the Teesta treaty.

The reason for the doubts is her longstanding belief that the terms deny what she claims is West Bengal’s legitimate share of the river waters. According to her, this portion is about 75-80 per cent, which is necessary for the farmers in the state’s northern districts near the foothills of the Himalayas.

Since this estimate is way above what the proposed treaty stipulates – West Bengal is to receive 50 per cent during the rainy season and 60 per cent in the October-to-April period – the chances of the chief minister accepting the agreement are not very high. Another percentage-wise division gives India 52 per cent and Bangladesh 48 per cent. A third estimate is 39 per cent for India, 36 for Bangladesh and 25 unallocated so that the water can flow into the Bay of Bengal.

Some kind of an understanding between Kolkata and Dhaka was expected during Mamata Banerjee’s visit to Bangladesh in February when Bangladesh Prime Minister Sheikh Hasina expressed her “full faith” in the West Bengal chief minister. But, apart from the fact that they both could converse in their mother tongue, (Bengali) it is unlikely that there was a narrowing down of the wide gap between the quantum of the water which each wants.

As a country which is downstream from all Indian rivers, Bangladesh has rarely been satisfied with New Delhi’s attitude on the subject. One of the first contentious disputes was over the construction of the Farakka barrage in the 1960s, which was meant to divert water from the river Ganga into the Hooghly in order to facilitate shipping in Kolkata port, which was being choked by accumulated silt. Extra water was needed, therefore, to flush out the silt.

Since the Ganga flows into Bangladesh, where it is known as the Padma, Dhaka’s fear was that the diversion upstream would lead to the drying up of the Padma and its tributaries. India’s argument that Bangladesh’s “problem” was excess of water and not its paucity did not convince Dhaka.

A combination of the effects of the Chinese dam and the Indian restrictions on the Teesta waters can be a cause of considerable worry in Bangladesh. The basis of this concern is the drying up of the Teesta in its lower stretches because of the construction of the Gazaldoba barrage in West Bengal and several small, “run-of-the-river” dams (which do not affect its main flow) in Sikkim, where the 200-mile long river originates, for irrigation purposes.

There is little doubt that India will be keen to lessen these concerns with a settlement of virtually the only remaining problem between the two countries – now that the issue of the enclaves has been resolved – since it will then be possible to move ahead with other initiatives.

These include the transport of goods between India’s northeastern region and the rest of the country through Bangladesh and facilitating the latter’s road links with Nepal and Bhutan.

The opening of bus services between Kolkata and Agartala via Dhaka, and from Dhaka to Guwahati and Shillong, will provide a considerable boost to both domestic and foreign tourism.

But, everything depends on whether Mamata Banerjee will go along with the proposed pact on Teesta. The centre has tried to sweeten the deal by offering the West Bengal government a Rs.3,000 crore economic package, although both sides will deny any connection between the two.

But, Mamata Banerjee will undoubtedly consider it politically damaging if the opposition parties in the state, notably the Communist Party of India-Marxist (CPI-M), cynically use the “crores for cusecs” charge to berate the chief minister.

[This article is published in collaboration with the writer. The post also appeared in South Asia Monitor]