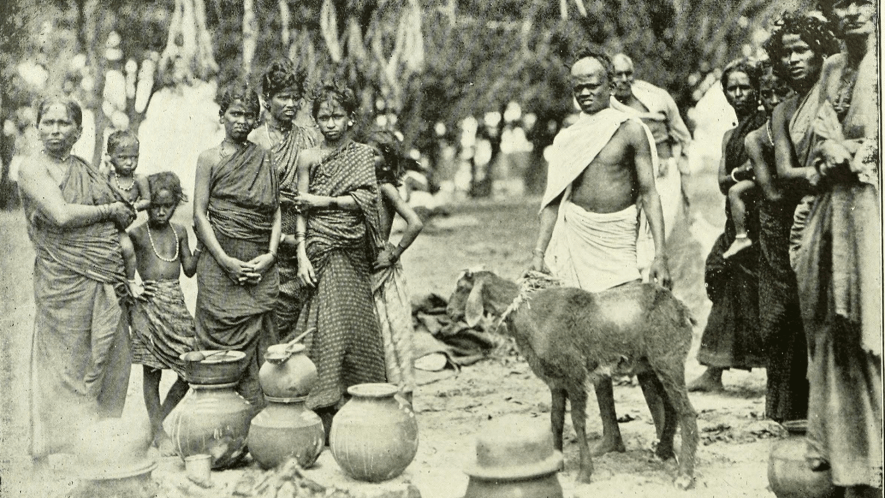 In 2007, the United Nation’s Committee on Elimination of Racial Discrimination (CERD) urged the Government of India to repeal the Habitual Offenders Act and aim at the rehabilitation of these denotified tribes. The committee enumerated various examples of people of these tribes radically discriminated by the police and the society alike. (Rao, 2008)

India is multi-diverse. It is home to various caste and race-based groups and communities such as Scheduled Caste, Scheduled Tribes, and Other Backward Classes that have been given due recognition under the Constitution of India. But there is one more class that lacks formal recognition or no recognition at all before the law. These are Criminal Tribes.

The Criminal Act of 1871 was introduced by the British during their rule in India. The law inspired by the Prevention of Crimes, 1871 wherein the latter law was promulgated with the objective of controlling the movement of Gypsies in England.

The 1871 law granted powers to the local government to declare certain tribes as criminals on the suspicion that they are in a commission of a non-bailable offence as person part I, clause 2 of the act. The people belonging to these tribes day-to-day traders of vegetables and fruits, those who performed arts for the entertainment of the general public such as dancers, musicians, and members of nomadic tribes, herders, and hunters.

One of the reasons to declare this law in British-ruled India was to restrict the engagement of these people with freedom fighters. It was certainly motivated with the objective of ‘divide and rule’. Pandit Nehru in his 1948 speech in Nellore termed this law as a negation of civil liberty and against the principle of the criminal justice system. This post is based on a book titled ‘Vijay Korra, ‘Forgotten Communities of Telangana and Andhra Pradesh a Story of De-Notified Tribes’. The author of this book has widely dealt with the repercussions of criminalizing tribes in India.

Under the 1871 law, once a tribe was notified as criminal by the local government, all members of those tribes were required to give their details of movement to the local magistrate. A register was made under the supervision of the Superintendent of Police to keep a check on the movement of these tribes (part I, clause 10 of the act).

According to Vijay, these tribes were sent to ‘permanent reformatory settlements’ that were basically labour camps, a source of free and cheap labour. Some of the camps were set-up by the Madras Presidency and was controlled and regulated by the Salvation Army headed by Harold Stuart.

The 1871 law repealed through the Habitual Offenders Act, 1952, and all the tribes were de-notified (DNTs) also known as Ex-Criminal Tribes as suggested by Anantha Sayanam Ayyanar Committee. However, the notion of criminality is still attached to these communities. Terms like ‘criminal instincts’, ‘criminal antecedent’, and ‘depressed class’ are associated with them. During the colonial period, the Indian Franchise Committee 1932 suggested voting rights for the criminal tribes, however, the committee was not able to segregate criminal tribes from depressed classes, lower-caste Hindus, and Untouchable and hence, criminal tribes were deprived of their voting rights. Moreover, Dr. Ambedkar wanted to give the right to separate electorate to the depressed class.

Dr. Ambedkar in his book ‘Words of Freedom: Ideas of a Nation’ wrote that during the All-India Depressed Classes Conference of 1942, he was in a contest with Mahatma Gandhi as the latter was not in favour of granting separate electorates. However, in the end, the rights of the untouchables and depressed class won as the political partition was necessary to prevent the subjection of the community.

One of the important developments of that time was suggested by the Munshi Committee of Bombay Presidency, 1937. The committee observed that the exclusion of the group from the mainstream society has forced them to commit crimes. Moreover, many British officials bribed these communities to engage in anti-national activities. Many socio-economic concerns such that they are deprived of the welfare schemes by the government due to the lack of documentation. Most of the tribes lack documents on their identity and citizenship.

Further, Kaka Kelelkar Commission, 1953 identified DNTs are socio-economically and educationally backward class. These communities struggle to earn their sustenance and should be given permanent settlement.

Finally, in 2005 the government formed the National Commission De-Notified, Nomadic, and Seme-Nomadic tribes under the Ministry of Social Justice to study the development status of DNTs. The Commission identified that there are 127 DNTs in India with a population of 24.64 lakh till 1951. The Commission headed by Balkrishnan Renke J., in its 2008 report observed that DNTs have been deprived of their basic fundamental rights. Most of them do not possess a caste certificate and 50% are deprived of clean drinking water and health care.

One of the crucial observations of the Commission as mentioned on page 51 of the report is the identification of DNTs. In states like Andhra Pradesh and Orissa, Banjaras are included in the ST list whereas, Chhattisgarh, Gujarat, Madhya Pradesh identifies them as OBC, and Punjab, Delhi, and Karnataka identify them as SC.

This disparity is visible in many states, and thus their identification as a different class for the purpose of Census report becomes difficult. Furthermore, the same Commission was reconstituted in 2016 under the chairmanship of Bhiku Ramji. This was the only Commission that based its report on the empirical research conducted throughout the country. The recommendations of the Commission included a constitutional amendment to add a separate schedule for the DNTs, a minimum 10% reservation for the purpose of welfare and development, and collection of data for the census report.

While SC, ST, and OBCs are entitled to Constitutional reservations and welfare schemes, the government remains oblivious to the existence of the DNT communities. The Habitual Offenders Act, 1952 is yet to be repealed and the promises made during the 2020-21 budget is yet to be unfilled. The union cabinet in 2019 has approved a Commission on DNTs, Semi Nomadic, and Nomadic tribes under the guidance of Vice-Chairman of the NITI Aayog but the future of it is as likely as the rest of the Commissions whose suggestions were forgotten with time as the state has forgotten the existence of DNTs.