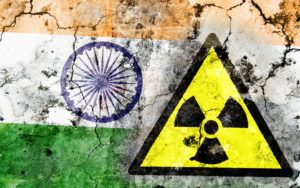 U.S. secretary of state Rex Tillerson and his Canadian counterpart Chrystia Freeland made the announcement of Vancouver dialogue to take place on 16 January in order to deal with North Korean (DPRK) nuclear crisis. Countries like South Korea and Japan are also participating as they are directly under threat from DPRK. Astonishingly, India is pitching in the conference to  discuss ways to improve the effectiveness of the current pressure campaign against the reclusive nation. India, however, in the dialogue shall propagate the blame-game vis-à-vis China and its allies—both nuclear power nations—responsible for the rise of DPRK’s nuclear tests and ballistic missile programmes, while, trying to deviate attention from Indian cooperation with DPRK.

As, DPRK continues to push forward with its nuclear weapons and ballistic missile programme. one needs to unfold some pages from the past where authentic reports disclosed the embarrassing India-North Korean connection.

From the past few weeks, the banner headlines in every international newspaper are propagating against Pakistan, by design, through allegedly linking it with DPRK. Of such stupidities, the only benefit one can have is to create a wrong linkage by such slow poisoning. It’s neither impossible to know, nor hard to guess that Pakistan has a very clean chit of handling the nuclear business in a safe and sound environment.

Lest you missed it, off and on, International and Indian media, especially on a number of occasions, has been forcing to seek probe into nuclear proliferation links between Pakistan and DPRK. There is no real secret to what happened where interestingly, Speaking to Al Jazeera, Mr Khan, who has been described as a “serious proliferation risk” by the United States after being accused of passing on his knowledge to countries – like North Korea – which Washington regards as a rogue state, said: “I have nothing to do with it and Pakistan has nothing to do with it. All the western countries you see the nuclear technology Pakistan did not develop. Pakistan also acquired it from the western countries. They [North Korea] are also getting it from the western countries.”

Now pulling back, the excitement would be dismaying, and it is a hot mess to worry about India and DPRK connections. India has been one of the biggest trading partners of North Korea and their bilateral trade continues to grow. Both India and DPRK share a long history of trade links and cordial diplomatic ties. Not only has this stopped India, where UN Security Council Resolution 1874, passed in 2009, prohibited financial transactions with North Korea, which could contribute to DPRK’s nuclear weapons development. India was DPRK’s third largest trade partner in 2015-16.

The UN Security Council Resolution 1718, passed in 2006, clearly prohibits all UN Member States to stop any collaboration with DPRK in any form that can lead to its missile development and nuclear completion program. May it be by their nationals or from their territories, or from the DPRK by its nationals or from its territory, of technical training, advice, services or assistance related to the provision, manufacture, maintenance or use of missiles, missile systems or other items, materials, equipment, goods and technology, ballistic missile or other weapons of mass destruction related program.

WELL, we’ve got to admit the obvious, India was the only country that provided technical training for DPRK’s students in their institute, Center for Space Science and Technology in Asia and the Pacific (CSSTEAP) located in Dehradun after the UN issued its first set of sanctions against DPRK’s nuclear program in 2006.

But the episode is more revealing.

In 2016, before the UN discovered this disclosure of relations, DPRK students getting training, it marked a disturbing fact that 30 students had already got assistance on matters related to training courses that could greatly assist the development of Pyongyang’s nuclear and ballistic missile programs, satellite communications training and instructions for launch vehicle testing.

It remains no secret where one wonders how the country acquired its scientific know-how that has allowed it to progress so quickly. But importantly India must acknowledge the error they have committed in training DPRK scientists and publicly commit that they were the pioneers in enabling DPRK nuclear programme thenceforth.

Furthermore, there are number of occasions where Indian entities have been placed under nonproliferation sanctions. Initially, in 1992, the Indian Space Research Organization (ISRO) was sanctioned, and the last entity, as of today, to be placed under these sanctions was Balaji Amines in 2006 under the Iran Nonproliferation Act of 2000.

Hence withal, there are a number of events that are easily found where India has been a culprit. International community must be virile enough to questions the credentials India has on non-proliferation, rather than ignoring this real business. Consequently, must also scrutinise the nuclear related activities India has with number of countries around the world. This is imperatively important to ponder upon as New Delhi is striving hard to get in to Nuclear Supplier Group cartel that was also a creation of its own deeds.

India’s credentials on non-proliferation must be questioned, and the international community should scrutinise the country’s nuclear related activities. This is imperative because New Delhi is striving hard to gain membership of the Nuclear Suppliers Group, a cartel that was created in 1975 owing to Indian proliferation that led to its first nuclear weapons test in 1974.