WHAT MOST INDIANS EXPECT FROM MR. MODI BEFORE 2019 ELECTIONS? 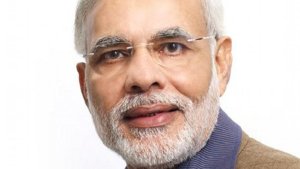 Ever since Mr. Narendra Modi became the Prime Minister of India, the opposition political parties, section of non governmental organizations who receive substantial aid from abroad in various forms and section of so-called intellectuals have been criticizing all activities of Modi government and they have been getting considerable support and publicity from some section of media, which these days are wholly or partly owned by business houses and political parties/politicians.
With the next national election in 2019 not far away, the opposition political parties and pledged critics of Mr. Modi are upping the ante and are now indulging in vicious criticism and hostile response. The recent Gujarat state election, where Mr. Modi’s party could win only by a narrow margin even after an extensive campaign by Mr. Modi, seems to have created some hope amongst the opposition parties that Mr. Modi can be effectively challenged and can perhaps even be removed from power after the 2019 elections.

Of course, several opinion polls in recent times have indicated that the personal popularity of Mr.Modi amongst a large section of people and their confidence in his capability and commitment still rule very high.

It is now Mr. Modi versus his critics

Certainly, 2019 parliament elections would be Mr. Modi versus his critics and opposition parties. Though BJP now remains as the single largest party in India enjoying an absolute majority in parliament, the next national election would be seen as between Mr. Modi and the rest and not political party BJP and the rest.
It is an undisputed fact that Mr. Modi is the unchallenged leader of BJP today and whatever has been done by NDA government in the last four years has been due to the personal decisions and directives of Mr. Modi. There appears to be no occasion when Mr. Modi’s decisions have been even remotely objected by the party men. Of course, a handful of persons who are on the fringe of BJP party have criticized but they have been ignored with contempt.

During the last general election four years back, people gave mandate only because Mr. Modi was declared as the Prime Ministerial candidate. Now, the question is where Mr.Modi would go from here.

Of the number of promises made by Mr. Modi as he campaigned during the last national election, there were three promises that received automatic approval from the people, and they are to root out corruption at all levels, create jobs for youth and boost economic growth and development.

The opposition parties are saying that joblessness in India has now reached crisis proportions.

But, this argument is now more a matter of media discussions, as the ground reality is that no 100% reliable employment data are now available in the country. Mr. Modi correctly pointed out that job creation does not mean that the jobs in the organized sector alone and said that there is a large number of people who are involved in self-employment in unorganized sector too. After all, it is known that some people in the working age group employed in the organized sector in the country are less than 10% of the people in the working age group. Mr. Modi aptly pointed out that a man selling “pakkoda” (a form of snack) is also an employed person though he may not be holding a job in the organized sector. The opposition parties misinterpreted Mr. Modi’s observation.

In any case, the so-called joblessness in India has not created unrest amongst people as desired by opposition political parties, in spite of the ill-informed media supported the campaign by them on joblessness.

Of course, the other important promise of Mr. Modi to promote economic growth has been happening, as reflected by the data and Indian foreign exchange reserves now remaining at a record level of more than 420 billion US dollars. Ratings on Indian economy by several international agencies have been positive.
There has been unrest amongst some section of the farming community, mainly due to the non-realization of remunerative price for the crop for the farmers. Some initiatives have been made by Modi government to solve this problem like fixing minimum support price etc. The farmers’ protest is now looking somewhat politically motivated in a few states. There is an urgent need for Mr. Modi to launch positive, informative campaign amongst the farmers.

Unending corruption – a matter of concern

What is a matter of concern is that common man feel that Mr. Modi’s promise of rooting out corruption has not happened.

Though Modi’s central government has maintained an excellent record for transparency in decisions and avoidance of corrupt practices (unlike the earlier Manmohan Singh government), the fact is that the common man in his day to day dealings suffer severely due to corrupt practices in the government machinery and even in private institutions. Most of such corrupt practices now happen at the state government level. But, people think that Mr. Modi has failed in combating corruption, even as he remains today as the unchallenged leader of the government of India.

Realising that corruption in India cannot be effectively wiped out by catching a few clerical staffs or officers once in a way and seeking punishment for them in the judiciary with almost endless court proceedings, Mr. Modi is striving to remove corruption at a systemic level. Mr. Modi has introduced far-reaching measures of great significance like demonetization, GST, anti benami law, etc. and promotion of digital currency to avoid generation of black money. Mr. Modi has also insisted that the banks should not go soft on businessmen and industrialists who default in repayment of debts in huge proportions. The Bankruptcy and Liquidation Law is an effective step in this direction.

People want to see corrupt persons to be put behind bars

While Mr. Modi has taken such anti-corruption steps which can give positive results only in the medium and long term, people want immediate results to root out corruption, as they are suffering.