WHAT IT TAKES TO CHALLENGE MODI IN 2019 PARLIAMENT ELECTIONS IN INDIA? 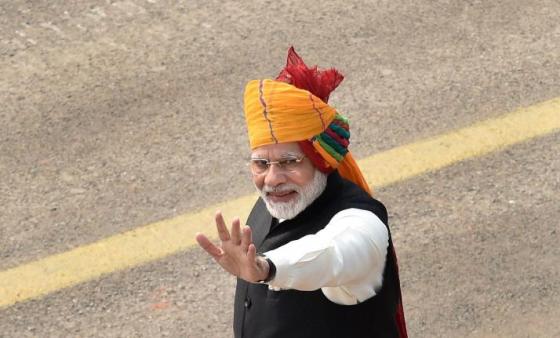 With the impressive gain that Modi’s party (BJP) has achieved in the recent northeast state elections, the ardent admirers of Modi government feel that Modi would be unstoppable and would win the 2019 parliament elections hands down.

With Modi now emerging as the be all and end all of BJP and NDA government, the 2019 elections have to be fought by the opposition parties in India against Modi as a person and individual. Obviously, this implies that opposition parties have to find a person who can measure up to Modi regarding long-term vision, the courage of conviction and strong personality with clean personal life, who impresses not only most people in India but also the leadership of several countries across the world. Is there anyone in the opposition parties now visible enough to challenge Modi in 2019?

Modi can be defeated only by a person who is better than him or at least on par with him in several ways.

The biggest advantage for Modi today is that Rahul is being projected as his challenger in 2019 election by the Congress party.

Rahul is a product of dynasty, and he happens to be what he is today only because he is the member of the Nehru family. There may be many people in Congress party who can be far better than Rahul as a politician and leader, but such persons can have an only position in the second line of leadership at the most in this family controlled the party. The fact is that by unquestioningly accepting the leadership of Rahul, every other leader in the Congress party inevitably looks smaller than him in a condition, where Rahul himself does not look a leader par excellence.

The congress men have reduced themselves to such a level by accepting family leadership that many people sarcastically remark that if Nehru family product Rahul and Priyanka were to refuse to accept the leadership position of the Congress party, then Priyanka’s children who may be less than fifteen years old would be elected as the President of the Congress party !
In India today, most of the political parties are essentially regional parties confined to one state and with no influence beyond the state’s border. The only parties who can claim themselves as national parties are the BJP, Congress, and Marxist Communists.

With the communist philosophy as a viable social and economic proposition collapsing all over the world and with China, which now claims itself as a communist country but is more capitalist than communist for all practical purposes, Communist parties are fast losing importance all over the world. Unfortunately, the leadership of the Marxist party in India do not seem to realize this and are still living in the ivory tower. The defeat of Marxists in Tripura where it’s leader is a much-respected politician , only indicate that when the Marxists could not win the elections even with such a person as a Chief Ministerial candidate, it only indicates that writing is on the wall for the Marxist part., The fact that Marxist party is still in power in Kerala does not mean much, as it is only a coalition government in Kerala and the coalition partners are known to jump from one group to another depending on the gains.

The ball is now in the court of the Congress party. The second line of leadership in the Congress party should start asserting itself and demand a leader other than family representative Rahul, who has the charisma and vision to challenge Modi and who may be acceptable to the other opposition parties.

Congress party has to search inward, and an honest search may enable it to arrive at a proper choice to challenge Modi.