‘We Will Leave’ Afghanistan Likely This Year, Biden Declares

But not by May 1. “It’s not my intention to stay there for a long time, the question is how and under what circumstance,” the president said, at the White House. 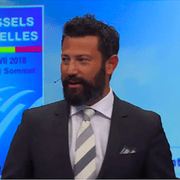 Updated: This breaking news article has been expanded to include additional background information.

The United States will remove all of its troops from Afghanistan likely this year, President Joe Biden declared unequivocally on Thursday, but not by the May 1 deadline outlined in the peace agreement with the Taliban signed under the previous administration.

“We will leave. The question is when we leave,” Biden said at the White House, on Thursday.

When asked if the United States will have troops in Afghanistan, Biden said, “I can’t picture that being the case.”

The president said it would be hard to move U.S. troops by May 1, “just in terms of tactical reasons,” and any decision would be made in consultation with U.S. allies.

Biden first appeared to indicate the U.S. may stay in Afghanistan, saying, “If we leave, we’re going to do so in a safe and orderly way.” But he quickly stated with emphasis his declaration that the U.S. will leave.

“It’s not my intention to stay there for a long time, the question is how and under what circumstance do we meet that agreement that was made by President Trump to leave…but we are not staying a long time.”

Secretary of State Tony Blinken concluded two days of meetings at NATO headquarters in Brussels, on Thursday. He did not reveal the president’s intent to leave, but said, “We went in together, we adjusted together, and when the time is right, we will leave together.”

Defense Secretary Lloyd Austin was in Kabul on Sunday, where he met with President Ashraf Ghani. Austin said the administration’s assessment of the Taliban-orchestrated violence continues. Per the peace parameters, U.S. withdrawal is tied to the end of Taliban-led violence.  “I won’t comment on that. But what I will say is that it’s obvious that the level of violence remains pretty high in the country,” he said, in a press briefing. Austin deflected questions about his thoughts on the decision or timeline for a U.S. withdrawal. “I don’t want to try to do my boss’s job for him. He doesn’t need for me to do that.”

Biden, on Thursday, said that Austin had recently met with “Kayani” in Kabul, apparently confusing the Afghan leader with the former chief of Pakistan’s defense forces, the retired General Ashfaq Parvez Kayani, who was a central figure in Afghan politics during the Obama administration.

Biden previously has said he favors retaining the U.S. military’s ability to conduct limited counterterrorism missions in the world’s lingering war zones, like Afghanistan, rather than keeping large forces deployed. Afghanistan’s remote and landlocked geographical location has been one reason for retaining a lily pad for U.S. special operations forces, at a minimum, to conduct those missions. But neither his campaign nor his administration has yet to state the president’s desired size and composition of such forces, and talks with allies continue.

Senior U.S. military commanders frequently and again in recent weeks and months have said that Afghan forces remain reliant upon United States and coalition support, and that Taliban forces have increased their attacks despite the Trump administration-brokered agreement.

“The capabilities that the U.S. provides for the Afghans to be able to combat the Taliban and other threats that reside in Afghanistan are critical to their success,” said Gen. Richard Clark, commander of U.S. Special Operations Command, in Senate testimony earlier Thursday. “It is clear the Taliban have not upheld what they said they would do and reduce the violence. While on the positive side they have not attacked U.S. forces, it is clear that they took a deliberate approach and increased their violence since the peace accords were signed.”

In December, Joint Chiefs Chairman Gen. Mark Milley secretly met with Taliban negotiators in Doha, Qatar, saying the U.S. withdrawal would depend on Taliban reducing their attacks. “Everything else hinges on that.”