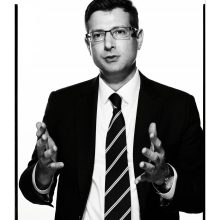 U.S. President Donald Trump’s call for Pakistan to stop harboring terrorists, or else – outlined in a speech on U.S. strategy for Afghanistan and South Asia on Monday night – risks enflaming tensions in the region. Trump also called on Monday for more cooperation with India, and especially India’s help in Afghanistan. “India makes billions of dollars in trade with the United States, and we want them to help us more with Afghanistan, especially in the area of economic assistance and development,” he said. This risks stoking more tensions with Pakistan, as Pakistan views Afghanistan as a buffer to Indian hegemony and would like to keep India out.

The Cipher Brief’s Bennett Seftel sat down with Daniel Markey, academic director of the Global Policy Program at the Johns Hopkins School of Advanced International Studies, to discuss the Trump Administration’s pressure on Pakistan, and whether it will be effective – especially without Chinese support.

The Cipher Brief: How might President Trump specifically change the United States’ approach with respect to dealing with Pakistan?

Daniel Markey: The speech pretty clearly wanted to set a tough tone on Pakistan. It wanted to make it clear that Pakistan needed to change its approach toward the Haqqani network, the Afghan Taliban, and Afghanistan in general. But it left a big question mark in terms of the issue of what would happen if Pakistan didn’t do what the Trump Administration wanted, especially since the President said that change needed to happen immediately and signaled that there would be an “or else.”

From other reporting, we see that the “or else” that they are considering is cutting military assistance, potentially sanctioning Pakistani officials, and possibly taking direct action inside of Pakistan against targets identified by the U.S., even against Pakistan’s wishes.

TCB: Despite President Trump’s rhetoric, will the U.S. actually increase pressure on Pakistan, especially since the U.S. might risk losing critical intelligence and access provided by Pakistan?

Markey: This is the problem. A coercive strategy towards Pakistan has always been risky, and nothing has really changed on that front. It risks access and it risks to some extent – if you really rupture the relationship – influence on a variety of other things that we care about including Pakistan’s nuclear program, although I don’t want to overstate the influence that we have on that. It also risks pushing Pakistan in ways that will encourage Pakistan to be more of a spoiler in Afghanistan rather than less. In an extreme, one could argue that it pushes Pakistan in ways that would destabilize it, and since Pakistan is a large nuclear-armed state, the U.S. would be quite worried about that. So yes, there are big risks that we run in terms of pushing Pakistan.

At the same time, this administration, being new, coming in, and wanting to have a tougher image, has the chance because it is new, to try to reset its relationship with Pakistan. So it can issue an ultimatum, and Pakistan, unlike with the Obama Administration or the Bush Administration before it, doesn’t know, at least at the outset, what the “or else” looks like. Pakistan also has a lot to lose. The White House thinks that it has tossed the ball into Pakistan’s court and wants to see how it will respond to this opening ultimatum.

One of the things that seems to be missing right now is a clear point of contact or Pakistan manager within the Trump Administration. One can say that the President, the Secretary of State, or the National Security Advisor will manage this, but without somebody who is really on the case in a top diplomatic role, it’s going to be difficult. The current ambassador to Pakistan, although quite effective, doesn’t rise to this level. It would help to have somebody even more empowered than that in D.C. Bottom line, personnel matters for a strategy like this.

TCB: What steps can the U.S. take to more effectively pressure Pakistan into cutting off its ties to extremist groups?

Markey: If the Administration thinks that narrowly targeted sanctions or cutting back assistance will change Pakistan’s fundamental position on Afghanistan – a position that it’s stuck with since 9/11 – then it’s completely wrong. There are even more dramatic steps that this administration may be willing to take that would make Pakistan more nervous.

And by mentioning India very directly in the speech, and encouraging India to do more in Afghanistan, at least on the economic side, the Trump Administration is signaling a tightening relationship with New Delhi, which does make Pakistan nervous. That is, as far as we can tell, one of the reasons why former Pakistani President Prevez Musharraf shifted his approach shortly after 9/11 – because he feared that the U.S. would draw too close to India and against Pakistan.

That’s a little less likely to work now because Pakistan also feels like it has China’s backing. But it’s conceivable that would be a part of a coercive package.

China wasn’t mentioned in this speech, but if the U.S. were also able to get China to line up and support its view, for instance of the Haqqani network, that would be an additional pressure point for the Pakistanis. But all of this is very risky, and chances of success are slim.

Markey: The U.S. message is weakened when, as it was, the Chinese immediately come back with a statement in support of Pakistan, saying that Pakistan’s efforts in fighting terrorism need to be appreciated. The alternative, that is a China that says, at least quietly to the Pakistanis, that it is quite worried about what Pakistan is doing in Afghanistan and the consequences of Pakistan’s support to groups like the Haqqani network and that needs to stop, would be quite helpful.

TCB: How could President Trump’s call for India’s increased involvement in Afghanistan affect Pakistan’s regional strategy? Could it lead Pakistan to double down on its proxy strategy?

Markey: Most of the things that we have tried with Pakistan have led it to at least hold tight to its existing strategy. If you look basically from 9/11 to the present, what you see is a Pakistani consistency of holding on tight to its proxies. At times it’s looked like our pressure has led them to rethink that a bit and ease off of it slightly, but never to fundamentally reevaluate or shift course.

The challenge here is figuring out how to sufficiently make a credible threat to Pakistan of what could happen while simultaneously not encouraging it to take more counterproductive actions. We have never figured out quite how to do that, at least not for long.

TCB: How realistic is it to expect that Pakistan will eventually sever its ties to extremist groups? Could such a move further endanger the country as terrorist groups would instead focus their efforts against Pakistan itself?

Markey: I would say that at an extreme it is feasible. We’re definitely dealing in hypotheticals here, but I am one who believes that Pakistan’s military leadership, although they have been wedded to and seen some kinds of success of this strategy over time, if they recognized that there was an enormous cost that they would pay, then they would be sensitive to that cost and would shift gears.

In the past, there have been conversations about how to raise both the costs of Pakistan’s current approach and also to offer incentives for shifting Pakistan’s approach. Those incentives, unfortunately, have tended to dampen the threats. That is, it’s difficult to hold out the carrot and the stick at the same time.

Ultimately, Pakistan is very worried about how all of this adds up in terms of its relationship with India. If it continues to believe that aligning itself with the Afghan Taliban allows it a share of the pie in Afghanistan and keeps India out, and if it believes that the U.S. is tilting towards India and there is nothing that it can do about it, Pakistan’s leaders will probably cling to their proxy strategy.

TCB: So bottom line, until the U.S. demonstrates that the costs are too high for Pakistan to continue its support for these groups, Pakistan’s strategy along those lines will continue?

Markey: Unless the Pakistanis appreciate that the costs have been significantly raised on their current approach, and simultaneously that some of their core national interests can be be met by a new approach – principally their concerns about India – they will not change their course. That’s the nub of it. They need to see both higher costs for staying with what they got, and the potential that a change will actually serve their purposes. They are willing to suffer higher costs if they don’t see any other options.

The Author is Daniel Markey

Daniel Markey is an adjunct Senior Fellow at the Council on Foreign Relations and Senior Research Professor and Academic Director of the Global Policy Program at the Johns Hopkins School of Advanced International Studies.