The top Buddhist leader is the latest Nobel peace laureate to speak out against the violence. Photo: Reuters

The Dalai Lama has spoken out for the first time about the Rohingya refugee crisis, saying Buddha would have helped Muslims fleeing violence in Buddhist-majority Myanmar.

Hundreds of thousands of Rohingya have arrived in Bangladesh in recent weeks after violence flared in neighbouring Myanmar, where the stateless Muslim minority has endured decades of persecution.

The top Buddhist leader is the latest Nobel peace laureate to speak out against the violence, which the UN special rapporteur on human rights in Myanmar says may have killed more than 1,000 people, most of them Rohingya.

“Those people who are sort of harassing some Muslims, they should remember Buddha,” the Dalai Lama told journalists who asked him about the crisis on Friday evening.

“He would definitely give help to those poor Muslims. So still I feel that. So very sad.” 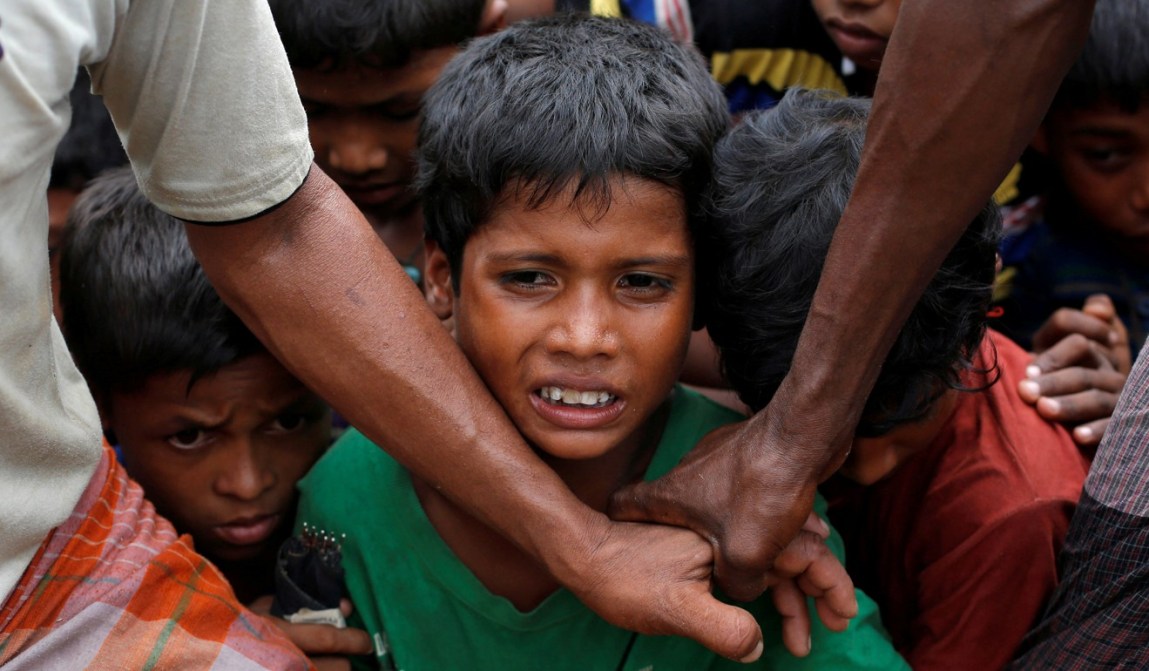 Rohingya refugee children are stopped by volunteers as they jostle to receive food distributed by local organisations in Kutupalong, Bangladesh. Photo: Reuters

Myanmar’s population is overwhelmingly Buddhist and there is widespread hatred for the Rohingya, who are denied citizenship and labelled illegal “Bengali” immigrants.

Buddhist nationalists, led by firebrand monks, have operated a long Islamophobic campaign calling for them to be pushed out of the country.

Myanmar’s de facto civilian leader Aung San Suu Kyi has been condemned for her refusal to intervene in support of the Rohingya, including by fellow Nobel laureates Malala Yousafzai and Desmond Tutu.

Archbishop Tutu, who became the moral voice of South Africa after helping dismantle apartheid there, last week urged her to speak out.

“If the political price of your ascension to the highest office in Myanmar is your silence, the price is surely too steep,” Tutu said in a statement.

This article appeared in the South China Morning Post print edition as:
Dalai Lama: Buddha would have helped the Rohingya