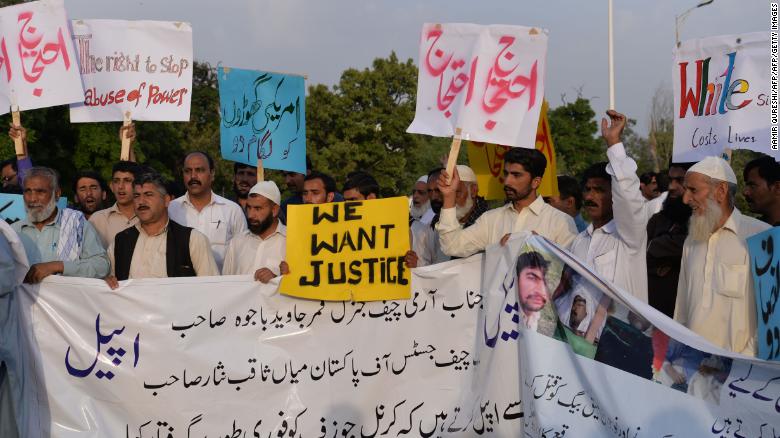 Pakistani protesters carry placards during a demonstration against the killing of a local resident in a car accident involving a US diplomat in Islamabad on April 25, 2018.

Michael Kugelman is the senior associate for South Asia at the Woodrow Wilson International Center for Scholars in Washington. You can follow him @michaelkugelman. The views expressed are his own.

(CNN)Pakistan has relented and allowed a US diplomat accused of running a red light and killing a motorcycle driver to leave the country but the incident has already strained ties between the two uneasy allies.

The move comes after Colonel Joseph Emanuel Hall, a US military attaché in Islamabad, was barred from leaving on a US military plane that arrived Saturday.
Pakistan had initially insisted that he couldn’t leave because he was the subject of a criminal investigation but Washington argued that Hall’s diplomatic immunity shielded him from legal action in Pakistan.
Washington’s refusal to give ground has further deepened tensions in a relationship that’s been on a collision course ever since the Trump administration announced its South Asia strategy last August. 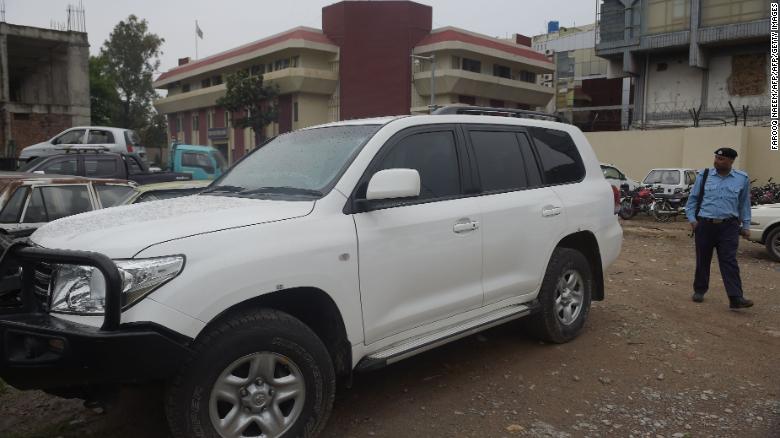 A Pakistani policeman walks past a car of an American diplomat parked inside a police station after an accident in Islamabad on April 8, 2018.

That strategy vowed to compel Pakistan to crack down on terrorists on its soil that target Americans in Afghanistan.
It also called on India, Pakistan’s bitter rival, to step up its role in Afghanistan — thereby playing to longstanding Pakistani fears of India deepening its footprint on Pakistan’s western flank.
US-Pakistan relations took another tumble in January, when President Donald Trump rang in the New Year with a truculent tweet that angrily accused Pakistan of “giving us nothing but lies and deceit.” Several days later, the US froze all security aid to Pakistan.
However, despite this turmoil, the relationship hasn’t exactly ground to a halt. High-level diplomacy, including a March visit to Islamabad by Alice Wells, a top State Department South Asia official, has continued.
One reason the relationship hasn’t taken a bigger plunge is that the Trump administration hasn’t followed through with major punitive measures—from expanding drone strikes and sanctioning Pakistani officials with ties to terrorists to designating Pakistan as a state sponsor of terror—that analysts and administration officials themselves in past months suggested could be in the offing.
The White House worries that taking such harsh steps could prompt Pakistan to retaliate by shutting down supply lines on its soil used by the US military in Afghanistan.
Shutting down those routes would require America to use more costly and circuitous alternative routes in Central Asia. Additionally, given the poor state of US-Russia relations, as well as Moscow’s deepening relations with Islamabad, Russia may try to hamper US access to them.

In effect, the Trump administration can’t wield a bigger stick in Pakistan because it knows its hands are tied.
Instead, over the course of 2018, the United States has targeted Pakistan with more modest moves less likely to trigger a supply lines shutdown. Indeed, given that the supply lines are Pakistan’s most powerful tool of leverage, Islamabad will hold its fire as long as it can—and close them down only if provoked in a really big way.
The more modest measures are a far and weaker cry from the muscular moves threatened by the administration earlier.
They include, in February, Washington’s introduction of a motion at the Financial Action Task Force, a global forum, to sanction Pakistan for failing to curb terrorist financing. More recently, the US government this month imposed restrictions on the movements of Pakistani diplomats in America.
Perhaps most dramatically, Washington this month blocked a request by Pakistan at the United Nations Security Council to designate Omar Khorasani, an especially vicious Pakistani militant, as a terrorist.
Last year, Washington targeted Khorasani in a drone strike in Afghanistan (which he apparently survived, despite initial reports that he died). 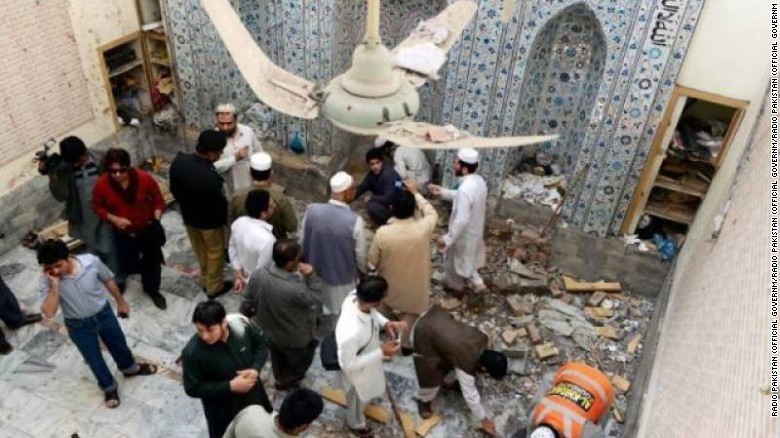 Jamaat-ul-Ahra, a splinter group of the Pakistani Taliban, has carried out suicide attacks.
In 2016, it formally designated his organization, Jamaat-ul-Ahrar, as a terrorist outfit. The fact that a self-proclaimed tough-on-terror Trump administration refused to recognize Khorasani as a UN-designated terrorist speaks volumes about the White House’s determination to undermine Pakistan.
Islamabad has retaliated to one of these moves. It imposed its own restrictions on US diplomats, including one that forbids them from using vehicles with tinted glass. The privacy and security implications of such a move could be unnerving to Washington.
US officials may not be taking the harshest possible measures in Pakistan, but they’re still provoking hard and hurting feelings there. Khorasani has been implicated in dozens of attacks across Pakistan; few terrorists have as much Pakistani blood on their hands.
Understandably, Pakistani officialdom and the Pakistani public alike are incensed about Washington’s refusal to sanction him at the UN.
Ultimately, Washington’s policy amounts to pressuring Pakistan with pinpricks. It’s a policy unlikely to achieve its main aim, which is getting Pakistan to target the terrorists on its soil that are killing Americans in Afghanistan. But it’s guaranteed to keep US-Pakistan relations icy for the foreseeable future.
The article appeared in CNN.com on Tue May 15, 2018