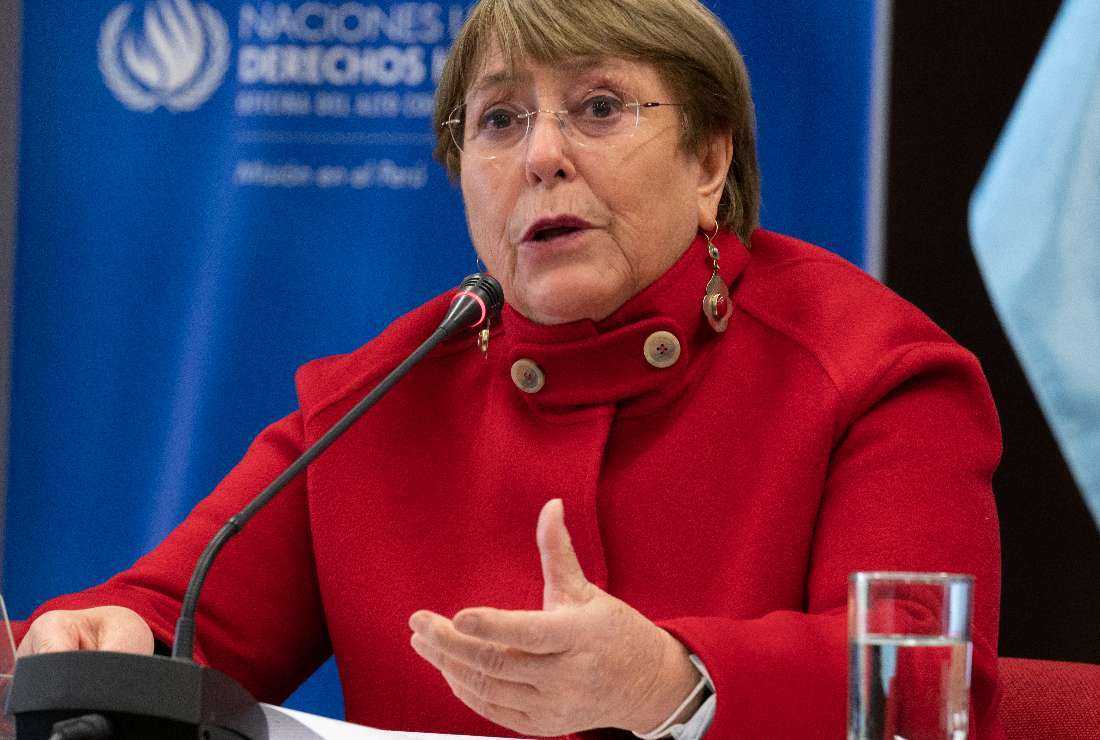 UN High Commissioner for Human Rights Michelle Bachelet gestures as she speaks during a press conference in Lima. (Photo: AFP)

United Nations rights chief Michelle Bachelet arrived in Bangladesh on Sunday for a four-day visit that will include a trip to squalid camps housing nearly a million Rohingya refugees from Myanmar.

The exodus of Rohingya was sparked by a 2017 Myanmar army offensive against the mostly Muslim minority, with the UN’s highest court last month giving the green light to a landmark case accusing the Buddhist-majority country of genocide.

Five years later the refugees refuse to go home in the absence of guarantees for their safety and rights from military-ruled Myanmar, making host country Bangladesh increasingly impatient.

Bangladesh, meanwhile, has come under fire for its own rights record under Prime Minister Sheikh Hasina, whom Bachelet will meet during her visit, as well as local activists.

Nine groups including Human Rights Watch said that Bachelet should “publicly call for an immediate end to serious abuses including extrajudicial killings, torture, and enforced disappearances” in Bangladesh.

Under Hasina, security forces have killed thousands of people in staged shootouts, while hundreds of others, most of them from the opposition, have disappeared, activists say.

The government denies the allegations, and ahead of Bachelet’s visit Dhaka said in a statement that it would highlight its “sincere efforts to protect and promote human rights of the people”.

“Bangladesh strongly hopes that the Chief of UN human rights mechanism would witness by herself how the country is doing miracles to keep on track their development journey; integrating human rights into it,” it said.

Bachelet, 70, a former Chilean president, is due to step down at the end of the month.