The Reality of Farmers’ Protest in India 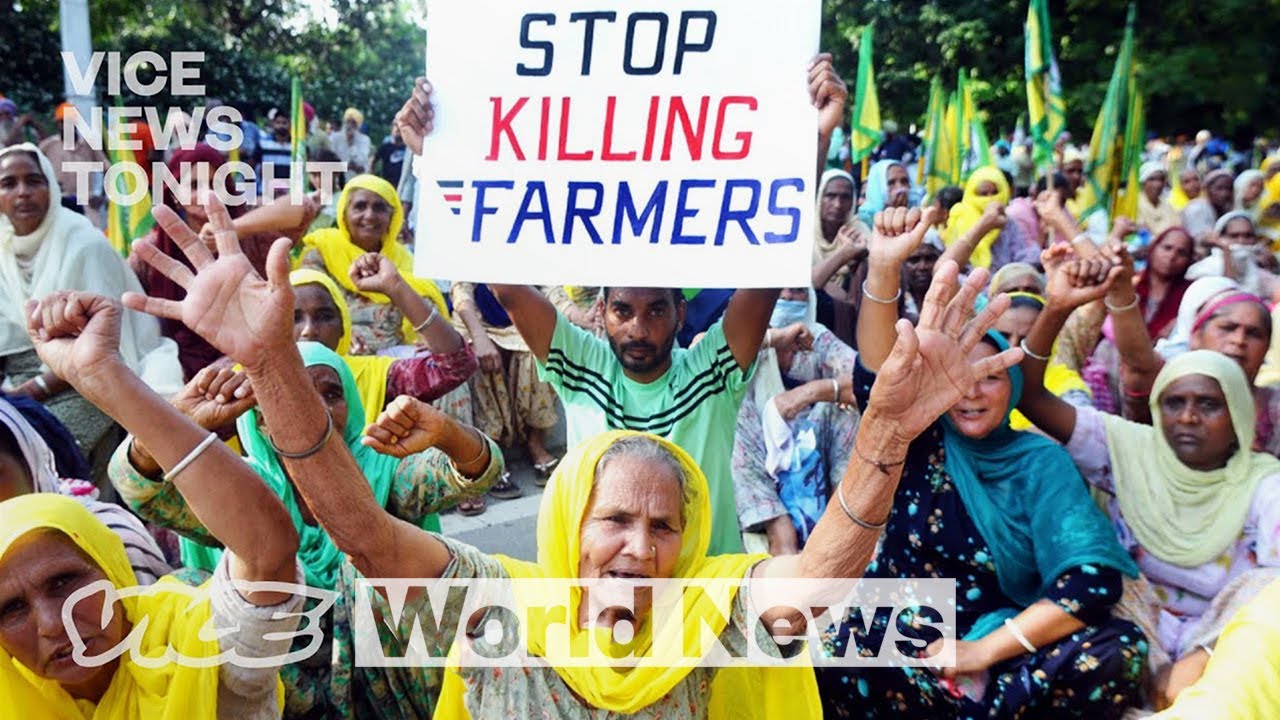 The ongoing 80-days old farmers’ agitation against the reformist new farm laws in India has attracted global attention and unsavoury headlines. The Modi-government is under fire, both within India and even from some individuals and organisations internationally. There has been a barrage of criticisms from opposition politicians, social and political activists, some intellectuals and selective media groups. A lot of clamour has been generated and some of the leading politicians and celebrities from the US and Canada, too have jumped into the fray.

However, to begin with one needs to have a real idea of what the proposed laws are all about. Let’s have a broad idea of what it entails.

@One of the first laws, farmers (Empowerment and Protection) Agreement, 2020 provides for contract farming through which framers are to produce crops as per contract with corporate investors that needs to be based on mutually agreed prices. This kind of farming has been prevalent in most of the Europe, US and Canada that has bettered the lifestyle of farmers there.

@The second law Farmers’ Produce Trade and Commerce (Promotion & Facilitation) Act, 2020 allows farmers the option to sell their produce to anyone, anywhere. They can sell their crops to government agencies, including Food Corporation of India (FCI) or any private or corporate buyer.

@The third law Essential Commodities (Amendment) Bill, 2020 provides for freedom to sell all crops, except those specially mentioned by the central government to sell and even export them, depending upon their availability or otherwise within the country.

@In addition to, the proposed laws also try to stop stubble burning, a big climate change and global warming issue in the north Indian state of Punjab. It has led to smog and huge pollution in most of north India, including Delhi.

@The proposed agricultural reforms are being discussed in various forums, for the past 20 years since 1999 by all political parties including the opposition politicians who are now openly instigating the agitationsists against it.

@All major parties, including the Indian National Congress (INC), Sharad Pawar-led Nationalist Congress Party (NCP) and others have over the years promised implementation of broader contours of these laws in their respective declarations and election manifestoes.

@Eminent economists like Gita Gopinathan (Chief economist, IMF), Montek Singh Ahluwalia, Surjit Bhalla, Dr Manmohan Singh (former PM) all have broadly supported and talked about such laws in their individual capacities. Some of them actually belong to or have been linked with the major opposition party Congress (INC).

@There are adequate and lengthy judicial safeguards for farmers in case of any dispute with the buyers. Most importantly, all the proposed new laws provide for a voluntary option to farmers and those unwilling to subscribe to the new system, are allowed to continue with the old, existing mandi system that however accounts for farmers paying money to middlemen.

@The government has entered into 12-rounds of discussions with the farmer leaders. It has conceded many of their demands and even proposed to suspend the law for 18-months, pending further discussions. The agitating farmers however, do not have real leaders from the farming community. There are people who have a track record of opposing Modi, the PM and the ruling BJP party and are currently leading discussions on behalf of the farmers. None of them are actually farmers, they have businesses, have background of political activism. Rakesh Tikait, currently projecting himself as a farm leader, has business worth more than US$11 million.

@There have been motivated media and organisational campaigns suggesting that many farmers have been killed in course of agitation for the last two and a half-month. While different spokesperson of various opposition parties and supposed human right activists have come up with claims ranging from deaths from 55-200. Nobody has come up with any credible figures because so many deaths at three of the protest sites, could not have gone unnoticed by national and global media.

@Finally, all of the agitating farmers sitting in protests belong to selective parts of Punjab, Haryana and western Uttar Pradesh. Various governmental and independent committees, including Shanta Kumar and Montek Singh Ahluwalia Committees (Planning Commission Vice-Chairman under Manmohan Sigh-led UPA government) have confirmed that the existing farming system requires widespread reforms and private investment. They have also suggested that existing laws have not helped the growth of agricultural sector and middlemen exploit farmers. Almost 86% of the existing farmers own very small and meagre lands and hence they will be benefited with new laws. Further, there have been open suggestions from the government of its willingness to amend laws, if discussed.

It also needs to be understood that no human rights violations have been committed against the agitating farmers and their political leaders. In spite of the violent and shameful conduct of a handful of farmers and their leaders where policemen and policewomen were openly beaten, arms displayed and the Red Fort, symbol of India’s freedom and power, were desecrated, the police remained defensive and more than 386 of them got injured, some of them critically.

It is to be noted that all traditional societies resist change and are more comfortable with the maintenance of status quo. When economic reforms were initiated in the early 1990s, the government of the day was castigated as being sold to the US, IMF, World Bank and so on. When disinvestment process got underway under Vajpayee-led coalition government in early 2000s, the leftists again took to streets and made disparaging comments against the ruling leaders. In 2006 when Dr Manmohan Singh took it upon himself to stick to the Indo-US Nuclear Deal that most Indians and Americans perceive to be in country’s interests, leftists did everything, including withdrawal of support to stop the agreement getting operationalised.

One common factor that has resonated in all the anti-reform agitations in India had been the leftists and their over ground and underground supporters in the form of media, intellectuals and political leaders. The ongoing agitation by a handful of real rich farmers that represent a very miniscule section of Indian agrarian community spread over a very limited geographical area. Nowhere discussions are being done on the merits or otherwise of the laws but it has become a new political tool to stop the government from offering a fresh new idea and voluntary opportunity to brighten the prospects and livelihood of Indian farmers.