To name a tournament after a disputed territory that India continues to stake its claim on is a politically loaded statement on Pakistan’s part. 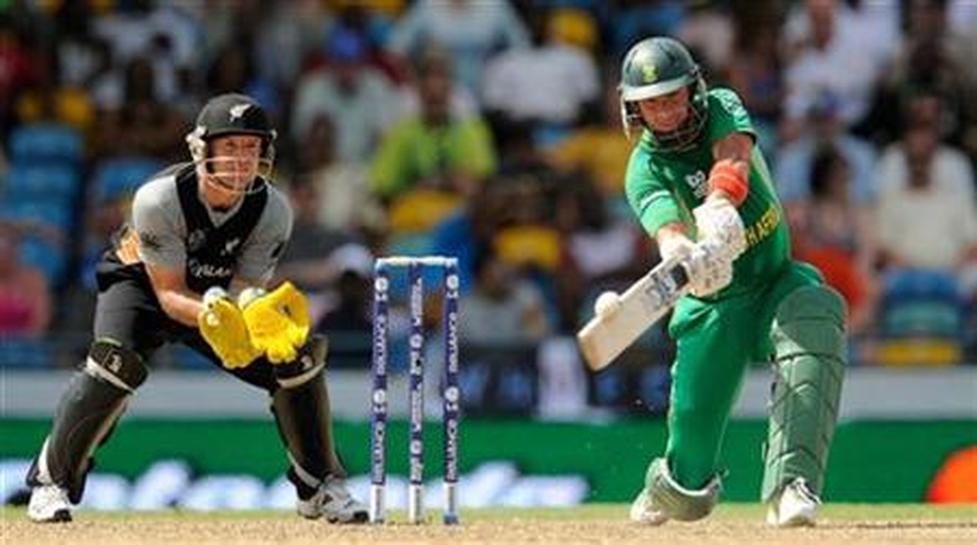 South African cricketer Herschelle Gibbs was the first to publicly talk about the BCCI’s stance on the proposed tournament in Pakistan-administered Kashmir. Photo: Reuters

Herschelle Gibbs last played any form of international cricket in 2010. Known for his aggressive strokeplay, the South African had made quite a name for himself during his playing days. He’s had a fairly modest presence in the public eye since, though, and the last time he’d made headlines in India was a couple of years ago over a slightly flirtatious Twitter exchange with Alia Bhatt.

But Gibbs is back in news. And this time he has crossed the redline of expressing dissent against the actions of the Board of Control for Cricket in India (BCCI). Gibbs took to social media alleging the Indian board is flexing its muscles, preventing him and others from participating in the Pakistan Cricket Board (PCB)-sanctioned Kashmir Premier League (KPL). Participation in this league, Gibbs revealed, might put an end to the prospects of landing any cricket-related job assignments in India in future.

The PCB and the extended Pakistani ecosystem has instantly offered its support for Gibbs, whereas their Indian counterparts have, much in line with how the current government operates, responded through anonymous sources to a favourable news agency. Interestingly, the BCCI, while neither confirming nor denying Gibbs’ version of events, instead chose to characterise his words by bringing in his less than perfect past.

It is now understood by the Indian media that the BCCI has arm-twisted the English and South African boards into not allowing their players to participate in a tournament based in a territory that continues to remain disputed between India and Pakistan. The unnamed BCCI official speaking to the media asserted that the board’s actions are entirely in consonance with the Indian government’s position on Kashmir.

Ever since the Narendra Modi government’s decision to deoperationalise Article 370 of the constitution that lent the Indian state of Jammu and Kashmir its special status, Pakistani Prime Minister Imran Khan has repeatedly tried to internationalise the issue but to little avail so far. For the PCB to come up with another tournament potentially eating into the commercial potential of their flagship product Pakistan Super League (PSL) may seem somewhat baffling. But a lot of things would start adding up the moment one realises Imran Khan is also the patron-in-chief of the PCB and as a former champion cricketer himself, it is little surprise that he sees value in cricket being deployed as a tool for diplomatic one-upmanship.

In its current format, the newly envisaged league has six teams – five of which are based out of cities in Pakistan-administered Kashmir, whereas the sixth team is made up of the league’s overseas contingent. It is this sixth team the PCB aims to load with some popular international names, giving the tournament, and by extension the government’s political goals, the best possible exposure internationally. In order to lend some credence to the project, the PCB has put legendary Wasim Akram’s name as vice president in the management committee whereas Shahid Afridi, apart from playing, will double up as the league’s ambassador.

To name a tournament after a disputed territory that India continues to stake its claim on is a politically loaded statement on Pakistan’s part. The Indian state may not be entirely wrong in finding the gesture even irredentist in nature. The league’s promotional hashtag and official theme song provocatively use the word ‘Azadi’. That the tournament is scheduled to start a day after the second anniversary of the reading down of Article 370 cannot be a complete coincidence either.

But more than the Indian government having reservations against the naming of the league, the alacrity with which the BCCI has jumped in at the behest of the government is deeply concerning. Ever since the structural changes of 2019 that saw a leadership overhaul in the BCCI, the board has very much operated as an extended arm of the ruling Bharatiya Janata Party. With home minister Amit Shah’s son Jay Shah being instated as the second most powerful person in the system, the route the board would take going forward was not left to the imagination.

Be it the newly constructed and world’s largest cricket stadium being named after Prime Minister Narendra Modi or Ahmedabad becoming the de-facto capital of Indian cricket. Be it the Indian Premier League (IPL) continuing to be played in India for almost a month in the middle of the deadly second wave of the COVID-19 pandemic or the current board president Sourav Ganguly endorsing a government-friendly news channel just days ahead of the West Bengal elections, the BJP is inextricably intertwined with the workings of the BCCI and the two are becoming nearly impossible to tell apart.

Compared to the previous UPA regime, both Modi and Shah take considerable pride in their brand of muscular nationalism that involves a heavy anti-Pakistan rhetoric. This requires their politics to be seen as firm and assertive on matters of sovereignty at all times, and few things sell like Pakistan-bashing does in India. The BCCI employing coercive tactics to cripple a Pakistani tournament that on the face of it compromises India’s territorial interests adds immensely to the perception that the current regime walks its tough talk and if push comes to shove, doesn’t even shy away from destabilising Pakistani government-backed projects.

It isn’t uncommon for nation-states to use sports as platform to settle political turf wars. The most famous example of this is the 1980 and 1984 summer Olympics hosted in Moscow and Los Angeles respectively, much before the political tensions between the United States and the Soviet Union began to subside. Both the events were boycotted by the other country and those falling under their respective sphere of influence. For as long as athletes continue to represent their countries in an official capacity, the geopolitics of the day will be impossible to separate from sports.

As recently as in 2019, the London-based Arsenal FC was forced to withdraw their Armenian midfielder Henrikh Mkhitaryan from the Europa League final since the game was being hosted in Azerbaijan’s Baku. In the same season, Liverpool had preferred travelling to Serbia without the service of their Swiss winger of Albanian origin Xherdan Shaqiri, who has been pretty vocal in his support for the people of Kosovo. India-Pakistan cricket relations too have only been reflective of the diplomatic relationship between countries at any given point in time.

Some very active overtures made by the previous BJP-led government under Atal Bihari Vajpayee at repairing the ties culminated in India’s full-fledged tour of Pakistan after a gap of 15 years. The favour was returned the following year when Pakistan toured India and the cycle continued for two more years until a complete breakdown post the 2008 Mumbai attacks. The relations briefly resumed under UPA in 2012 when Pakistan made a short trip, playing a handful of ODIs and T20Is. But since, the two teams haven’t played any bilateral cricket whatsoever and the last time they faced each other in a Test series was in 2007. Pakistani players have, post the inaugural season, never landed an IPL contract either.

With a populist leader at the helm of things on either side of the border now, there is little hope for an amicable resumption of cricket between the two countries any time soon. Strangely, the Indian government doesn’t advise the BCCI to maintain Pakistan’s boycott when it comes to ICC tournaments. Nationalistic pride momentarily takes a backseat when the cost is letting go of two crucial points in a world event. Later this year, for the T20 World Cup, India and Pakistan have once again been put in the same group – by sheer accident of draw, of course. 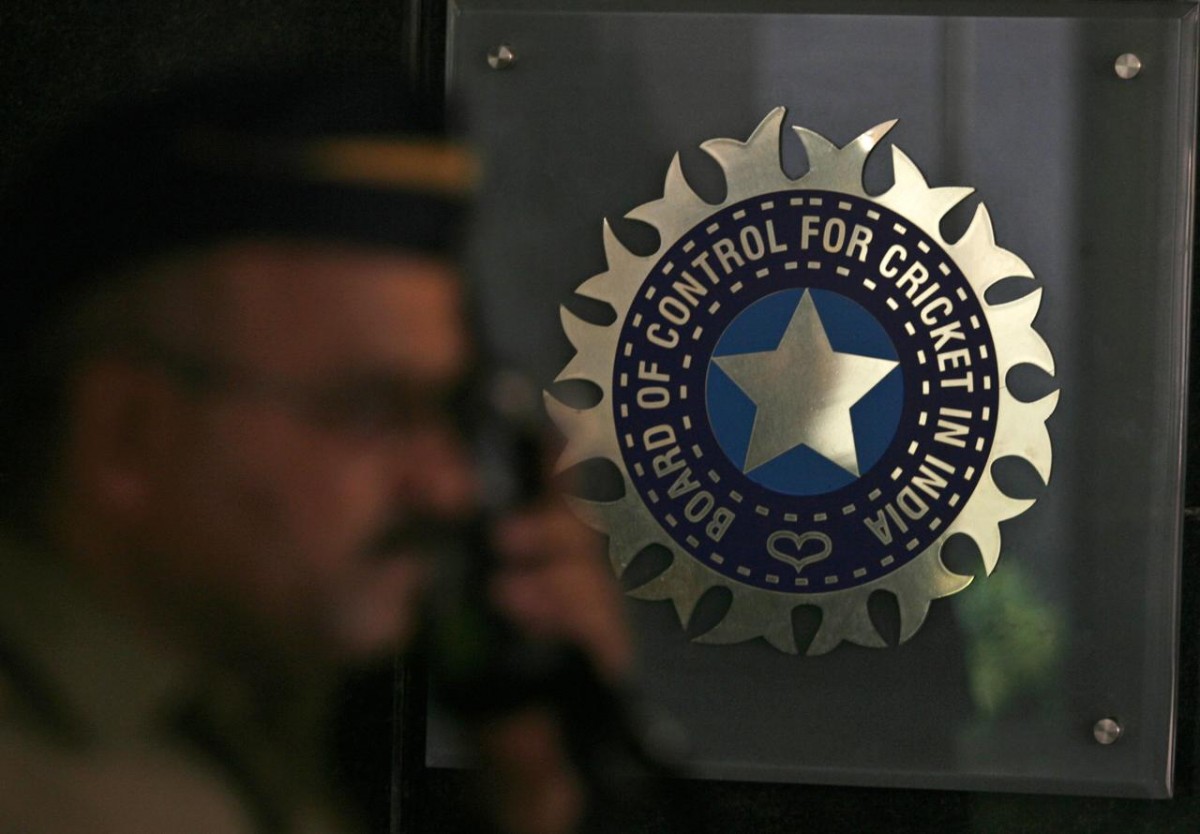 A policeman walks past a logo of the Board of Control for Cricket in India (BCCI) during a governing council meeting of the Indian Premier League (IPL) at BCCI headquarters in Mumbai April 26, 2010. Photo: Reuters/Arko Datta/Files

But should this controversial T20 league take off as anticipated and the Indian government not take it particularly kindly, then the World Cup fixture too could be potentially jeopardised. And that is one uncertainty the ICC is in no position to afford. England’s Monty Panesar has been the latest among international players to have withdrawn from participating in the league, citing the strong political undertones it carries between India and Pakistan.

Kashmir has been an extremely sensitive issue that has refused to settle for decades now. It is not even for the first time that it’s being played out in the cricket arena. In 2016, Pakistan’s then captain Afridi had thanked the Kashmiris in the crowd at a game in Mohali for supporting his team. The comment had largely been dismissed as an immature one made privately by a man not known for being the wisest with his choice of words.

But if this Kashmir-based T20 league comes into fruition, it will be the first instance of Pakistan institutionally making a diplomatic move in the cricketing field with a very straightforward aim to rattle India. And the repercussions of this move could be much wider and quite far-reaching, impacting cricketers from countries having nothing to do with the territorial disputes of the subcontinent.

Or conversely, Pakistan may even back off after taking a provocative swipe and let the league slide without much fanfare and limelight; or probably even discontinue it after one edition. But one way or the other, the Pakistani and Indian governments of the day have truly recognised cricket’s potential as a platform to carry out diplomatic duels. And this will be a significant shift from seeing this sport as a vehicle to paper over the differences. Who said sports and politics should not mix, again?