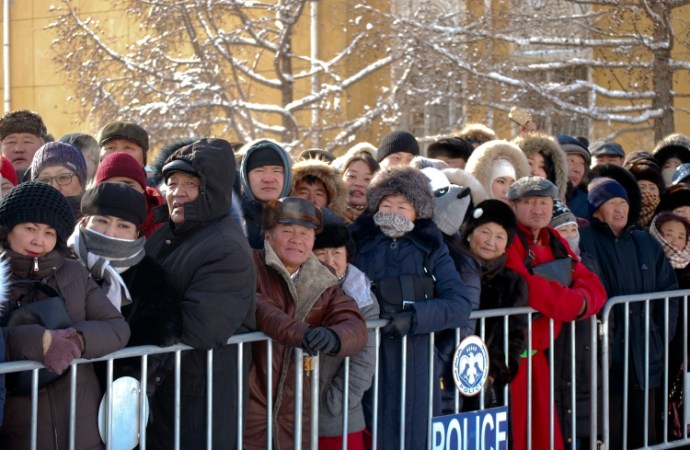 The Dalai Lama’s recent visit to Mongolia has been followed by a bitter outburst from China, which demanded that   “Mongolia not allow the visit by the Dalai Lama and do not promote any facilitation for the separatist activities by the Dalai clique.”

In spite of the fact that Mongolia is heavily dependent on trade with  China and does not have the economic and military might to face any confrontation with China, the government of Mongolia has shown rare courage to allow the visit of the Dalai Lama, in spite of knowing that China would vehemently criticize and oppose this action. Though Mongolia’s Minister of Foreign Affairs had said that the Dalai Lama’s visit has no connection to the government, it is very clear that the government of Mongolia has defied the dictate of China, for the sake of a cause.

The action of the Mongolian government is in sharp contrast to the reaction of a few other countries like Sri Lanka and the USA.

President Obama received the Dalai Lama through the back door fearing criticism from China.  By this wrong move, President Obama, who won the Nobel Prize for peace, humiliated himself affecting his reputation and making people think that he is an individual who does not have the courage of conviction. Further, the claim of USA that it is a champion of freedom and liberty was blown into pieces by this single act of President Obama, which many people thought amount to belittling the Dalai Lama, the venerable leader of the Buddhist community.

Indeed, the world conscience remains disturbed due to the aggression of China by occupying the Tibet forcibly and suppressing protest in Tibet violently. Even after several decades of China entering Tibet, a large section of the people around the world are demanding that Tibet should be liberated. China clearly knows this, and this is why it is demanding that no country should entertain the Dalai Lama.

The bold action of Mongolia in receiving the Dalai Lama is bound to become a trendsetter in the coming days, with more countries emboldened to encourage the visit of the Dalai Lama.

The fact that hundreds of monks and worshippers waited for several hours in biting temperature in Mongolia for a glimpse of 81-year-old Dalai Lama reflects the desire and aspiration of Buddhists around the world. It should give greater confidence to all Tibetans in Tibet and across the world as well as the freedom lovers to continue the struggle for the liberation of Tibet with redoubled vigor.

With Donald Trump becoming the President of USA, Tibetans all over the world and freedom activists should appeal to Donald Trump to make his stand very clear towards the cause of freedom of Tibet.

In his pre-election campaign, Donald Trump has shown that he can think out of the box and reverse the policies of the US government on many matters. There is no doubt that the US has been following the policy of appeasing China as far as Tibetan issue is concerned.

Tibetans should utilize the break given by Mongolia by receiving the Dalai Lama, and they should inject more dynamism and impetus to the campaign for freedom of Tibet.

Tibetans should appeal to Donald Trump to receive the Dalai Lama through the front door rather than the back door that President Obama did, clearly sending a signal to China that the cause of Tibet is dear to the USA.