The Curse of Religion & Casteism in India 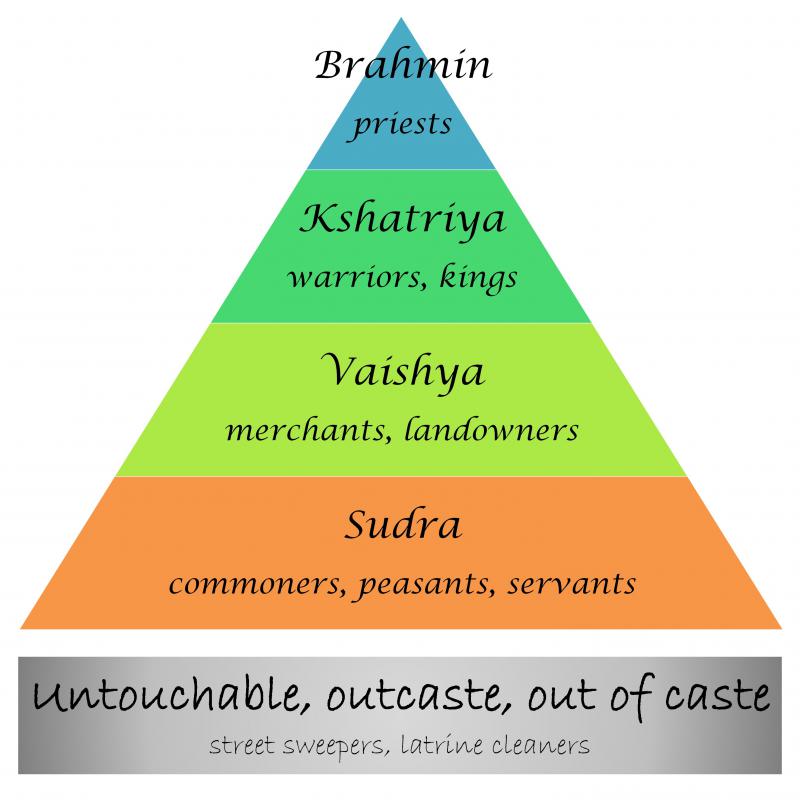 Nirmala Dattatraya Yadav, a 60 year old woman was booked in the first week of September by the Pune City Police, in a case of impersonation following a police complaint filed by Medha Vinayak Khole, , a scientist with the India Meteorological Department (IMD). (1)

Khole had accused Yadav of hiding her caste and marital status, and pretending to be a married Brahmin woman, to secure a cooking job during religious events at her house. (1)

Speaking to The Indian Express, Yadav said, “On September 6, Khole came to my house at 9 pm. She yelled at me and accused me of cheating her by hiding my caste. She said that because of me, her God had been desecrated. She abused me with harsh words and hit me on the head with her bag … she also called the police control room. After some policemen came to my house, Khole shouted at me in front of them …”. (1)

Khole, the deputy director general (weather forecasting) at IMD, had alleged that Yadav had contacted her while she and her sister were looking for a woman who was a Brahmin and a ‘suvasini’ (a married woman whose husband is alive), to cook food at their house during religious events, including a ritual called ‘sowala’, in May 2016. (1)

Khole had alleged that Nirmala had claimed her surname was Kulkarni, and that she was a Brahmin and also a ‘suvasini’, due to which they entrusted her with the task of cooking food during various rituals in 2016 and 2017. (1)

It’s shocking that in today’s modern age, there are people like Khole. A Scientist is supposed to be a rational individual but here this ‘so called’ Scientist has taken absurdity to an extremely elevated level.

The Hindu population forms around 84 percent of the 1.2 Billion people in India. Hinduism comprises of four traditional castes, which further have numerous other sub-sects. (3)

Brahmins are said to constitute the priestly and academic class. Kshatriya; the warrior caste, Vaishya; the business community. Shudra are the working class traditionally doing jobs, which are considered ritually impure like garbage collection, street sweeping, cremation of dead bodies and the disposal of human waste. (3)

Every human being has red blood flowing in his/her veins. This absurdism of Hindu religion, where people from their birth are categorized into the castes of their parents is completely devoid of any logic.

It compartmentalizes individuals from their advent in this world into senseless categories of forward, backward, scheduled, backward and extremely backward castes.

The caste system exists in every religion of India. There are categories referred to as dalit Muslims, dalit Sikhs and dalit Christians. (3, 4, 5)

‘Dalit’ is a word used for the members of lower castes in India. The term is mostly used for the people that are subjected to untouchability. (2)

A large number of dalits, born as lower caste Hindus shun Hinduism and embrace other religions like Islam, Christianity and Sikhism to escape poverty and rampant discrimination against their communities.  (3, 4, 5)

Ironically, even after joining other religions, these folks are never fully accepted by the Muslims, Christians and Sikhs. They continue to be regarded as lower caste people. (3, 4, 5)

One of the main reasons for India still being an impoverished country despite 70 years of freedom from the British rule (6) is the prevalence of this caste system across the length and breadth of the country.

When educated people residing in metropolitan cities, indulge in such shameful behavior, (1) one can easily imagine the mindset of illiterate and semi-literate Indians residing in small towns and villages of interior India.

The biggest tragedy is that no Indian political party talks about abolition of caste system due to their patronizing of various castes as mass ‘vote banks’ to be utilized during election time.

Religion and casteism have made a mess of the Indian society.