The Curious Negation: Confluence and Conformity of Thoughts on Social Media 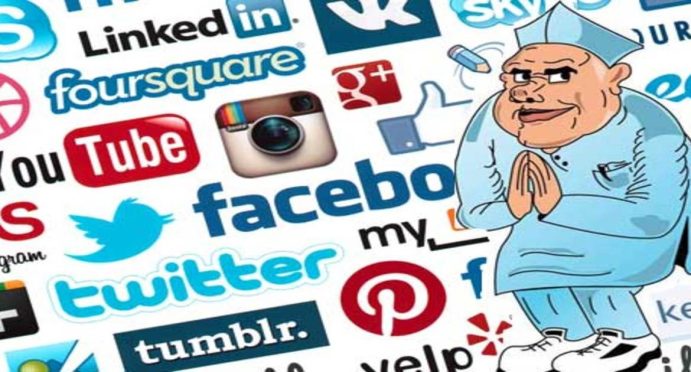 Social Media is an innovative platform that offers diverse perspectives on the socio-political issue. It’s a camouflage of truth-falsity on any given situation with political or religious undertones. It’s a potential ground to shun other’s views through abusive or humorous trolling. But in the present circumstances, the social media has emerged as a hydra-headed monster more powerful than traditional/mainstream media.

The mammoth existence of social media has created two schools of thoughts. The supporters believe that such platform ‘lets one exercise an opinion without fear or judgments”. While the critics conform to the norm of excessive reliance results in adhering to the ‘opinion of others due to the fear of backlash,’ ‘coercive practices to silent the others’ and ‘farcical nature of thinking.’ In times like this J.S. Mill idea on thought and expressions stands on fragile grounds.

“The peculiar evil of silencing the expression of an opinion is, that it is robbing the human race; posterity as well as the existing generation; those who dissent from the opinion, still more than those who hold it. If the opinion is right, they are deprived of the opportunity of exchanging error for truth: if wrong, they lose, what is almost as great a benefit, the clearer perception and livelier impression of truth, produced by its collision with error.” (J.S. Mill, On Liberty, 1859)

Interestingly, the state machinery also plays a very important role to ensure that most citizens are active on social media and having Internet access. For example, the present Indian government came to power, all thanks to their witty slogans, mass mobilization on online and offline media and raising a cyber army that tweeted or continuously posted on the critical takeaways from political rallies and demeaning the opposition with personal attacks. Having intrigued the minds of voters with ‘forced to believe’ electoral promises, it was a cherry walk for National Democratic Alliance (NDA) to come to power. A small trailer of such political campaigning was witnessed in 2014 when lakhs and lakhs of unemployed youth joined the bandwagon of spreading in falsity and believing in a hallucination of ‘achche din(s).’ As per the news report, Bhartiya Janata Party (BJP) for the forthcoming general elections in 2019 has already prepared a cyber army that attends conferences (Manthans) and is taught the benefits and usages of social media. (Quint, 4th July 2018)

Nevertheless, our Prime Minister in spite of his hectic schedules of rallies, visits and ‘hug diplomacy’ continues to charm his followers with tweets often in local or foreign language. It gave rise to a different trend in foreign policy, i.e., Twitter Diplomacy. The exchange of greeting in local language appeals to the voters on either side of the border. Its also symbolic wherein a statesman is embracing a new culture and signing a whole list of trade and military agreement that may prove beneficial to both countries in long-term per se. No wonder why, the Wall Street Journal called our Prime Minister, Narendra Modi as Social Media Superstar (Wall Street Journal, 2015)

Behind every superstar, there is a coterie of individuals who help in stitching the populist thoughts and developing a charismatic personality. They are called the cyber warriors who often call themselves the pseudo spokesperson of the party. Their only key responsibility area is the ‘coerce the other to believe in their ideas,’ ascribe to the role of puppet or yes-man for all government policy and are completely devoid of rational faculties to question the leader or party in power. The notion of loyalty and high acceptance of illusionary surroundings are a key attribute of a cyber warrior. Looking at the demographics of the cyber army, most of them belong to semi-urban areas lacking basic facilities to live a dignified life. All they own is a cheap android phone with a mobile connection (preferably JIO- currently being enjoyed by 238 million citizens. Not all of them are loyal supporters of the party/leader. It’s the most viable and cheapest mobile operator in India that provides a 4 G connection without any disruption or technical errors in India having unlimited Internet access. The most common applications on such a device are Twitter, Facebook, and Whatsapp. All of them running at the same speed of spreading fake information morphed videos and photoshopped pictures and awful GIFs (Graphic Interchange Format).

The most critical question her being; who is their target audience? It’s the opposition parties (national, regional and even sectorial ones), civil society groups, whistleblowers, and women. There is a constant proclivity to a particular kind of thought that has sectarian flavor. It’s this naïve thought or the hypocritical expression of knowledge that is imposed on others. The most evident example is Twitter, scores, and scores of individual question the present government on its failure to fulfill the electoral promises starting with ‘bringing back the black money’ and more ‘’employment and jobs for youth.’ But unfortunately, all of them have taken a back seat, and these trolls continue to believe that ‘achche din’ (good days) is coming when the government in power has less than a year to prove its credentials. The frivolous attack on women and their sartorial practices has also become a centre of attention. Their choices and freedom have been questioned at the step of the progress of women empowerment. Incessant rise in rapes or even threat of sexual assault or murder and the mental agony has not become the core of political agenda when every department in the bureaucracy is focused on building toilets that fail to meet the basic requirements. In a democracy, every section of the society has the right to express, listen and amicably argue but then the right to place swords in each others neck- is the most unacceptable practice of human behavior; which unfortunately finds a presence in present circumstances.

Why is it necessary to take sides in a debate at least on social media? It’s a domain, which in itself is polarized between what is true and what is false. And when some rational individuals develop thoughts that don’t align with the usual circumstances, he/she is hurled with vile vocabulary. Weren’t we made to believe that all individuals are different with unique tastes and ideas? When did this human civilization start believing in uniformity and debunking the particularistic practices? It is because we as individuals have become intolerant to other’s opinion. We have accepted the standpoint of receiving positive and appreciative messages from followers.

In the modern age, the social media functions through two structures- base and superstructure. The base consists of the citizens who on a daily basis form of the universe of thoughts color-ed with ideological vantage points, also called confluence of knowledge. They argue, and dosage of vile words increases hour-by-hour, day by day. It appears like ‘magnified power’ whose point of existence is converting the thought/thinking process of the other. Interestingly, one user runs multiple accounts continuously attacks the liberals or pseudo-liberals on point agenda. If that doesn’t allow him/her to come close to the victory line, then gender/class/ caste binaries are sketched. At this point, the Indian constitution appears to be a joke that fails to take into account virtual abuses or harassment. The Indian constitution allows individuals to exercise freedom of speech and expression (Article 19).

But then there is no demarcation between what has to be expressed and not expressed. What is more generally accepted in the Indian societies is Intolerance. The sheer rise of radical groups and leads both in online media has formed a cloud of fear, threat, and insecurity. The very notion of democracy at least appears farcical at this point!

The superstructure is the online communication or interaction between statesman, diplomats, politicians and renowned individuals. While going through timelines, an initial glance shows that grass is green on all sides. Very few leaders seem to articulate densely on matters of inequality such as sectarian strife’s, murder, riots and others. They send congratulatory messages to each other, applaud the feats of ministries and recognize the contribution of ‘specific citizens’ in government promotion programs.

On a day –to day basis, both these structures function abstractly. The problems such as violations of fundamental rights in the base don’t hamper the functioning of the superstructure. At least in the superstructure- hypothetically the constitution is implemented in letter and spirit leaving the interpretation of such coveted document in the hands of a party or a ruler!

We need to understand that social media is a farcical place to substantiate one’s point, as long it remains intolerant to others views. The concept of deliberative democracy is wholly subverted here! The army cyber warriors have contributed the maximum to eroding the space of amicable debates and arguments. So next time when we decide to share our thoughts on a virtual platform, we think twice before hurting the vested interests, or not!