The Corona Pandemic: Lessons for the Future 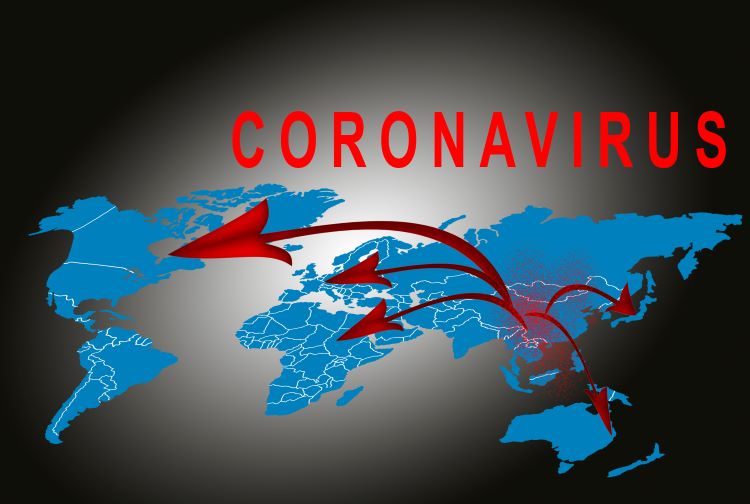 The ongoing devastating Coronavirus pandemic that is sweeping the world like never before has already witnessed deaths crossing one million and infections touching close to thirty-nine million. And if experts and scientists are to be believed, its ferocity is far from over, and maybe a vast number of more deaths are going to be witnessed helplessly by the entire humanity in the next few weeks.

The words of Bill Gates, co-founder of Microsoft, have turned to be prophetic. Speaking at Vancouver a few years ago, he had wondered if the world is prepared for any pandemic, especially virulent flu, that might struck the world and kill millions of people. Irrespective of tremendous advances that mankind has made in the domains of science, technology, and medicine, we have become hapless victims of this Covid-19 outbreak and are busy simply ‘counting the numbers.’

It is important that for the present we, the whole of the global community take all feasible and effective measures to minimise and then mitigate, to the extent possible, the impact of this unparalleled disaster that has impacted us. To begin with, faster development of R & D efforts leading to the development of a suitable vaccination against this dreaded virus requires to be done on a war-footing. In fact, it is already being done so. Countries like the US, France, Australia, UK, Germany, Japan, India, South Korea, and others are working incredibly fast on it. Reports have suggested that human trials have already been initiated in a few places and important breakthroughs might well be in the pipeline in the next 6-8 months.

The answer to the issue raised by Bill Gates in March 2015 has been made clear by this Corona pandemic i.e. the world is not all prepared for any kind of pandemic. And that makes global cooperation in enhancing medical research, provision of medical essentials in the form of medicines, medical equipment, clothing, and the like all the more imperative and it has been proved by the disaster inflicted upon the world by Corona.

Another important lesson we have got from this tragedy is that each country, especially the ones with larger populations, should develop at least a moderate or well-developed healthcare system. Each of them should be reasonably prepared to deal with an emergency situation lest the current state of vulnerability of nations like Italy and Spain does not occur with others anytime in the future.

An equally important lesson that we should work on is the development of an early warning and response system for epidemics, as is the case with AWACS that we have as our defence and security apparatus. The development of such a massive medico-scientific infrastructure for each country may not be feasible and there arises the need for global cooperation on a pan-geographical basis. The World Health Organisation (WHO) of course, is supposed to have such a system in place but the way it has failed and put humanity in danger in the case of Corona, puts a big question mark regarding over-dependence on it.

Given the global uncertainties that we have been exposed to in recent times, not only the Corona crisis but others like global warming, unexpected and sudden forest fires, frequent tornadoes, energy crisis, and the most likely economic instability to be followed by expected social chaos, consequently to the worldwide outbreak of Corona pandemic, concerted efforts are required on a global scale to prepare various kind of disaster management programmes, relevant to the needs of specific geographical regions and based on latest scientific studies and technological applications.

This scenario is all the more important for nations of south Asia with limited resources and a massive population to serve. All countries in the region, especially India have suffered hugely in terms of infections and death on account of Corona. Economically, however, all nations in the region, Pakistan, Bangladesh, Sri Lanka, Afghanistan, Nepal, Myanmar have suffered heavily. Some academic studies have suggested that a huge chunk of the population in the south Asian region may be forced to poverty, destroying the efforts of previous decades.

Usage of data analytics, Artificial Intelligence (AI), drones, remote sensing, and dual-use of defence and space technologies, wherever relevant for civilian crisis situations should be done on an optimal basis. Further, a very significant area where we need to work and make fast improvement is the streamlining of healthcare professionals. We need to make their recruitment, training, and professional development by following the best practices relevant to the region’s needs and global standards. Only then, we can hope to have a professional, well-trained healthcare team that will take care of our people, if and when such a need arises.

And finally, an important politico-strategic lesson that the world must come to terms with is the ravenous thirst of China to become a superpower sans responsibility. This country keeps talking of its responsible behaviour but the way it has put the entire humanity in danger is simply unpardonable. The very genesis of Covid-19 from a seafood market in Wuhan, as the Chinese would like the world to believe, has been found to be questionable. The credible intelligence speculation of it getting leaked from one of the PLA-supported laboratories needs to be taken seriously.

Further, in the midst of this incredible human tragedy, the Chinese foray of naval power projection in the South China Sea, threatening small nations and forcibly occupying and renaming littoral islands in the region against their disputed nature, belies any sense of responsibility. Its incessant threatening behaviour against nations like Japan, Vietnam, and Taiwan at a time when the world is struggling to cope up with Corona is something that needs to factor into account of foreign and strategic policymaking of all nations in the region. Its sudden aggressive military manoeuvre against Indian border guards on a generally peaceful Laddakh region further reinforces the belief that it will continue to pursue its own agenda, irrespective of the world opinion.

Also, the way it hoodwinked the WHO and took the global community for a ride does not behoove it as a responsible major nation. While the actual number of Corona deaths in its own backyard remains a mystery, it in a way, allowed the virus to spread across the world. It accepted the donations in the form of medicines, medical equipment, PPEs, and later exploited the crisis to sell its own inferior quality medical gears to those nations, including Italy, India, and others, together with donating them to its very close ally Pakistan. That shows its purely exploitative and imperialistic penchant.

The whole world needs to be very cautious and verifiable with regard to any data that China might share with others on a bi-lateral or multi-lateral basis, be that scientific, technological, hydrological, intelligence, or strategic ones. It seems fairly certain that in its obsession to become a superpower China can stoop down to any levels and hence the current approach of this nation is not trustworthy. While trade, economics, and diplomacy with China has to continue but will require a staunch Kautilyan approach. This is probably the one political lesson that the whole world needs to learn and live with.

Rajesh Kumar Sinha, MA, MLISc, Mphil, PG Diploma in Journalism is a serving Librarian with the South Eastern Railway, Ministry of Railways. He has worked in print and web media for six years and writes for Foreign Policy News (US) and Rail Journal (India).