The battle between Bangladesh’s two begums is over

But under Sheikh Hasina, the country is growing more authoritarian 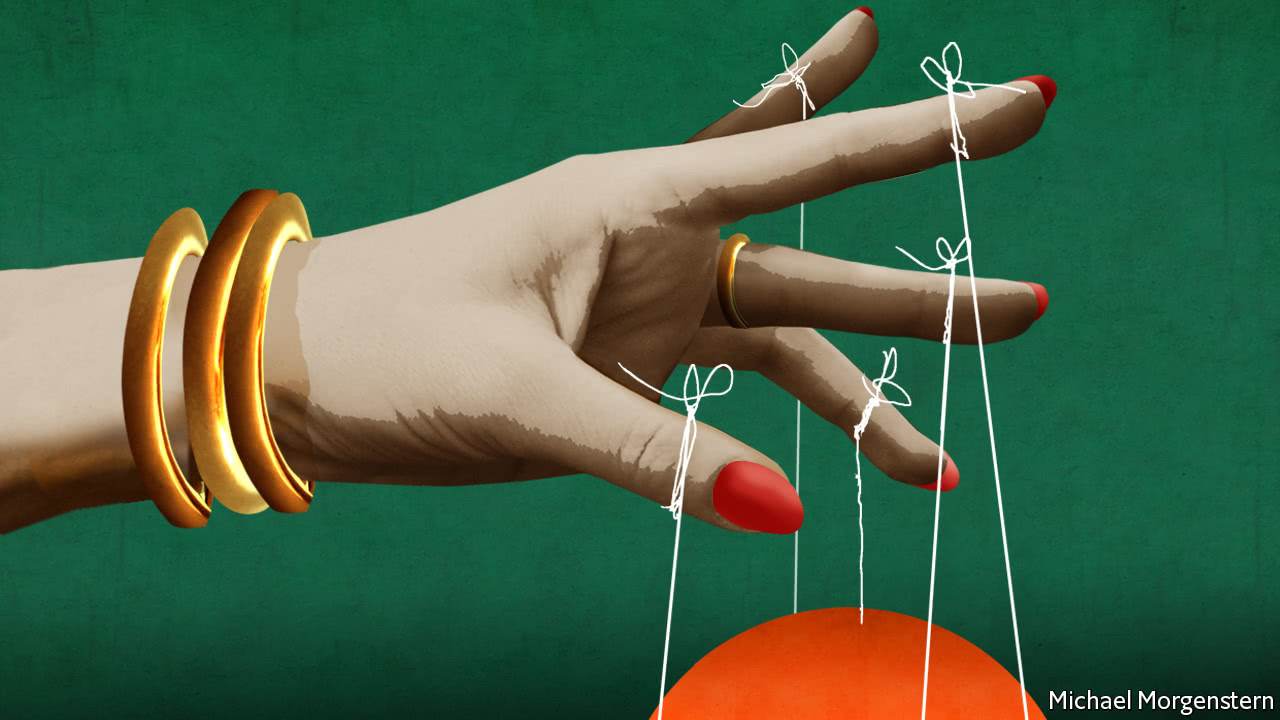 THE battling begums, Sheikh Hasina Wajed and Khaleda Zia, used to alternate in power with metronomic regularity. Both laid claim to aspects of Bangladesh’s founding myth. Sheikh Hasina is the daughter of the “father of Bangladesh”, Sheikh Mujibur Rahman, the first president. Mrs Zia is widow to Ziaur Rahman, to whom, as an army officer under Mujib, fell the honour of declaring Bangladesh’s independence from Pakistan in 1971. He may have known of the coup that lead to Mujib’s death, in 1975. Either way, in the ensuing chaos, he rose to power before being murdered by renegade officers himself in 1981. Both men grew dictatorial in power, resorted to violence to settle scores and, in Zia’s case, embraced Islamism in an avowedly secular state. Yet the memory of each is burnished by their respective parties, now run as fiefs by the two begums: Sheikh Hasina’s Awami League (AL) and Mrs Zia’s Bangladesh Nationalist Party (BNP).

Between 1991 and 2006 the metronome gave Mrs Zia two turns in power and Sheikh Hasina one, thanks in part to caretaker governments installed before each election. This competition helped avoid some of the worst abuses of power. Not before or since has Bangladesh’s press been so vibrant and free. Yet it was no golden era. In opposition both the AL and the BNP did all they could to frustrate government, walking out of parliament and shutting down the economy with hartals, general strikes. In power, both parties stuck their snouts in the trough—though the BNP’s second term in office was especially egregious.

When Sheikh Hasina came to power for the second time, in 2009, she took a more aggressive approach, going after her enemies and settling scores, some of which dated back to the war of independence from Pakistan. In particular, she set up a (domestic) International Crimes Tribunal to prosecute atrocities committed during the war. A reckoning was needed, but the tribunal was deeply flawed, violating defendants’ rights and open to political meddling. The tribunal has hanged half a dozen defendants, including a close adviser to Mrs Zia. The leadership of the BNP’s Islamist former coalition partner, Jamaat-e-Islami, was destroyed.

In other ways, too, Sheikh Hasina has outsmarted Mrs Zia, who shows signs of frailty and whose son and political heir, Tarique Rahman, cannot return from exile in London because of corruption charges awaiting him in Bangladesh. When Sheikh Hasina refused to give way to a caretaker government before the general election of 2014, the BNP played into her hands by boycotting the poll and encouraging violence. With no MPs in Parliament, Mrs Zia’s powers of patronage have ebbed, though she retains rural support. With the government hounding her, she seems a spent force.

The Awami League and its friends abroad, including the Indian government of Narendra Modi, celebrate a new era. With the metronome and the hartals a thing of the past, policymaking has become more consistent and the investment climate more stable. The government is building lots of power plants and roads. Economic growth has averaged 6% a year for the past decade and is forecast to canter on at almost 7% in the coming years. Some indicators of development, such as child mortality, are markedly better than in India. Bangladesh is no longer a “basket case”, as Henry Kissinger once declared.

Yet if Sheikh Hasina has abolished politics, it comes at a price. Partisanship has been replaced by brutal infighting within the ruling party itself. Corruption remains appalling. That allows well-connected industries, such as the tanneries of Hazaribagh, a residential area of Dhaka, to flout environmental laws, causing grave health problems for locals.

The press publishes little criticism of Sheikh Hasina or the AL. Publications that step out of line are hounded. The editor of the Daily Star, the biggest English-language newspaper, has been charged 84 times with defamation and other crimes. Draconian new laws on cyber-security threaten online media. It is even a crime to debate the official version of the war of independence.

The chief justice until recently, Surendra Kumar Sinha, was one of the few still holding the government to account. In October, while he was out of the country, he was charged with corruption and “moral turpitude”, among other things; under pressure, he resigned. Darker still is creeping state violence. Parts of the security services, such as the Rapid Action Battalion, a counter-terror unit, act with near impunity. Since 2014 hundreds of opposition politicians, activists and journalists have been arrested or abducted—more than 80 this year alone. Many have ended up dead. Meanwhile, the security services have failed to protect liberal and secular voices from violence by Islamist extremists, although a spate of lethal attacks in 2013-16 has slowed this year.

A general election is due by early 2019 at the latest. As it approaches, the notion that pesky politics has been abolished will look increasingly strained. Not least, deals of convenience that the AL has struck with unsavoury groups carry costs. In 2013 Hefazat-e-Islam, a radical movement financed by doctrinaire Islamists in Saudi Arabia, took to the streets to demand more pious government. The authorities agreed to rewrite school textbooks and remove a statue of the Greek goddess of justice from in front of the Supreme Court. Extremist groups may feel emboldened under a ruling party that is losing its reputation for secularism. And the camps housing more than 600,000 Rohingya refugees who have fled an army-led pogrom in Myanmar may become a fruitful recruiting ground for extremists.

Extrajudicial killings, growing concerns over weak environmental safeguards, pliable courts, a sense among young, educated Bangladeshis that they will be denied opportunities unless they have the right connections, and rich pickings for extremism: breakneck growth is being asked to paper over a lot.