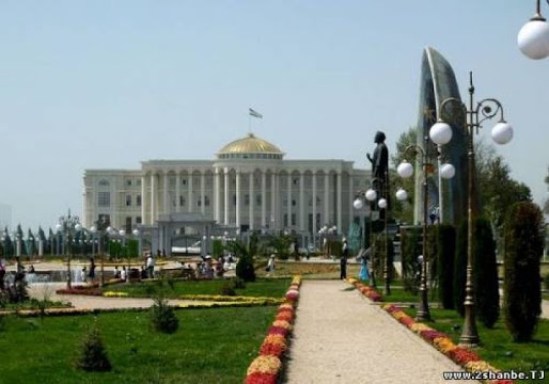 Could Tashkent be as a city of peacemaking for Afghanistan as it did in case of Indo-Pak (1965 War)? The First Tashkent Declaration was a peace agreement signed between India and Pakistan on 10 January 1966 to resolve the Indo-Pak War (1965). Now, the war theatre has changed to Afghanistan Conflict (2001-18), may be called Af-Pak. Why Af-Pak, as Pakistan conceives Afghanistan its strategic backyard vis-à-vis India and vice-versa Afghanistan alleges Pakistan for providing safe sanctuaries to Taliban and Al-Qaeda, operating from its territory. Realizing the security concerns across the border, Uzbekistan has reoriented its foreign policy towards Afghanistan particularly under its ‘Neighborhood First’ policy. Therefore, once again Tashkent has become witness to the peacemaking process of Afghanistan under the banner of an international conference, more precisely Tashkent Declaration 2 (26-27 March 2018).

For establishing peace in Afghanistan, several peacemaking mechanisms like Kabul Process, the Heart of Asia-Istanbul Process, the SCO-Afghanistan Contact Group, the Regional Economic Cooperation Conference on Afghanistan (RECCA) have been put in place. Now, the question is, how Uzbekistan can play an important role in Afghanistan peace-making? Could the Tashkent Declaration 2 could become a peace harbinger for Afghanistan? Despite sharing long historical, civilizational relations and common long border (2190 km) after Pakistan (2430 km), Afghanistan has not been figured prominently in Central Asia’s regional diplomacy radar as it had not played an important role in the conflict resolution of the former. The diplomatic relations (1991) between Tashkent and Kabul had been enervated after taking over the Taliban regime in Afghanistan. Afghanistan has become turbulent given the sectarian fighting and involvement of external actors, and hence, it had become significant security concerns for the neighbouring countries including Uzbekistan. The Tajik Civil War (1992-1997) had multiplied the security concerns of Uzbekistan. Thus, in anticipation of more security concerns across the border, the “Friendship Bridge” between Tashkent and Kabul was closed (24 May 1997). In this background, however, Uzbekistan had maintained the enervated political and strategic engagements with Afghanistan.

Keeping the security concerns in view, notwithstanding its passive foreign policy towards the neighbouring countries including Afghanistan, Uzbekistan has taken the step like an establishment of “Six Plus Two Group on Afghanistan,” (1997). Tashkent has signed several agreements including the transit, road construction, electricity, agriculture, security, etc. with Afghanistan. On the other hand, it had also extended strategic cooperation with the global players engaged in peacemaking, peacebuilding, and peacekeeping for Afghanistan. The first step in this direction on the part of Uzbekistan was to reopen the Frienship Bridge (2002). Secondly, it had provided an airbase Karshi-Khanabad and Termez for the US and Germany respectively to assist the ISAF to fight against the terrorism. It had also allowed the passage of supply lines of the Northern Distribution Network.

The aftermath of the changing political regime in Uzbekistan, a paradigmatic shift has taken place in its foreign policy. When Uzbekistan President Mirziyoyev came to power (2016), he had reoriented his foreign policy. With his neighbourhood first policy, he made Central Asia including Afghanistan as a top priority agenda of his foreign policy. The President had hosted the first round of political consultation of the foreign ministers of both the countries (January 2017) for extending cooperation in respect of Afghanistan peace process. For the further improvement of relations with Afghanistan, the Special Representative of the Uzbek President for Afghanistan has been appointed.

Hosting the International Conference for Afghan peacemaking process validates its Neighbourhood First policy of Uzbekistan. The theme of the conference hosted by Tashkent, ‘Peace Process, Security Cooperation and Regional Connectivity’ on Afghanistan is a major question for the strategic commentators. How much part of the theme may be converted into reality? In this conference, about 20 countries had participated in the peacemaking process. Despite the absence of Taliban in this meeting, Uzbekistan and Afghanistan have been hoping to strengthen the regional cooperation and consensus to end the two decades long Afghanistan ethnic conflict. While speaking in the conference, Uzbek President Mirziyoyev said, “Our country has been an active party to almost all the international forums including the Kabul Process, the Moscow Format, the Heart of Asia – Istanbul Process, the International Contact Group on Afghanistan, the SCO-Afghanistan Contact Group, the Regional Economic Cooperation Conference on Afghanistan (RECCA) to address the Afghan crisis.”

The Tashkent Declaration had emphasized on the peace process, which ought to be Afghan-led and Afghan built. Moreover, it should be as per the peacemaking resolutions and decisions of the regional and internal organizations including UN General Assembly and Security Council. It has also urged Afghanistan government to ensure guaranteed integration of the armed opposition group into the political life of the country. The group should be acknowledged and recognized as a legitimate political force to ensure its instrumental role in the establishment of peace. The participating members have strongly opposed all the forms and manifestations of terrorism without any distinctions. The members have also recognized the threats like transnational terrorism, drug trafficking and organized crime as common challenges to stability and sustainable development not only of Afghanistan, rather of the region and the whole world at large. It is believed that the conference will go in a long way to contribute to Afghanistan’s successful integration into the system of trade, economic and infrastructural relations with the states of Central Asia, the effective implementation of projects and programmes of regional scale.

Tashkent Declaration 2: Could Be A Phony Peace Harbinger?

Despite several peacemaking, peacebuilding and even peacekeeping mechanisms have been put in place; the peace has remained a distant dream. Since 2010, Afghanistan has been making several efforts and also offered several proposals to the Taliban, but it has remained crystal clear that the latter had never come forward or shown any inclination towards talks with Afghan authorities. Even recently, Afghanistan President extended an offer to Taliban to open an office in Afghanistan to manage their discussion, as well as the group, will be conceived as a political force. The hopes of talk on the part of Afghanistan dashed to the ground when the Taliban said no chance of negotiations with the Afghan government; rather the group had expressed a desire to talk only to the US officials, believing that the latter could help to end the protracted Afghan War. The report of DW (German Broadcaster) has anticipated the peace offering can be met with concerns and skepticism by the former Afghan Northern Alliance, which had played a key role in outfoxing the Taliban regime from Afghanistan.

The major challenge of the Afghan peacemaking is the geopolitical perspective. One Indian scholar has pointed out in his argument that the US has its geopolitical goal by engineering the peace process by Uzbekistan. Firstly, it will open the gateway for Afghanistan to the new world market. Moreover, by making an alliance between Afghanistan and Uzbekistan, the access route/s through Central Asia would be available apart from lessening the former ‘s dependence on Russia, Pakistan, and Iran. Secondly, it will revamp the Northern Distribution Network to supply the US-NATO bases in Afghanistan, by sidelining Russia and Pakistan. Thirdly, the US would become successful in outfoxing the great game actors like China and Russia from Central Asia. By the Tashkent Process, the US anticipated that China’s recent moves on Afghanistan could be weakened Chinese initiatives like China-Afghanistan-Pakistan (Foreign-minister level forum), the Shanghai Cooperation Organization (working group with Afghanistan) and, most important, to extend the China-Pakistan Economic Corridor into Afghanistan integrating that country with the Belt and Road Initiative.

The Operation Enduring Freedom (2001) had launched by the Bush regime, which has three major objectives like to root out the terrorist, to capture of Osama bin Laden, and the cessation of terrorist activities in Afghanistan, which are major threats not only to Afghanistan, rather the entire humanity at large. Notwithstanding the 1.5 lac boots on Afghanistan land and several peacemaking and peacebuilding mechanisms in place, peace has remained a distant dream for Afghanistan. Whereas on the other hand, terrorist attacks have been increased exponentially. As per the Annual Report of the UN Assistance Mission in Afghanistan (UNAMA), during 2017, the killings (3,438), injured (7,015) and about civilian casualties (10,453) have taken place. The new South Asian Policy of the Trump regime has also been failed to show any positive sign in the Afghan security situation.

Tashkent has a record of peacemaking for the countries such as of India and Pakistan (1966). Currently, it has taken a few steps for peacemaking for Afghanistan conflict including the International Conference (26-27 March 2018). Tashkent Declaration strongly advocated for the peace process which is led and built by the Afghans. It had suggested the guaranteed integration of the armed opposition into the Afghanistan political life. It had gone to the extent of suggesting that the same may be recognized as a legitimate political force for the success of the peace process. The main focus of the declaration was also to register strong opposition to all forms and manifestations of terrorism.

Notwithstanding the several peacemaking initiatives, the socio-economic challenges, ethnosectarian disputes, organized crimes and criminality, killing of soldiers and civilians, attacks of green over blue, exponentially growing rate of desertion among the Afghan soldiers, increasing control over geographical covers of the non-state actors, and absence of peace are some of the existential threats, which have multiplied during the last two decades for Afghanistan. Even the latest meeting of the senior officials (The Heart of Asia – Istanbul Process, 19 April 2018) took, wherein a delegation of the Uzbekistan Foreign Ministry had participated. In this meeting, again the participant countries had ruminated over the issues like security and the regional economic cooperation in general and the strengthening the confidence-building measures were in particular, for the stabilization and socio-economic recovery of Afghanistan.

Until geopolitics and mediation of third parties prevail, Tashkent Conference’s lofty and idealistic goals such as ‘peace, security, and regional connectivity’ would be like castles in the air. The people and politics of Afghans have to be wise enough to understand the great game led by external players. Otherwise, Tashkent Declaration could be a phony peacemaking process. Had these goals become part of Afghan people’s lives!!