Status of democracy and regional cooperation in South Asia 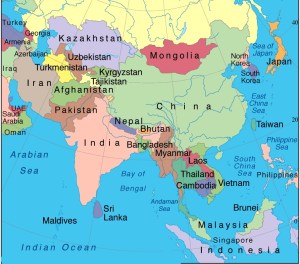 Even two years ago, Aung San Suu Kyi was adored and admired as the icon of democracy and human rights. Recently, the same person has turned into a top villain of democracy and human rights. Lots of international organizations and institutions had already taken back the awards, prizes, and accolades conferred to Suu Kyi. In politics, the slightest mistake would cost the gravest consequence. In diplomacy, the cost of errors is even much bigger and wider. The case of Rohingya persecution has exposed the radical Buddhist face of the Myanmar authorities. Aung San Suu Kyi, although had faced criticism from the world, she still enjoys unconditional support from China – a country that feels exceptionally comfortable in romancing with a loyal and dedicated ‘friend.’ Moreover, this romance is extremely beneficial to both the nations. In this case, India is playing the role of Ravan (a Hindu religious villain), which is trying to snatch Myanmar from the bed of China. Aung San Suu Kyi may not realize the Ravan hidden inside smiling face of India. Like Hindu goddess ‘Sita’ (Hindu god Ramcharan’s wife), Suu Kyi even may cross the red lines drawn by China; giving an excellent opportunity to India in ‘kidnapping’ her. But in reality, an intelligent Aung San Suu Kyi will never do that. Because she precisely knows the cost Bangladesh has been paying for maintaining and uneven relations with India. She knows India is not the friend in need- but it is the ‘friend’ filled with luster and greed.

Although China has been giving a diplomatic support to Sue Kyi and her predecessors, it is not an angel.

Realizing this after 68 years, North Korean leader Kim Jung Un is eagerly waiting to meet President Donald Trump, to resolve the crisis in the Korean Peninsula. For decades Beijing had extracted undue advantages from North Korea taking full advantage of its isolation. Once the Peninsula crisis is over although North Korea will be relieved of isolation; the most beneficiary will be South Korea – America’s longtime friend. Meaning, here again, President Donald Trump is not an angel. What he is doing is actually for the benefit of South Korea. In fact, there is no room for any angel in diplomacy. Diplomacy is the art of smart people, but if it goes to the hands of a power-monger unpatriotic leader – it always will bring extremely bitter fruit – if not devastating.

From the local media, it has become clear that the international community has suddenly lost interest in Rohingya issue. Most possibly they are not going to be generous again providing billions of dollars required for meeting basic requirements of these unfortunate people.

This is very disturbing as there could be a famine of similar ferocity like what Bangladesh experienced in 1974. My readers may argue, the Rohingya crisis won’t have any adverse effect on all the people of Bangladesh. Instead, it may have an impact on the Rohingyas and the people of Chottogram [Chittagong] and hill tracts. Wish this was limited to this area. But unfortunately, the effect is going to be felt everywhere in Bangladesh. All ongoing development projects would be affected. If Bangladesh’s national exchequer gets exhausted in buying food and basic requirements worth billions of dollars for the Rohingyas, it will lead to a huge pressure on our entire economy. The government may not have sufficient funds to ensure a buffer stock of food grains for the upcoming rainy season, God forbid, if there is a flood in Bangladesh like what we had in 2017, Bangladesh may end up in a catastrophic situation. In this scenario, Indian traders will abruptly increase the export price of the food grains [taking undue advantage of our helplessness]. Thailand and Vietnam may not even show any kindness by supplying food grains at a reasonable price. In that case, our only source of importing rice at a fair price will be Pakistan and maybe Myanmar. Myanmar could be an unpredictable supplier of grains as they would like to punish the Rohingyas and consequently Bangladesh.

When we are heading towards an unexpected hurdle with the Rohingya issue, Western countries are concerned about forced disappearances and extrajudicial killings in Bangladesh. A botched election will further exacerbate Bangladesh’s standing internationally as well as internally.