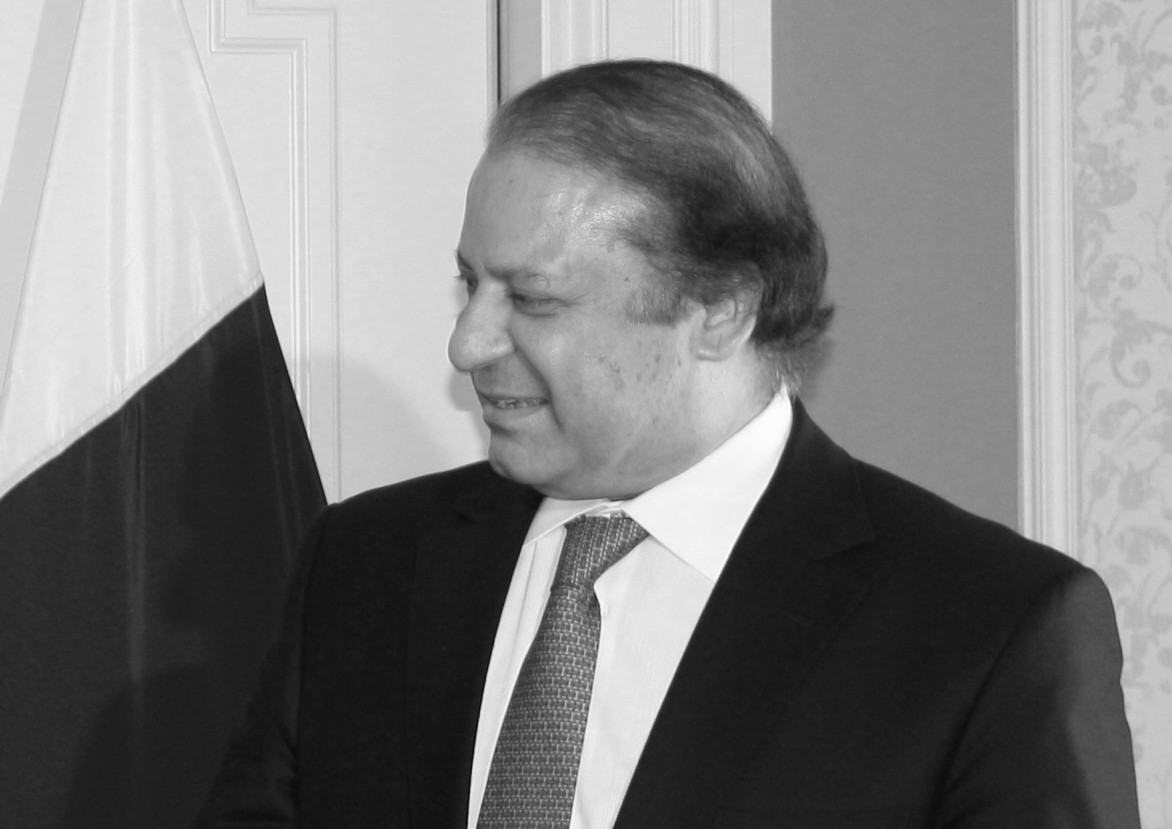 In the aftermath of the Peshawar tragedy in which 150 people, mostly school children, lost their lives, Pakistan has become a nation extremely concerned about security. The periphery walls of many schools were raised a couple of feet; some schools have installed cages around their entrances while others have hired police. As children returned to school on January 12, parents discussed and allayed one another’s legitimate concerns for their children. Fear and insecurity permeated the air. Only the brave wished to discuss details of that black day.

Capitalizing on this enormous fear and insecurity in the country, the military establishment strongarmed Parliament to enact amendments to the Constitution and the Army Act 1953 to set up military courts to try civilians accused of terrorism. The government swiftly lifted the six year moratorium on the death penalty (DP) right after the December 16 attack on Army Public School (APS), ostensibly to re-assure people that terrorists would receive the most draconian of penalties. Ignoring the pleas of human rights groups, the executions commenced.

The first two to face the death sentence had nothing to do with terrorist plots on civilians or the APS. One was convicted for his involvement in a plot to assassinate ex-military dictator General Pervez Mushraff and the other for an attack on the Pakistan Army HQ. Lawyers rushed to defend the use of DP citing only terrorists would be hanged without thinking about how many languishing in jail come under the purview of anti-terrorism laws even though they had nothing to do with “terrorism” because of too broad legal definitions.

Fears and insecurities, however legitimate, are always used by powerful agents in society to further their agenda and solidify their control over politics and in the process undermine democracy and human rights. Military courts were ushered in without adequate parliamentary debate thereby creating a dangerous precedent. There was no discussion of how a parallel justice system subverts the Constitution and weakens the judiciary.

There was no public debate around how such courts would deprive people of their fundamental protections of procedural due process and fair trial and whether generals are qualified to adjudicate guilt. No questions were asked about whether the civilian court systems had actually failed to convict those charged with terrorism, or were these trumped up to justify military intervention and a soft coup of sorts. There were also no consultations around the 27 international conventions that Pakistan has ratified that require that people facing prosecution be accorded basic rights when facing the state’s formidable prosecution apparatus., let alone an illegitimate one.

There was no opposition to military courts from members of the national assembly and the senate. PPP parliamentarian, Raza Rabbani, wept at the demise of democracy yet gave military courts a “yes” vote in loyalty to his party’s position. Imran Khan’s PTI, JUI-F and JI avoided the vote, not because of constitutional objections, but because the amendments clamp down on terrorism on the basis of “religion” and sect” and they wanted no reference to religion. Leader of the lawyer’s movement and now lawmaker Aitzaz Ahsan said he was on the technical committee and tried to limit the bill.

Squelching open discourse and coopting lawmakers was possible because of the existing high level of fear and insecurity in the country. Yet, uninformed and ignorant citizens with fewer fair trial rights are not safer — they are more vulnerable and disempowered. They wield less control in a shrinking space for citizenship and democracy. People hanging from nooses may be a dramatic display of retributive justice, but in an information vacuum, that’s all it is. Drama may appease the need for vengeance or satisfy a sadistic streak in some but it does not make people safer or serve as deterrence.

Most people are in the dark about why the death penalty moratorium was instituted in the first place. Some opine it was because the state was afraid to hang militants. Some say it was Zardari’s special cause as he empathized with prisoners. Others maintain it was because of the state’s bid to adhere to international human rights conventions and get preferential trade status from the EU, and yet others say that the reason is classified and only a few top lawyers have access to that information.

When you start asking questions you realize how much is at stake and perhaps we are living in a scarier state than we realize with multiple fictions making us “safer”. Lawyers supporting the death penalty claim Shariah calls for mandatory death sentence in certain situations and that we in Pakistans as a society are somehow pre-disposed to stiffer sentences as our social context is different. They scoff that human rights are for developed nations. Never mind that for six years people remained largely unperturbed that there were no state sanctioned executions.

In a political economy of war and militancy fear and insecurity are intangible assets that can be cashed to enact draconian anti-people laws such as the 21st amendment, the Pakistan Protection Act, to reinstate the DP, and to stage soft coups that enhance the military’s role in government. Religion is a tool deployed by all parties to further their agenda – TTP uses their version to justify militancy, the state exploits blasphemy law to shut down debate and justify human rights violations, and civil society engages in futile debates about how its true spirit has been sifted out by all involved, while remaining pathologically obsessed with rituals often to the peril of active citizenship.

U.S. aid for the military continues unabated and there have been endless operations in Pakistan tribal areas and Swat supposedly to end militancy, and perhaps to justify that funding. In June 2014, the military started an operation called Zarb-i-Azb in North Waziristan causing massive displacement of an estimated 1.2 million people, many of whom were children and unaccompanied minors traveling on foot after the bombing of the region had already begun. While most IDPS have gone to live with relatives in Afghanistan and all parts of Pakistan, some have suffered inhospitable conditions in IDP camps in Bannu and DI Khan.

ISPR, the public relations department of the military, acts as a watchdog for all information flowing out of the field.  Newspapers will often print ISPR dispatches from FATA of numbers dead and in the same paragraph call them “militants” and then “suspected militants” — thereby ringing alarm bells as to whether they were civilians and if they were suspects then what were the circumstances of their deaths. Could they be captured and placed on trial – or were these depraved extra-judicial killings? Without information, the people are left with speculation.

Without a developed human rights public discourse, international human rights groups remain more concerned about the barbaric US drone attacks (with establishment complicity) than our civil society. Killings and disappearances in Baluchistan continue where the military has been fighting nationalists. One wonders why the insecure lives in FATA and Baluchistan don’t raise the same level of national concern and outrage about how is the state able to kill with impunity.

The debate has been restricted to an apolitical analysis of the plight of IDPS. Legitimate questions about the efficacy of these army operations in light of the displacement and deaths of civilians are not allowed. There is no accurate reporting on the numbers dead or the economic cost of displacing 1.2 million people by virtue of dismantling their livelihood, and the burden on host families.

Pakistan is number six on the globe’s slavery index and last among countries where the management force is female. Parliamentary activity was low last year with many lawmakers absent. PTI continued a meaningless three-month long protest thus abstaining from their parliamentary work and reneging on administration of KP-K. This was yet another face of corruption. That they offer a new Pakistan is nothing but a faint promise of more obscurantism and discord disguised as a top-down cleansing of corruption.

Given military domination and the erosion of all other pillars of state, such as the legislature, judiciary, free press, where does the common citizen stand and what rights and benefits can s/he expect from the state? When the state is absent except when it needs to impose its own power agenda it brings up the question of its purpose and leads to systematic breakdown of not only services but also of the less tangible aspects that make up a country such as community, values and identity.

It is essentially a downward spiral where space for participatory citizenship is squeezed so that each person only looks after her or his own. Pakistan is on a collective suicide mission unless citizens are able to fight and capture back from the forces their right over the larger narrative being set by the army, religious forces and the politicians.