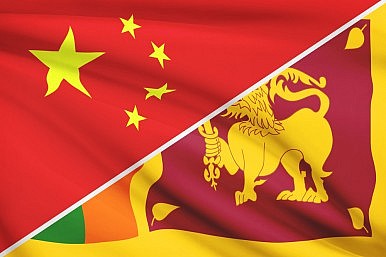 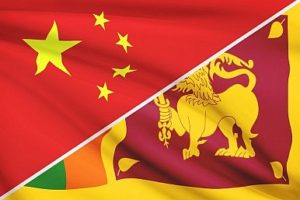 Beijing lost much of its influence over Sri Lanka following a regime change in early 2015 that saw pro-Beijing President Mahinda Rajapaksa ousted. The new government promised a ‘balanced approach’ to dealing with the major powers-Washington, the global superpower, Beijing, the aspiring superpower and India, the regional hegemon. However, within two years Colombo has renewed its special relationship with Beijing by agreeing in late 2016 to buy military transport airplanes from China and give 80 per cent of the Hambantota deep seaport on a 99-year lease to China for US$1.1 billion, not to mention the offer to renew the Chinese-funded Colombo Port Project suspended in the wake of the ‘regime change’.

Not that Washington or New Delhi was unaware of the consequences. In December 2009, the US Senate Foreign Relations Committee noted Sri Lanka’s strategic drift (towards) China to have consequences for U.S interests called for increasing US leverage vis-à-vis Sri Lanka by adopting a robust approach to secure US interests.

The ‘robust approach’ involved the US supporting the United Nations Human Rights Commission (UNHRC) resolutions between 2011 and 2014 calling for investigations into war crimes committed during the latter stages of Sri Lanka’s civil war. The 2014 resolution called for the UNHCR to undertake a ‘comprehensive investigation into alleged serious violations and abuses of human rights and related crime’.  The purpose was two-fold: one to exert international pressure on the Colombo government and the other to convince the Tamil voters that a new regime would punish those responsible for the war crimes and thus gain their crucial support to oust Rajapaksa. Faced with the growing intimacy between Beijing and Colombo, New Delhi joined Washington.

Washington rewarded the new government by postponing the March 2015 UNHRC hearings on Sri Lanka’s war crimes and just prior to these hearings in September 2015, reversing its call for an international investigation. In December 2015, Washington declared Sri Lanka to be a country that promotes the values of democratic governance and respect for human rights, freedom of navigation, sustainable development and environmental stewardship. Washington’s readiness to abandon the ‘stick’ and use the ‘carrot’ seems premature. But with a West-leaning Prime Minister and Foreign Minister in the Colombo Government, Washington may well believe it has secured a foothold in Sri Lanka and a carrot was necessary.

At the beginning, New Delhi was hamstrung in supporting the UNHRC resolutions having supported Colombo’s campaign against the Tamil rebels. However, faced with the growing intimacy between Beijing and Colombo, New Delhi showed no hesitation in help bring about a regime change working in tandem with Washington. In early April 2016, Sri Lanka’s Prime Minister Wickramasinghe, in announcing the renewal of the Chinese funded Colombo Port City Project declared that the cooperation between China and Sri Lanka would intensify and go far beyond that. In the same month, Colombo flatly denied the claim by India’s Road Minister Nitin Gadkari of discussions on constructing a bridge connecting the two countries. When Indian soldiers were killed in Kashmir, New Delhi expected other SAARC (South Asian Association for Regional Cooperation) members to condemn it as a Pakistan sponsored terrorist act and withdraw from the SAARC summit to be hosted by Pakistan. Afghanistan, Bangladesh and Bhutan promptly withdrew. Sri Lanka offered condolences to families of the victims but did not withdraw. Instead, Sri Lanka’s Foreign Minister told the Sri Lankan parliament ‘There was no question of pulling out when there was no summit to attend’.

Colombo’s swift turn around vis-à-vis New Delhi is not surprising. Colombo has always countered its giant neighbour’s influence by forging close relationships with those opposed to it. During the Indo-Pakistani war in 1971, Colombo supported Pakistan by providing re-fuelling facilities. During the cold war, Colombo maintained a pro-Western policy in contrast to New Delhi which had a special relationship with the Soviet Union. Little wonder the rationale for the ‘regime change’ was questioned within days on the grounds that given the geopolitical underpinnings of the Beijing-Colombo axis it was unlikely that Colombo’s relationship with China would   drastically change merely because one president is replaced by another.

Realising Colombo was fast slipping away; New Delhi invited President Sirisena for bilateral talks in mid-October. Later, the Indian Foreign Secretary met with the Sri Lankan President in Colombo, followed by another visit to New Delhi by Sirisena on 6 November.

Alerted by this flurry of visits, in early November, the Chinese Ambassador to Sri Lanka chastised Sri Lanka for its lack of consistency in implementing the Colombo Port Project and warned Sri Lanka faces the risk of losing foreign direct investments if it fails to maintain a consistent policy. Colombo catapulted by agreeing to buy planes from China and lease the Hambantota port to China.