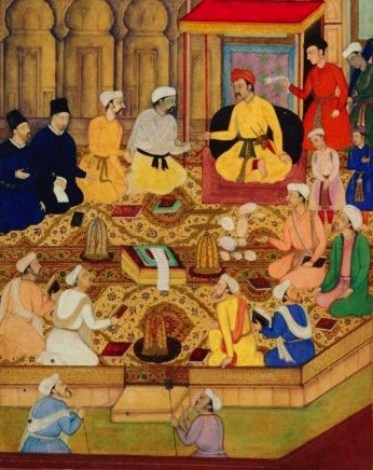 The idea of a society which we confront is not something given by nature but instead that which was crafted by human beings in the past and that which is constantly being made and remade by them in the present. Neither in respect of individuals nor in respect of society, freedom has ever meant or perhaps could ever mean, the absolute absence of all limits and constraints. Now, in most cultures, society is conceived as the last term of our thought in terms of which and for which everything else is to be understood. This is known as the “Socio-centric” predicament. [i] This primarily results from the view that a human being has nothing in himself that he does not derive from the society and hence, owes to it and therefore, is supposed to be burdened with the absolute responsibility for all that happens to the society. The Greek, Christian and Communist versions are merely variations on this one theme which lies at the heart of the Western culture.

Since we live in a society, humans are largely interdependent and thus, no human beings’ activity can be seen in isolation as never to obstruct the lives of other individuals in any way. The liberty of some must depend on the restraint of others. However, philosophers with an optimistic view of human nature, such as Locke and Mill in England and Tocqueville in France, believed that social harmony and progress were compatible with reserving a certain minimum area of personal freedom which must on no account be violated, neither by the state nor by any other authority. Consequently, it is assumed that the area of men’s free action must be limited and protected, at the same time, by law. For the conduct of human beings is regulated by the imposition of duties and accordance of rights.

The concept of rights was first developed in Rome, which was also the first western society to develop and acknowledge the idea of private realm and which insisted on its relative inviolability and equality with the public realm (Baxi). Rights were formulated by the law which in turn was an articulation of the community’s concept of justice. A roman individual enjoyed rights because it was believed to be the only way the community to realize its general ends. He had no claim to the rights and did not enjoy rights as of right. Thus, the individual was never deemed to be the primary subject of rights.  However, the modern conception of rights regards the individual as its primary bearer unlike the pre-modern society wherein communities, traditional groups, guilds, corporations, families and even land were bearers of rights.

A pertinent question to put up at this point would be that under what circumstances do duties and obligations arise, consequently leading to the formulation of rights?

Celebrated philosopher H.L.A. Hart answered the said question in this way: “Duties exist when social rules exist providing for such duties”.[ii] Such social rules exist when the practice conditions for such rules are met. These practice conditions are met when the members of a community behave in a certain way and then this behavior constitutes a social rule and imposes a duty. Thus, no rights or duties of any sort can exist except by virtue of a uniform social practice of recognizing these rights and duties. But, how can we be certain that rights are realizable only when coupled with corresponding duties?  For some people do not see rights unless it is balanced by what Emmanuel Kant called a perfect obligation – a specific duty of a particular agent for the realization of that right.[iii]  According to Kant, when we act well and are solely motivated by good inclination, our actions lack moral worth.

Kantian ethics is deontological in nature, which means an ethical theory that defines right independently of the good.[iv] This is different from teleological theory as per which the right is defined in reference to the good, usually the good that the action produces. Kant believed that morality was a priori.[v] According to him, our duties can be understood in terms of respecting the moral law even if it leads to bad effects rather than good ones. So, as per Kant’s approach what makes an action wrong or right is not the good or bad that it produces, but the kind of action that it really is in its essence. [vi]  He  makes his point clear by giving an example of a person whose mind is clouded with his own sorrow so that all sympathy with the lot of others is extinguished, and suppose him still to have the power to benefit others in distress, even though he is not touched by their trouble because he is sufficiently absorbed with his own; and now suppose even though no inclination moves him any longer, he nevertheless, tears himself from his deadly insensibility and performs the action without any inclination at all but solely from duty, it is then for the first time, that his action has genuine moral worth.[vii] So, what can be gathered from Kant’s theory is that morality is categorical and an imperative. The substratum and essence of moral duties and obligations is a reason and not desire. An approach somewhat similar to this can be observed in the readings of Confucianism. Confucius did not suggest blind fealty to the state. When Zilu asks him how to serve a prince, Confucius  replies, “Tell him the truth even if it offends him.”[viii] Confucius per se, is not anti-practical caution and tact, but he simply encourages the idea to oppose and detest a bad government.

Another important aspect to be considered here is whether the concept of rights is really universal? Is it more about ethics, discipline, and loyalty than about rights and entitlement? Now, rights also include claims to political liberty across cultures so, let us understand the idea of universality of rights in this context. Assume that the idea of personal freedom for all is an imperative for a good society. This claim has two components: [ix]

Another pertinent distinction is between,

One can find diverse views on freedom, tolerance, and equality in the Indian traditions. A very prominent example to illustrate the need for tolerance for all on an equal basis can be found in the writings of Emperor Ashoka, a universalist, who after being marred by the bloodbath he witnessed in his own victorious battle against Kalinga, converted to Buddhism. Importance of tolerance has been well emphasized in his edicts from the third century B.C., which is both for public policy by the government and as advice for the behavior of citizens to one another. For example, the edict at Erragudi says: a man must not do reverence to his own sect or disparage that of another man without reason.[xi] Depreciation should be for a specific reason only because the sects of other people all deserve reverence for one reason or another.

Another ardent believer and practitioner of tolerance of diversity in India were the great Mughal Emperor Akbar, who reigned between 1556 and 1605. It is important to note here that Akbar was not a democrat but a powerful king who acknowledged and accepted the diversity of various social and religious beliefs and human rights of all kinds, which included freedom of worship and religious practice. For instance, as the year 1000 in the Muslim Hejira calendar reached in 1591-1592, Akbar issued various enactments at this point on religious tolerance including the following:

No man should be interfered with on account of religion, and anyone is to be allowed to go over to a religion he pleased.

Further, if a Hindu, when a child or otherwise, had been made a Muslim against his will, he is to be allowed, if he pleased, to go back to the religion of his fathers.[xii]

Thus, the concept of rights in the form of tolerance, freedom, and rights in themselves, has been prevalent for years and is widely acknowledged as a fundamental aspect of our being today. Rights are distinctively valuable for us and owing to the chaotic and destructive world that we live in, they are more so, indispensable.  There is still, however, a lot of conflict regarding the same. But one cannot deny that rights ensure a sense of freedom and security in human beings which in turn establishes social order, peace, and harmony. Recognition of rights can also be somewhat translated as the need for realizing equality among individuals otherwise we all know that freedom for the pike is death for the minnows.