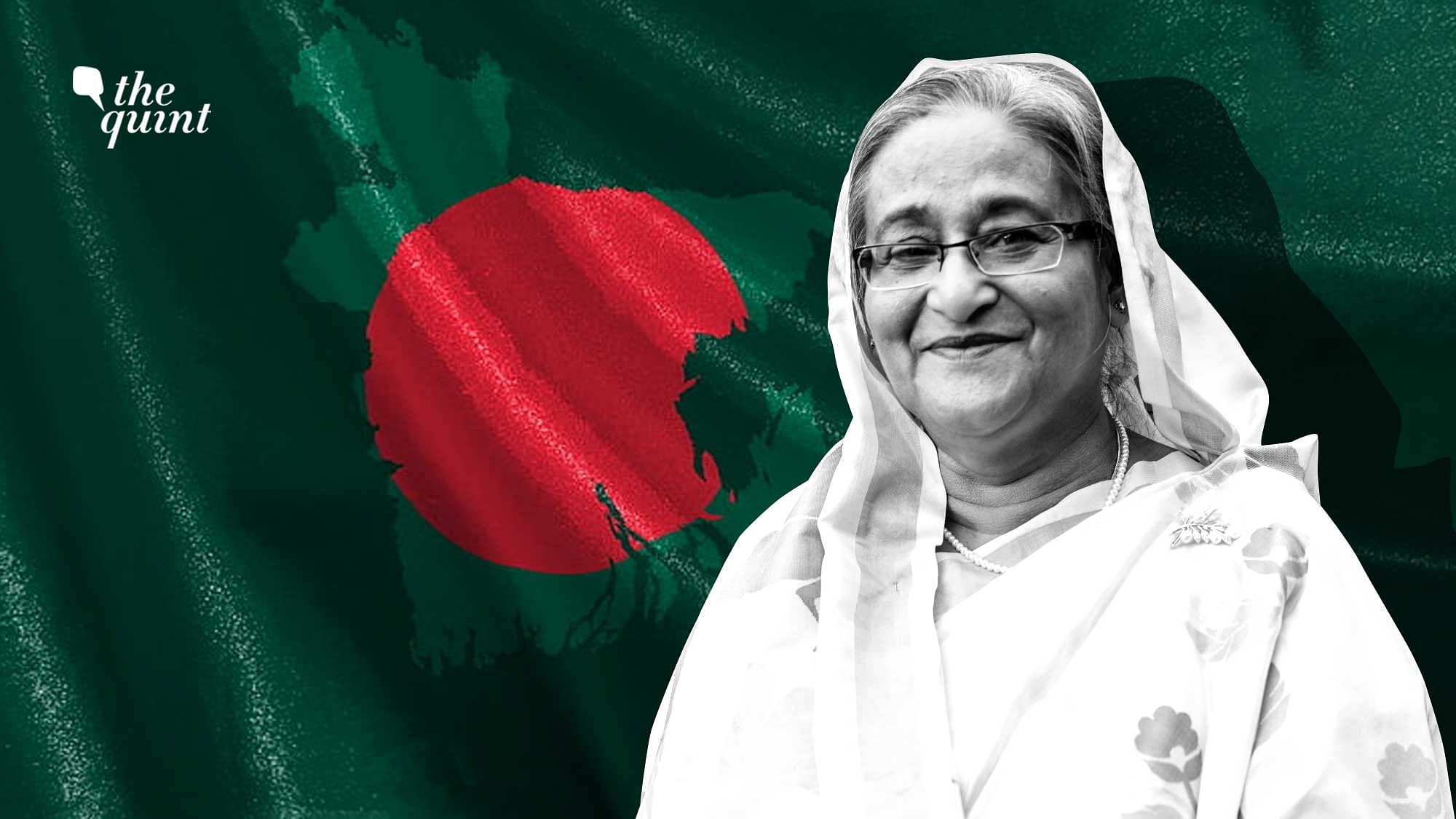 Make no mistake: Bangladeshi Prime Minister Sheikh Hasina is no Jacinda Arden — the New Zealand premier who became a global icon of compassion and tolerance by hugging terrified Muslims after the massacre of 51 worshippers in a Christchurch mosque in 2019 and vehemently criticising Islamophobia.

In contrast, Hasina’s crackdown on rampaging Islamist mobs who vandalised temples during Durga Puja and killed two Hindus, is a calculated political response to benefit herself — poles apart from the empathy, morality, and principles, which characterised Arden’s acknowledgment of White Christian terrorists. Arden, 41, bared her heart and soul, while Hasina, 74, works with her cunningness and guile.

‘How Can Sheikh Hasina Let This Happen’: Javed Akhtar on Violence in Bangladesh

How Did the Awami League Govt Respond?

At one level, Hasina’s Awami League government did exactly what any upright, law-abiding administration must do — shoot dead attackers belonging to the majority community to save the minority community from death and destruction.

Five Muslim law-breakers were killed in police firing – a fact obfuscated in media reports in India, which create an impression that all seven killed in the Durga Puja-centred violence are Hindus, whereas the police shot dead five Muslims.

Deploying the Rapid Action Battalion (RAB), hundreds of fundamentalists were arrested in a nationwide swoop. Most importantly, the two “foot soldiers”, Iqbal Hussain and Saikat Mandal, who placed the holy Quran at the feet of goddess Durga and telecast it live on Facebook respectively, to whip up religious passions were hunted down using CCTV footage. The duo’s handlers are yet to be caught, though.

Moreover, Hasina condemned the targeting of Hindus and the ruling party organised processions in Dhaka and other cities demonstrating the political and administrative resolve to take on extremists. Civil society too stood by Hindus; writers, poets, singers, cricketers, professors, university students, doctors, and human rights activists; swearing to shield the frightened minority community at any cost.

The BJP in West Bengal, where by-elections will be held on Saturday, 30 October, is predictably exploiting the communal flare-up in Bangladesh to harvest Hindu votes after the drubbing at the hands of Trinamool Congress in the Legislative Assembly elections.

But the Narendra Modi government quickly complimented Dhaka’s “prompt” handling of the situation. And on Friday, 22 October, Foreign Secretary Harshvardhan Shringla, described India-Bangladesh relations as “deeper than any strategic partnership and a model for nations that share borders”.

In today’s “one party-one leader” Bangladesh, Hasina did not do what she did out of administrative compunction or commitment to secularism. Though she is increasingly leaning on Beijing – the landmark 6.15 km long road-rail Padma Bridge nearing completion and the stunning Bangladesh China Friendship Exhibition Centre in Dhaka are prime examples – she is still paranoid about India, which virtually surrounds Bangladesh territorially.

The geographical encirclement is nothing less than a stranglehold and strategic vice-like grip on the small nation.

India wields more influence in Bangladesh than the Security Council’s five permanent members put together. The Research and Analysis Wing (RAW) is the most dreaded outfit in the neighbouring country surpassing even the brutally unforgiving RAB. Hasina lives in mortal fear of RAW. She knows that she will be toppled if she displeases India. So she has adopted the policy of pleasing India to retain power at any cost.

Firstly, protect Bangladeshi Hindus comprising 9-10 percent of the population. The Citizenship Amendment Act (CAA) – and the ruthlessness with which anti-CAA protests were suppressed – has made Dhaka realise how important Bangladeshi Hindus are for the Modi government.