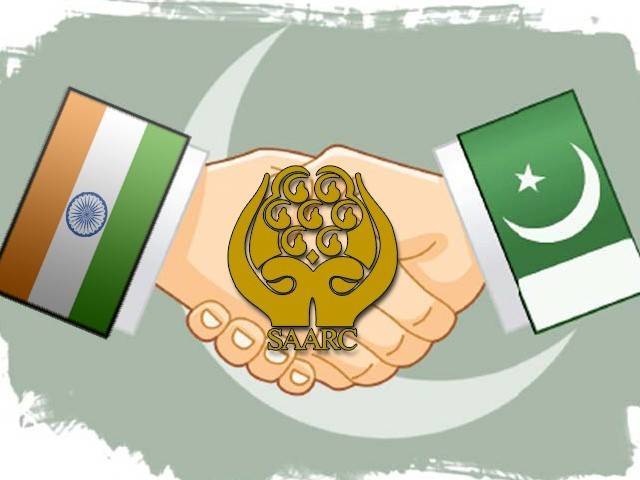 India was the Chair of the SAARC Summit in 2007 and this was arguably the most productive Summit that SAARC ever witnessed.  The launching of negotiations to bring services into the South Asia Free Trade Area (SAFTA), the unilateral granting of zero duty access by India to SAARC Least Developed Countries (LDCs),  the formal induction of   Afghanistan into SAARC as the eighth member,  the setting up of the South Asian  University, the establishment of the SAARC Food Bank and the SAARC Development Fund, the signing of the Convention on Mutual Assistance on Criminal Matters were some of the significant steps for regional integration taken at the Delhi Summit. The momentum generated was carried forward by the SAARC Summit held in Colombo in 2008.

The economic and social welfare of a country is greatly advanced if it interacts as part of a regional block rather than individually. The emergence of a number of regional blocks in Asia, Africa, and America is evidence of this reality. An integrated regional economy accelerates the economic growth of member countries through the advantages of geographical proximity and economies of scale. Furthermore, member countries enjoy better leverage in dealing with the global systems of finance, investment, and trade. A regional block also provides a stabilizing cushion from the destabilizing fluctuations in the global economy. Regional cooperation is pivotal for prosperity in South Asia. Economic synergy often leads to solutions of disputes including political differences. However, intra-regional trade among SAARC countries is at present less than 5 percent, whilst it is 62 percent in the European Union, 55 percent in the North American Free Trade Area, and 35 percent in the Association of Southeast Asian Nations. SAFTA is the first step toward a more intense synergy which should ultimately lead to a South Asian Union and a single currency.

Though the Governments of the SAARC nations have made efforts since independence to improve the condition of their people, these attempts are often thwarted by multifarious religious, ethnic, and linguistic problems. Discontentment and frustration among the masses, faced with such tribulations, emboldens subversive forces both within and outside to exploit national inadequacies.

The solution to our common predicament requires peace and an atmosphere of dialogue and cooperation rather than conflict and confrontation. Peace is essential for national as well as regional prosperity. For centuries the European continent was the stage of power rivalries and war. Now Europe appears to be a rather peaceful continent. The very first step towards peace was found in the doctrine of “defense and detente”. While defense is an element indispensable in uncertain circumstances, detente stands for dialogue, arms control, the exchange of views at all levels, and alternative thinking. Detente influences the understanding of a situation and broadens the scope of ideas on how to deal with a tense situation that causes war and affects the image of a country abroad. Europe has now progressed beyond “defense and detente” and has entered the path of effective regional integration.

Experience has shown that bilateral agreements between countries of South Asia are mutually beneficial.  The Indo-Sri Lanka Free Trade Agreement became operational in 2000 and produced good results within a short period of time. The Indo-Nepal Trade Treaty is also a good example of bilateral cooperation between two countries. India has now bilateral agreements with Nepal, Bhutan, Sri Lanka, and Bangladesh. There are problems sometimes and stumbling blocks on the way to economic cooperation but they can and should be removed in the larger interests of all the countries involved.

Governments of India, Pakistan, and other countries of SAARC ought to join hands across national borders and religious differences, agree on zero tolerance towards every form of extremism and terrorism and redress the grievances of the disaffected and marginalized. They must beware of the machinations of neo-imperialism and its strategy to divide and rule.

Governments apart, civil society, intelligentsia, the business community, and the non-governmental organizations must all emphatically promote awareness about the need and advantage of regional cooperation. There ought to be much greater interaction between civil society and the political class across the different countries of South Asia. Regrettably, such an interaction is minimal

South Asia continues to have the highest number of people in the world living below the poverty line, outstripping sub-Saharan Africa in this regard. The United Nations Educational, Scientific, and Cultural Organization (UNESCO) points out that among the 154 countries for which data are available, 28 did not attain any of the three objectives which the international community gathered at the World Education Forum had agreed should be achieved by all nations by 2015. The three goals are universal primary education, free schooling of acceptable quality, and the removal of gender disparities in education. All the countries of South Asia with the exception of Sri Lanka are among these 28 countries.

Regrettably, the subcontinent invests more in armaments than in social infrastructure. India and Pakistan spend more than three times as much on weaponry as they do on education or health. There ought to be a drastic reduction in the defense expenditure of both countries so that our scarce resources are utilized towards the welfare of our people rather than on the purchase of military hardware from abroad.