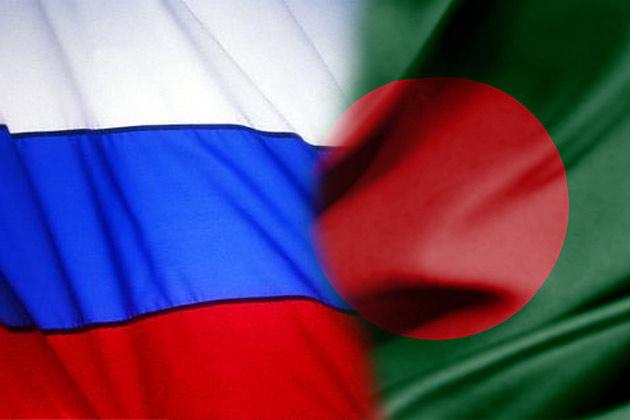 There is now a full-blown panic and fear in the Russian markets that has hardly been reported in the Bangladeshi press. Perhaps it is because Russia is not a major trading partner, or people feel unaffected. The cause of the paralysed Russian economy may not be for the same reasons that keep Bangladesh humming at a lower rate than its true potential, nonetheless it is worth exploring some of the underlying symptoms.

Last week, nothing substantively new took shape in Russia, Western sanctions and low oil prices were already in place; what has changed is a shift in psychology, and fear took over. It’s the fear of the unknown (and perhaps the known) that has brought instability to the Russian system, and as a result, ordinary Russians are going to pay a stiff price and feel lot of pain.

This level of panic also occurred in August 1998 when the fear of the Russian ruble devaluation led to the collapse of the Russian financial markets – stocks, bonds, and the currency market took a nosedive. The ruble lost three-quarters of its value in a span of three weeks. The central bank took emergency action by raising the interest rates by 100%, but eventually Russia defaulted on its debt.

Just like Humpty Dumpty, once the egg broke, there was nothing the authorities could do to put the pieces back together, it was too late.

Last week seems to be a rerun of many of the same series of events that took place 16 years ago. Overnight, the Central Bank raised interest rates from 10.5% to 17%, the week prior it was raised 1%, done in efforts to calm the markets. By raising the rates, the Central Bank hoped to incentivise people to keep their money in rubles.

In a normal scenario, Russia could have turned to the IMF for funding and debt restructuring, but these are not normal times. In exchange for granting Russia a lifeline, IMF would have required economic reforms, and the West would demand reversal of its Ukraine (Crimea) policies. Even with this ongoing crisis, Putin is enjoying a high approval rate, and he is unlikely to submit to any outside demands. With no face saving options for Putin, the Russian Central Bank will continue to defend the ruble through its large foreign exchange reserves (which it acquired through its oil and gas earnings).

The ruble has been gradually losing its value, in part, due to low oil price. Cheap oil is terrible for Russia’s economy and the government; half of the government’s budget comes from oil and gas. In the last six months, crude has dropped nearly 50%, to about $55 a barrel.

A few years ago, I wrote an Op-Ed (“Defeat jealousy with love: Nobel Laureate Yunus and the judgment of King Solomon”) after the government of Bangladesh sacked Professor Yunus. I questioned the logic, since it would only serve to deteriorate the “reputation and credibility of Bangladesh.”

I asked if Bangladesh is “clamouring for foreign direct investments; will investors line up with bags full of money with this type of turmoil and uncertainty?”Perhaps I was being a bit hyperbolic, but the underlying point is very pertinent – the capital markets demand the assurance of stability, and in return it grants a lower cost of capital through favourable interest rates. The lower rates allow citizens to borrow money for their businesses, and receive loans for cars or houses at a more economical rate.

Panic can be triggered from a single event or a series of events; when it may strike is unknown, what is know is when there is lack of confidence and the actions from the government are not well choreographed, chaos arises.

It is in this light, when I observe, what seems to be the daily strikes that shut down the entire country (and economy), and vicious mudslinging by political parties who argue about the most inconsequential, I ask myself three questions.

First, how will the financial markets account for the uncertainty (how will the markets “price this in”)?

The type of investment, the profile of the investor and level of commitment, is a signal of how world markets perceives a nation. Firms who are investing in neighbouring India don’t look at Bangladesh as a serious alternative. Although India has a host of challenges, compared to Bangladesh it is still assumed to be a better choice. Foreign technology or manufacturing firms will be hesitant to invest in a factory in Bangladesh that could be burned down in a riot or shut down from a strike.

Company executives don’t want to have to defend why they made capital investments in Bangladesh, when similar, and safer (perceived or not) alternatives existed. Thus, Bangladesh becomes the destination when all options have been exhausted. Even Pakistan is considered a safer bet, little Sri Lanka is years ahead, India with its history of recurring sectarian violence is considered less volatile, and military dominated Myanmar (Burma) will add more competitive challenges for Bangladesh in the near future.

Second, what will be the consequence (punishment) to the ordinary citizens who hardly have a say on high-level decisions, but are most impacted by them? In 1998, after Russia defaulted on its debt, there were riots on the street when inflation caused food prices to rise. Food prices are already high in Bangladesh, and day-to-day vary considerably. How will people plan for the future, when they don’t even know  what will be the cost of rice, vegetables, and meat the next day? The mental fatigue of having to deal with oscillating prices is something the more fortunate can’t grasp.

Third, do the people in charge, not get it?

The rapidly changing market conditions of one of the world’s largest economies should be frightening to everyone in Bangladesh; because if it can happen in Russia, it can happen in Bangladesh. Just like with Humpty Dumpty, it’s better to fix the problem before a fall, before it’s too late, then after a crash when no one can put the pieces back together.

[This article was originally published in Dhaka Tribune. It has been republished with permission of the author.]