Resilience of Identities in the Era of Globalization 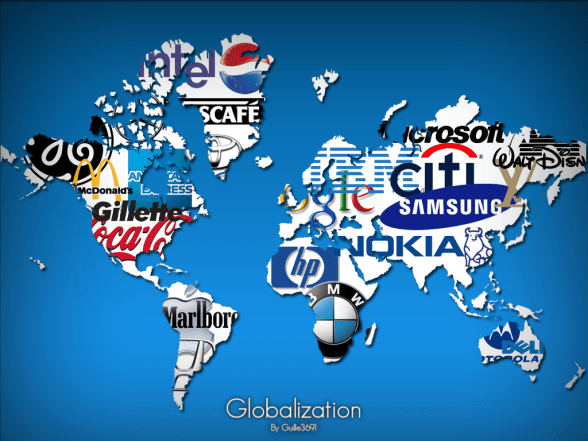 The reasoning that globalization unleashes unifying and integrating forces has been disputed by several of its disintegrating features which, in turn, solidifies the national identities. The Euro-sceptics in Britain believed that their country was losing more than gaining from its membership in the European Union. They maintain that Britain gets far less in return compared to its contribution to the budget of the EU whereas it loses control over its borders being unable to defend against ever-increasing migration of people and at the same time, is restricted by the business rules of the Union. It is a fact that the forces of globalization have not been able to dismantle national, sub-national and ethnic identities.

While the argument that increased modernisation and interactions among people across nations unleashed by the forces of globalisation would dampen the inclination among people to cling to their national, sub-national and ethnic identities seems to be flawed, the reasons why people still believe that membership in particular identity groups serve their purpose have to be analysed. Modernity has not replaced tradition as the latter enjoys mass appeal not only because it provides a sense of rootedness amidst economic, political and social changes, it has also scientific and rational elements (the core elements of modernity) within it. Globalisation implies an expansion of market economy under the supervision of the global financial institutions such as International Monetary Fund (IMF), World Bank and World Trade Organisation (WTO) and at the same time, underlines the growth of political institutions beyond nation-states as manifested in the evolution of European Union and universalization of norms as witnessed in the process of universalization of human rights norms. However, neither the political institutions nor the human rights norms have transgressed the nation-state system in reality.

Globalisation seems to be an unfinished project given the complications involved in the process. While the more developed countries want free flow of capital, they wish to see more restrictions in the movement of labour. On the other hand, developing and underdeveloped countries wish to see their people getting employment in different parts of the globe given their small and underdeveloped economy but they do not favour free-flow of capital lest their indigenous small-scale and handicraft industries should get washed out.

Additionally, most of the developing economies perceive globalisation as it has manifested itself, as of now, as westernisation and fear their culture being swamped by the western culture and value system. The negative fallouts of globalisation like increasing inequalities both in terms of unequal distribution of wealth and knowledge, displacement and migration and rise of consumerism remain unresolved and have pushed individuals further to cling to their identities at various levels.

In this context, the Bhutanese attempt at redefining its development in terms of Gross National Happiness (GNH) can be justified in its defence against the anti-democratic and consumerist tendencies of globalisation. In the US, there is a growing feeling among certain sections that Indians are ‘job stealers’ even though globalisation has opened up enormous opportunities for Indians in different sectors of the American economy. There are cases of racial onslaughts on Indian students in Australia. In India, like many other countries, forces of modernisation and globalisation have not prevented fringe groups from making attempts at redefining the nation by invoking history. Similarly, other South Asian countries have not hesitated to assert their own identity in order to distinguish themselves from India’s more prominent legacy.

The contemporary liberal theories defend a thin version of nationalism on the ground that democracy, redistributive justice and welfare of people depend on a conception of national identity based on shared moral beliefs and commitments and these ideals cannot be achieved at the global level. The liberal theorists argue that a shared identity is prerequisite for ensuring social solidarity that motivates citizens to make the sacrifices necessary not only for political participation but also for social redistribution. The sense of obligation that underwrites redistributive taxation derives from a strong sense of attachment to and identification with one’s fellow citizens and political community.

However, they fail to suggest how the concept of shared identity has to be realized on the ground. They also fail to effectively reconcile citizen’s freedom with the universal notions of human rights leading to de-politicization and naturalisation of the nation-state system without diminishing the prospect of ethnic identities, religion, language and other cultural aspects (which were supposed to be relegated to the background with advent of modernity) being invoked for ensuring human freedom. There is every possibility that the prescription for a thin version of shared identity would take a thicker form on the ground.

The political integration of South Asia is marred by bilateral disputes between the regional powers which remain as a reminder of the recurring role of nationalism in the era of globalisation. But the irony is that the regions where integration has been achieved to a large extent in political and economic terms such as Europe also defend nationalism setting a precedent for other regions to follow. The wave of integration that started in Europe in the 1980s was primarily a reaction to the increasing pressures of global markets with the purpose of formulating common economic policies. Though European Union (EU) is known for free movement of people, free trade, and political participation across the member states, the EU had never intended to bypass the nation-state system and instead offered a vision where nation-states could coexist with other institutions at multiple levels. For instance, while the EU was trying to bring Hungary back into the European club of prosperous democratic states, at the same time, it was attempting to satisfy the Hungarian desire to have closer ties with the Hungarians living in the neighouring states. In the case of Macedonia, the EU played an important role in stabilising the nation-state by bringing the majority and minority communities to the negotiating table.

World society contains many normative elements which authoritatively define the nation-state as the preferred form of sovereign and responsible actor. The external recognition and construction of sovereign statehood has been a crucial dimension of the western system for centuries, with new claimants especially depending on obtaining formal recognition from dominant powers. With the anti-colonial and self-determination movements of twentieth century, all sorts of collectivities have learned to organize their claims around a nation-state identity. They have not been able to find any alternative to the ‘state system’ pioneered by the West against whom they had waged the struggle for self-determination in the past. These states also function within the larger discourses of liberalism, multiculturalism and welfare state nationalism as developed in the West. The learning of the smaller states is complete with the availability of a ready-made formula of state-building and nation-building process.

The right to self-determination has not found a reference in the Universal Declaration of Human Rights. However, two major human rights Covenants, International Covenant on Civil and Political Rights and the International Covenant on Economic, Social and Cultural Rights mention it in their first article. The UN General Assembly’s 1960 Declaration on the Granting of Independence to Colonial Countries and Peoples stipulates at paragraph 6 that any attempt at the partial or total disruption of the national unity and the territorial integrity of a country is incompatible with the purposes and principles of the Charter of the United Nations. The 1970 Declaration on Principles of International Law Concerning Friendly Relations and Co-operation Among States in Accordance with the Charter of the United Nations – adopted by the General Assembly goes on to affirm the fundamental limitation to the right to self-determination set out and expressed in the 1960 Declaration.

All these unresolved issues associated with the process of globalisation have led the modern state to seize the universal language of Enlightenment in its favour. The modern state has become the upholder of people’s rights, liberty and equality. However, the possibility of politicisation of religious and ethnic identities has not diminished as they can be tied to modern aspirations of human freedom. Elites who have influence over the modern state apparatuses can manipulate these primordial sentiments and make selective use of symbols and ethnic markers to promote their own socio-economic interests. The emotive and indigenous elements of identity propel the elites to use it as the basis of their rise to power and on the other hand, the influence that elites exercise over the decision-making process enables them to distribute welfare goods and influence identity groups in a desired way. As it has been observed, uneven tendencies of globalisation can lead to greater politicisation of identities thereby making it banal.