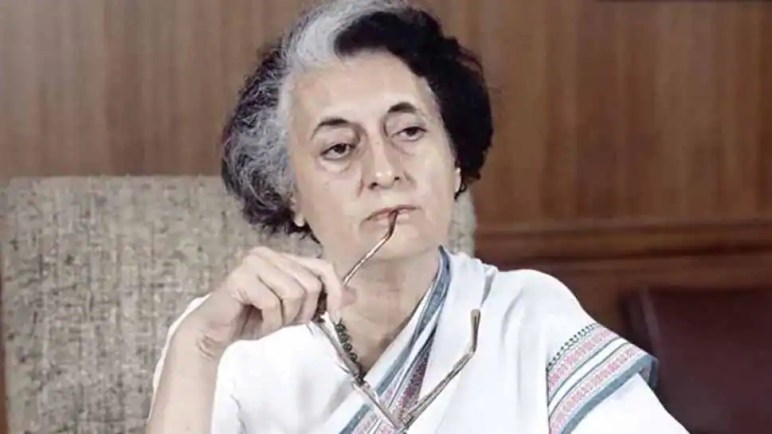 On November 19, we commemorate the birth anniversary of Smt. Indira Gandhi. She is so far the only woman Prime Minister of India. She is considered the most popular leader of the masses of independent India, especially among the weaker sections. The Congress Party during her tenure coined the slogan “garibi hatao” and Smt. Gandhi led the amendment of the Preamble of the Constitution to include the words, Socialist, Secular and the Democratic Republic of India. In furtherance of these concepts, her Government implemented the 20 Point Programme. Its basic objective was to eradicate poverty and to improve the quality of life of the poor and the weaker sections of society. The 20 Point Programme included removal of rural poverty, health, education and housing for all as well as justice for SCs and STs and equality for women. Smt. Indira Gandhi nationalised private sector banks, turned them into a most gigantic public sector banking system in the world and poor people got loans for self-employment. I happened to be involved in the implementation of the 20 Point Programme when I was Union Minister of State for Finance. The banks were instructed to provide loans to the poor and weaker sections who wanted to set up some small business. People across the country got small loans for setting up their own ventures. The rate of repayment of these loans was as good, if not better than the repayment of large loans.

For the benefit of people across the country, the number of Bank branches was increased substantially. In Goa, we had branches of the State Bank and of a couple of other Banks in the main towns but not in the villages. During my tenure, in the process of implementation of the 20 Point Programme, branches of different banks were set up in practically every village of our State. Similar steps were taken in all States across the country.

In Goa itself, Emergency proved to be beneficial. “Trains are running in time” was then a national slogan and in Goa, the Administration became more efficient, black marketing and hoarding stopped and food and other articles of general consumption were easily available which was not the case earlier. The support of the Goan people to the Government of India during Emergency benefitted the Congress Party which went on to win the Lok Sabha seat of South Goa. This was the first-ever election victory of the Congress Party in Goa. Until then, the Congress had not won a single seat either in Parliament, in Assembly or even at Municipality level.

In the general elections held in 1977 Smt. Gandhi lost her Lok Sabha seat from Rae Barelli but immediately thereafter in 1978, she won a by-election from the  Chikmanglur constituency. In November 1978, The Janata Party brought in a motion to expel Indira Gandhi from Parliament. My Party, the Congress (U), supported this motion of the ruling Party. However, I personally could not support it. I felt that I had won the Lok Sabha election in the name of Smt. Gandhi. I met Shri Yeshwantrao Chavan, who was the leader of the Congress (U) in Parliament. Shri Chavan permitted me to oppose the motion. During the debate, whilst my Party supported the motion I strongly opposed it. Smt. Gandhi was in the Lok Sabha during the debate and apparently, she never forgot about my support to her on that day. In 1980, I was the only candidate in the whole country belonging to Congress (U) who was also supported by Congress (I).

After Liberation, there were two opposite points of view for the status for Goa, Daman and Diu. In the first four Assembly elections, the Maharashtrawadi Gomantak Party obtained a significant victory and formed the Government. The MGP wanted a merger of Goa into Maharashtra on the ground that Goa identified culturally and in many other ways with Maharashtra. The United Goans Party as well as the Congress held that Goa should not merge into Maharashtra. The MGP wanted that this matter should be decided by voting on the floor of the Assembly. This was strongly opposed by the UGP and the Congress. Thereafter during the premiership of Smt. Indira Gandhi an Opinion Poll was held for Goa. This was the first Opinion Poll and so far the only ever held in the country. The Opinion Poll went against the demand for the merger. Thereafter the Congress and United Goans Party demanded Statehood for Goa.

My first speech in the Lok Sabha echoed the demand for Statehood. Shri Moraji Desai, then Prime Minister was not in favour of small States. In 1980, Smt. Indira Gandhi returned as Prime Minister and I moved a Bill for Statehood to Goa. Shri Rajiv Gandhi, then General Secretary of Congress Party met me and promised that Statehood would be granted to Goa. Statehood was granted to Goa in the next term of Lok Sabha during the premiership of Rajiv Gandhi himself. Statehood was obtained due to the efforts of then Chief Minister Shri Pratapsingh Rane, my colleague in the Lok Sabha Shri Shantaram Naik and other leaders of Congress and MGP. Indeed, Shri Pankar of the MGP brought a Resolution in the Goa Legislative Assembly demanding Statehood for Goa. Whilst replying to the debate Smt. Sashikala Kakodkar, then Chief Minister said “In the early years after Liberation the MGP stood for a merger with Maharashtra and fought for it through the Opinion Poll in a democratic way. The verdict of the poll went against the merger. The MG Party accepted the people’s verdict because it believes in the wisdom of the electorate”.