PRIVACY AND FUNDAMENTAL RIGHTS IN INDIA – ISSUE BLOWN OUT OF PROPORTION 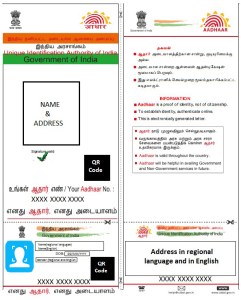 A panel of nine judges of the Supreme Court of India has now given a unanimous decision that right to privacy is a fundamental right and is primarily a natural right to every individual. The judges have said that it is indeed inseparable and in alienable from a human being. The judges have further stated that the fundamental rights are the only constitutional fire wall to prevent state’s interference with those core freedom constituting liberty of human being.

The judges have also opined that privacy includes at its core the preservation of personal intimacies, the sanctity of family life, marriage procreation, the home and sexual orientation. Finally, the judges have conclusively pointed out that privacy also connotes a right to be left alone.

The above judgment of the Supreme Court have been widely welcomed in India and has been hailed as the historic verdict of far reaching significance.

While the above judgment has occupied considerable media space, cartoons are also appearing that a son refuses to show his mark sheet to his parent claiming it to be a matter of fundamental right and subject to his privacy. The advocates of lesbian practices say that their sexuality is now a basic right for them. Next, prostitution will also be hailed to be a fundamental right. There are also demand that the government should not ask for any personal details from citizens such as finger prints, photographs, etc. which have been made mandatory by the government for issuing Aadhaar card (identity card). The ridiculous arguments in defense of privacy go on endlessly.

In India, demand for privacy and fundamental rights of individual citizens are being taken to such an extreme level that is not prevailing in any other country in the world, including the USA and Western Europe, which boast themselves as the ultimate model of democracy.

Many well-meaning critics of Indian democracy often term it as a chaotic democracy, with demonstrations and protests on one issue or other having become the order of the day all over India. In a country of 1300 million people, often it is seen that a group of one thousand protesting people can bring any project or scheme to a standstill by demonstrating on public roads or obstructing traffic in busy thoroughfares. The government often adopts a tolerant attitude towards such protestors, viewing it as their fundamental and birth right to protest. Several well-meaning projects now remain stranded in India due to such protests by minuscule of a population.

There are critics who argue that India is paying too big a price for its nearly unrestricted freedom given to the people. It is also pointed out that Indian economic and industrial progress have considerably slowed down due to such excessive freedom. In spite of the fact that Indian population has now reached an alarming level and is continuing to increase at unacceptable pace causing huge issues for the country, the government does not have the courage to force the population to adopt limited family norms. China, a country not known for freedom for people, adopted one child policy and brought the population surge under control that has benefited China. In the atmosphere of liberty in India, this cannot be done.

The unanimous judgment given by the Supreme Court of India in favor of privacy may lead to a situation that the power and authority of government may be severely restricted in implementing policies and programs that are urgently needed for the progress of India.

It remains to be seen that after pronouncing such unanimous views, whether the Supreme Court judges will clarify that even while granting the fundamental rights of privacy, the freedom for individuals cannot be absolute and has to be curtailed when matter of national need or security are required. While the judges have made some vague observations on these lines, they are yet to put down their views very clearly, so that “the freedom lovers” will not go astray.

The judges have to explicitly say that liberty is not a personal affair but a social contract. It is an adjustment of individual interests. While one has the freedom to play piano with high volume in the middle of the night, he cannot do this while disturbing the sleep of his neighbor. Will the “freedom lovers” in India realize this?

After experimenting with 70 years of democracy after Independence, probably there is a strong case for controlled democracy in India, as different from a free run democracy that the country has hitherto seen.

All said and done, the privacy and fundamental right issue in India is blown out of proportions that threaten to mar the progress of India.