Politics and legitimacy of news in Bangladesh 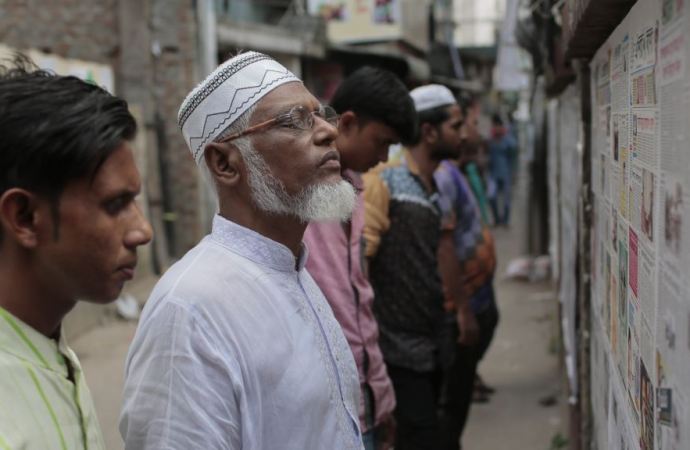 Therefore, historically, whenever a government comes into power without the mandate of the people who it is supposed to govern, the activities of the media, including newspapers, comes under greater scrutiny from the establishment.

During the depressing time of Latin American dictatorship in the late 80s and 90s, many journalists came under staunch pressure from the establishment, as they discouraged them from writing news or articles criticising dictatorial regimes in Argentina, Chile and so forth. Similarly, in many Middle-Eastern authoritarian regimes, the media is neither free nor fair due to multiple pressures from authoritarian establishment.

The legacy of Bangladeshi media, however, has always been one of pride. During the oppressive regime of the Pakistani military in then East Pakistan, Bangali media of the region played a courageous role in defying the authoritarian narrative. Instead, despite the threat of military crackdowns on pro-Bangali newspapers, they promoted the dream of a free country – today’s Bangladesh.

While maintaining that terrain of upholding the freedom and spirit of democracy in the post-1971 era, Bangladeshi newspapers came under attack from non-democratic government establishments. The 2006-2008 caretaker government regime in Bangladesh could be termed a sophisticated form of authoritarian government formed by military and technocrats, as those in power had manipulated the media.

The editor of The Daily Star, the top English newspaper of the country, Mr. Mahfuz Anam, admitted in a talk show recently to running a series of news item sourced from the  DGFI without independently verifying the substance, and since then he has been under fire from certain politicians and some media houses. Mahfuz Anam’s courage in publicly admitting his mistakes should be applauded without any sort of reservation.

In my view, the intense nature of debate and discussion about “source of news”, derived after Mr. Anam’s statement, is important for the future of democracy in the country for two reasons.

First, Mr. Anam has publicly opened up a less explored practice of media ethics in Bangladesh. In a 2013 research article titled “They are Not Different From Others:  Ethical Practices and Corruption in  Bangladeshi Journalism”, published in the London based Journal of Mass Media Ethics: Exploring Questions of Media Morality, researcher Manzur Elahi found that ethical standards in Bangladeshi journalism is poor, and, according to Elahi, “many journalists indulge in corrupt practice.” Elahi reached his conclusion after conducting a survey among 333 Dhaka-based journalists. Elahi, however, acknowledged that ignorance of ethical issues in journalism is a key characteristic behind the poor standard of ethical journalism in the country.

The Daily Star’s editor Mahfuz Anam is well-known and respected for being a trendsetter in ethical journalism in Bangladesh. His public comment about publishing news which he could not independently verify under the extraordinary political circumstance of 2006 to 2008 emphasises that we should talk more about setting a standard for maintaining ethical journalism in Bangladesh for the sake of protecting public interest.

Secondly, some politicians’ unsubstantiated rage against Mahfuz Anam is a warning that the current state of politics in Bangladesh is moving towards intolerance. Such intolerance presents little hope for democracy in the country. Thus, some outside critics could take advantage of this situation and argue that Bangladesh is yet not ready for democracy due to poverty and underdevelopment.

Some supporters of the current regime further argue that an iron-fist government is also needed to check the rising threat of militancy. Due to BNP’s alliance with Islamist radicals, some foolishly argue that bringing back electoral democracy could open up a Pandora’s Box, thus giving leeway to the existence and flourishing of radicalisation in Bangladesh. Therefore, these critics of democracy have put forward ideas of “limited democracy” or “managed democracy” in the country.

By contrast, supporters of democracy have argued that the current approach of ‘development without democracy’ is like building a “house of cards” which would open up the doors to radicalisation, as persistent suppression of the opposition may push opponents of the government towards more extreme measures.

International governments and various rights organisations mounted their voice of criticism about the nature of this government, which has its own logic and support base to persist ruling. Within this spectrum, the demand of putting another editor (in addition to Mahmudur Rahman, the editor of Daily Amar Desh) in jail by certain MPs would not serve the government well. The members of the ruling party should learn some pragmatism from its leader Sheikh Hasina and tone down their restlessness, as their demands seem to be a call to curb the freedom of Bangladeshi media in general and the country’s top English newspaper in particular.

[This article is published with the consent of the author. It first appeared in The Daily Star.]