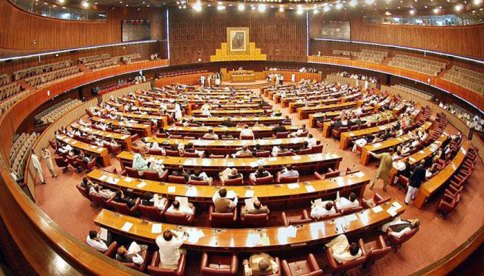 In present-day Pakistan, there are four provinces, two territories, and two disputed regions which have similar governments with some differences. The Head of each province is a non-executive Governor appointed by the President, on the advice of the Prime Minister. The Governors play a similar role, at the provincial level, as the President does at the federal level. Each province has a directly elected unicameral legislature called the provincial assembly, with members elected for five years. Each provincial assembly elects a Chief Minister, who then selects a cabinet of ministers from among the members of the Provincial Assembly (Gandhi, 2013). However, the working of federalism in Pakistan’s perspective is considered differently. It is designated as illiberal federalism which is defined as occurring where federalism coexists with and even supports, the authoritarian structure. In the context, the federation can also be both democratic and non-democratic. In recent the only one non-democratic federation named was the United Arab Emirates, but until the end of the cold war, the USSR and Yugoslavia were both non-democratic federations.

Especially in Pakistan’s perspective, closely related to it is the relationship between federalism and democracy and different forms of federalism. Democracy can be minimally understood as requiring elections, or maximally, requiring human social and economic equality. But at the heart of democracy is the value of equality every vote counts for the same amount. Democracies can be either majoritarian or consociation but in its most basic form does not guarantee minority rights, and even liberal democracy with its respect for individual rights may not provide opportunities for minority groups to influence political action (Parekh, 1992). Likewise, the federation can also be both majoritarian and consociational. There is nothing inherent in within federalism that protects minority rights. Territorial federalism may deliberately not recognize identities and seek to protect individual rather than group rights, but integrationist national building tends to benefit dominant communities, as does majoritarian democracy (Megorry, 1993). This was the case in Pakistan. Even when multinational federalism exists, where the boundaries of the federal units are drawn to encompass particular groups, and cultural rights are given to these territorially defined cultural communities, such a community may lack access to real power at the center. In such situations, federal structures may be seen as a form of segregation. Even when the situation is not so extreme, a territorially bounded community may feel excluded from power, as were the Bengalis in Pakistan.

It was in this problematic situation Pakistan created its model of federalism called indigenous that led the political analysts to call it illiberal federalism. In the process of constitution making for the country, the Pakistani elites of western wing refused to permit one person one vote because the majority of the population resided in the eastern wing and the Western elite had no intention of subordinating themselves to Bengalis who were viewed as radically and religiously inferior. The federal form that was ultimately adopted, through the One Unit Plan, created parity between the two wings. Even if parity between the two wings could have coexisted with democracy, but unfortunately national elections were never held. The prime reason was that the elite of Pakistan who dominated the non-democratic institutions of state did not trust political institutions and parties of West Pakistan; the Awami League of East Bengal was better organized. These organizations were perceived by the bureaucracy and the army to be a threat to the stability of Pakistan. This situation led to the eventual acquisition of power and declaration of martial law by President Iskander Mirza and Commander in Chief Ayub Khan, in 1958. This takeover facilitated the centralization of state.

Soon after that Ayub Khan dismissed Iskander Mirza and introduced a new centralized constitution based around basic democracies locally elected councils it was a system of indirect election, through several levels culminating in the national and provincial assemblies. This way Pakistan remained federation but definitely in illiberal one. Further, in 1962 party-less indirect elections were held for the National and Provincial Assembling but the basic democracies consolidated the power of feudal landowners, hardly the most democratic force in Pakistan (Andeney, 2007). Ayub Khan was removed from office in 1969 by Yahya Khan who called elections by one person one vote. In the 1970 elections the regionalist Party, the Awami League of East Pakistan got a thumping majority (160 out of 162) giving the party an overall majority in the National Assembly of Pakistan. It gave birth of socio-political consent in Pakistan leading to the formation of the separate country, Bangladesh in December 1971.
The Present constitution of Pakistan was drafted by the government of Zulfiqar Ali Bhutto which assumed power in Pakistan after the creation of Bangladesh; its former wing called East Pakistan or East Bengal. It was formed with the additional assistance of country’s opposition Parties which Parliament approved on 10 April and ratified four days later on 14 April 1973. Just after the independence of the country the first document that served as a constitution for Pakistan was the Government of India Act, 1935 as provided under section 8 of the Indian Independence Act, 1947. The first major step in the framing of a Constitution for Pakistan was taken by the Constituent Assembly on 12 March 1949, when it passed a resolution on the ‘Aims and objectives of the Constitution, popularly known as the ‘Objective & Resolution After nine years of efforts, Pakistan was successful in framing a constitution which the Constituent Assembly adopted on 29 February 1956 and was enforced on 23 March 1956, proclaiming Pakistan to be on Islamic state. But unfortunately, this constitution was short-lived. On 7 October 1958, President Iskander Mirza Staged a coup distal abrogated the constitutions, imposed martial law and appointed General Ayub Khan as the Chief Martial Law Administrator. In a further development in the same month (27 October) Ayub Khan deposed Iskander Mirza and assumed the presidency that practically formalized the militarization of the political system in Pakistan.

The second constitution of Pakistan came into effect from June 1962until martial Law was declared in March 1969 when Yahya Khan was succeeded the throne in Pakistan and eventually replaced by the current Constitution of 1973. Preparation of 1962 constitution initiated on 17 February 1960 when Ayub Khan appointed a commission headed by the former Chief Justice of Pakistan, Muhammad Shahabuddin and ten other members, five each from East Pakistan and West Pakistan, composed of retired judges, lawyers, industrialists, and landlords. The commission presented its report to the President on 6 May 1961 and had thoroughly examined by President and the Cabinet; it was promulgated by President Ayub on 1 March 1962 and finally came into effect on 8 June 1962. This Constitution contained 250 articles divided into twelve parts and three schedules. The constitution provided the federal system with the principle of parity between East Pakistan and West Pakistan. The responsibilities and authority of the center and the provinces were listed in the constitution. The constitution of 1962 was abrogated on 26 March 1969 when the second martial law was imposed, and Ayub Khan handed over the power to the Army Commander in Chief General Agha Mohammad Yahya Khan. The General Yahya Khan soon acceded to the popular demand by abolishing the one unit system in West Pakistan and ordered general elections on the principle of one man one vote, and it was held nationwide in December 1970.

The first and the current constitution of Pakistan reads respectively, ‘Pakistan shall be the Federal Republic to be known as the Islamic Republic of Pakistan, but the Ayubian Constitution of 1962 omitted reference both to a federation of Pakistan and to the nation’s status as an Islamic state. In this short phrase, contained in each of the two constitutions of Pakistan enacted by representative bodies, is summed two of the principal controversies o constitution making in that county, federalism Vs. Unitary system and an Islamic Vs. Secular state. Both the 1956 and the 1973 constitutions agree on the Parliamentary form of government rather than the Presidential which was enacted by Ayub Khan in 1962 (Baxter, 1974). However, on the two essential elements, there was substantial disagreement. The most difficult battle was over the extent of the powers of the provinces and the federation. Earlier, the abrogation of 1956 constitution by a military-cum-presidential coup in 1958 and the eventual enactment by Ayub Khan of a robust presidential constitution in 1962 ended for the time being the federal nature of the political system of Pakistan.

In the political history of Pakistan, the East Pakistan debacle of 1971 was an inevitable result of the mal management of the issues of federating units by the center. Consequently, 1973 constitution was the result of many compromises as the wounds of East Pakistan were yet bleeding. This constitution introduced bicameral legislature which was a new thing as before this unicameral legislature was introduced with the federation. The position of Prime Minister was parliamentary and robust system was adopted. The President was a titular head who was the representative of the State. This constitutive issued two legislative lists; federal list and the concurrent list. Apparently, there was adequate autonomy awarded to the units. Although it introduced the democratic system, the procedure of passing a budget was abjectly like that of the Government of India Act 1935. It was divided into two parts charged and non-charged categories. The charged items include the Defense, President, Governors, and debt receiving expenditure. The center reserves 90% of revenue with it. There were arrangements available in the constitution for the equal sharing of resources but the related bodies, like the council of common interests could not activate for a longer period (Hanif and Khan 2012) pp. 23-26.

As earlier the federal history of Pakistan witnessed several ups and downs in coming days with 8th Amendment (1979), 13th Amendment (1997) Revival of 8th Amendment LFD (2002) the original constitution of 1973 was restored (Waseem, 2010). Among other changes, the main being federalism was as follows:

It restored the federal and parliamentary nature of the constitution.
Provincial autonomy as increased by effective steps towards devolution of power.
The scope of Conceit of Common Interests increased.
Article 62 and 63 have removed and introduced some codes of conduct regarding the qualification and disqualification for elections of national and provincial assemblies.
Article 140-A was retained. This article is about the devolution of power to the local bodies.
Now Provincial Assemblies were authorized to legislate on concurrent list.
This apart the 18th Amendment had also straightened the political system as well. Now the sword of Damocles is removed from the assembly and it has sufficient guarantee to work to its full potential for the entire tenure. The working days of the Senate have been increased from 70 to 100, and the same is for the Provincial Assemblies. Election Commission has been given the responsibility of holding level bodies elections. This also increases the authenticity of elections (Sattar, 2012). At the sometime, the offered favors and powers for provinces pose challenges for them to show the capability of shouldering the responsibility of the enhanced powers ( Adeney, 2007). It founds leadership with the task of keeping the integrity of the state along with the autonomy of federating units.