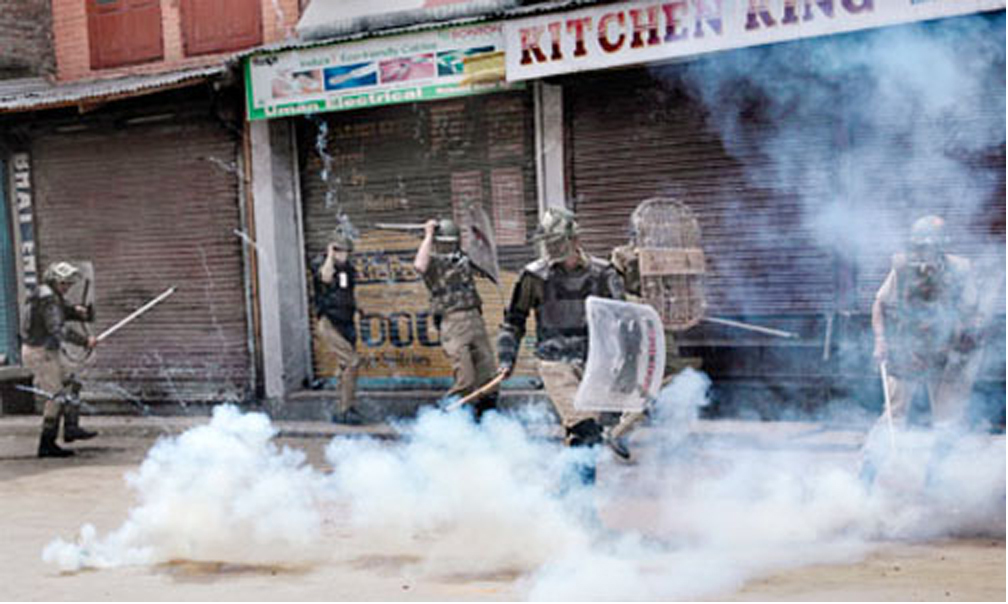 India is a nation engrossed in confronting terrorism and suppressing intermittent local rebellions. It is also witnessing a surge in human rights violations, which the government seems to be happily lackadaisical in preventing.

The Asian Center for Human Rights has documented a jump in cases of custodial deaths by 41.66% over the last decade, including 70.72% in prison and 12.60% in police custody. It is indeed a paradox that the largest democracy is defiled by frequent cases of illegal detention, torture, extrajudicial execution and forced disappearances. Moreover, nothing could be more disgraceful than the incarceration of thousands of people for political reasons in this multiparty democracy. Unfortunately, the state seems to be competing with the outlaws in trampling the basic rights of its citizens guaranteed by the Indian constitution.

The common people, particularly minorities and the underprivileged, are enduring all forms of inhuman and degrading treatment at the hands of security personnel. Mumbai-based grocer Faiz Usmani's sudden demise during his grilling by investigating officers probing the 13 July serial bombing points to a greater malaise. Though Usmani's brother is a suspected terrorist, ad hoc mass detention without specific charges following every major crime has become an unofficial practice.

Prakash Singh, a former director general of police and distinguished internal security expert struggling to usher in police reforms, candidly admitted to me that the “state has turned rapacious”, while simultaneously advocating appropriate legislative immunity in its tackling of the scourge of extremism. Despite his admiration for the restraint displayed by Indian forces, the subaltern class – especially in underdeveloped areas – continues to face the combined wrath of militants, security agencies and state-sponsored militias. While rebels against the Indian constitution randomly exploit the poor, having no hesitation in extracting levy for a pejorative cause, the foot soldiers of the Indian state willfully use this hapless population as human shields during counterinsurgency operations.

Ironically, administration-backed militias working as an extended arm of the police show no qualms in resorting to criminal acts in insurgency-infested provinces. More inclined to treating homebred militancy as a mere law and order subject, the Indian government is adopting a carrot and stick strategy. Notwithstanding the rapid strides in enacting social legislation guaranteeing rural employment, the right to education, ownership of forest land for tribal people and strengthening social security of the unorganized workforce – there seems to be a reluctance to fetter the security agencies which use extralegal measures to enforce the law.

Intriguingly, the cabinet has drawn a veil over the prevention of torture bill, 2010 and is dithering over ratifying the UN convention on torture while ignoring calls from Amnesty International to ensure fair trials meeting international standards. Bodies such as the United Nations and the European Union have consistently voiced concern at India's disregard for humanitarian laws. As far back as 1997, the UN human rights committee expressed its anxiety about the widespread use of torture by law enforcement agencies: “The EU has regularly taken up in the framework of its dialogue with India, the implementation of public order-related legislation and allegations of human rights violations,” says Jean-Christian Rémond of the European External Action Service.

Alarmingly, India's official human rights body – the National Human Rights Commission – has failed miserably to lead a national discourse on human rights and dignity, thus taking flak from the UN Human Rights Council. With limited resources and an enormous charter, the agency has been rendered ineffective. In a democratic framework, any extralegal activity by police undermines not only the established procedural set-up, but also the fundamentals of governance.

Sadly, such practice has infected India's paramilitary and military units too. India's supreme court has termed such authoritarian acts cowardly and unconscionable. The government must introduce appropriate reforms instead of maintaining a deafening silence. After all, the imposition of restrictive and predatory laws to contain public outcry stands as a glaring testimony to India's abject failure to offer a proper outlet for popular grievances. ■

Seema Sengupta is a national award winning independent journalist of India.
Reprinted by permission from Guardian News and Media Limited 2011