After Peshawar, Pakistan Needs Moral Restoration, Not the Death Penalty 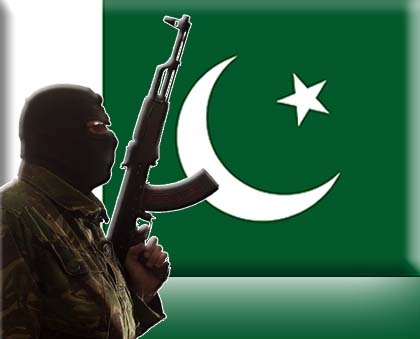 In December 2014, the massacre in Peshawar shook the conscience of many. Since the tragedy, the world has celebrated several holidays, including the end of a tumultuous 2014. In Pakistan, December is not only about the passing year but also about the birthday celebration of the country’s founder Mohammad Ali Jinnah.

There is a subtle irony in the fact that Christmas day (25 December) is also the day Pakistanis celebrate the birthday of the country’s founding father, Mohammad Ali Jinnah, referred to as Qaid-e-Azam, literally, the “great leader.” Jinnah advocated for a secular country in which all groups of people, including religions, would be assimilated within Pakistan. But, as the country comes to terms with the tragic events of Peshawar, the current reality is far from his vision.

While Pakistan marked its leader’s birthday, the country’s Christian minority celebrated Christmas quietly, secluded. Its Ahmadi Muslim minority continued to suffer open persecution, murder, seizure of property and imprisonment. Its Hindu minority continued to struggle with hunger and impoverishment as a result of drought and an inadequate response from the government in the Tharparker region.

In this context, the massacre of children, though shocking, should not come as a surprise to anyone familiar with Pakistan’s history and contemporary existence. Simply put: Pakistanis have become desensitized to a point where human life has lost meaning.

The mentioned state of discourse was made very public when on 16 December 2014 members of the Pakistani Taliban, the Tehreek-e-Taliban Pakistan (TTP), massacred 132 children and inflicted a final death toll of a 148 at the Army Public School in Peshawar. The incident is symptomatic of a larger problem the country faces in dealing with extremist groups, which Pakistan has cultivated to forward its strategic interests in the region.

The difficulty Pakistan faces – contrary to what many analysts and commentators have argued – is not geopolitical or even religious in nature. It is a human problem. In this regard, Pakistan has no one to blame but itself, especially its leaders, both political and religious. Subsequent public leaders have created an atmosphere in which open persecution of minority groups occurs on a daily basis – a reality that has gradually eroded a sense of normalcy. The question Pakistanis need to address is whether there is a way to return from the far edges of desensitization? The Peshawar incident is indicative of the fact that harmful actors will utilize any means necessary.

Has Pakistan reached a point of no return? In the short-term, the answer is a quick YES: it might be too late. The country’s response to a tragic event which targeted children is to meet terror with terror, injustice with greater injustice. This is evidenced in the swift reaction of Pakistani political leaders, specifically Nawaz Sharif, towards a moratorium on the death penalty. In the days after the attack, Pakistan finalized the execution of 500 convicts and has continued to fast track numerous more cases with great fervour and fanfare.

The Pakistani government also established military courts to expedite those convicted under terrorism charges in order to send a message to the perpetrators: there is no longer a distinction between ‘good’ and ‘bad’ Taliban. However, the establishment of military courts and the reinstatement of the death penalty only highlight a medieval pathology – one that has been cultivated by the religious leaders and the politicians alike – and not necessarily a tactful response to a horrible tragedy.

In 1974, Zulfiqar Ali Bhutto, through the Second Amendment to the Constitution started the process of desensitization. So began the gradual erosion of the Pakistani society, leading up to date. The Second Amendment declared Ahmadis as heretics and non-Muslims. The move led to imprisonment, murder and open seizure of Ahmadi businesses. 1974 marked a year in which neighbours turned on neighbours, friends turned on friends and family members turned on family members.

The policy was further solidified under General Zia, who enacted Ordinance XX. General Zia further manipulated the Second Amendment and declared any religious practice by Ahmadi Muslims as illegal. Ahmadis were jailed for attending their mosques, reciting prayers in public or simply greeting someone with Assalamualaikum.

In 2010, 94 Ahmadi Muslims were killed and 120 more were injured in what was called the Lahore Massacre. Gunmen raided two separate mosques and targeted the minority group while Lahore’s elite police force looked on. The siege only ended after people from the community overpowered the attackers to capture them alive. In May of 2014, Mehdi Ali Qamar, an American-Pakistani cardiologist, was shot 11 times in front of his family while on a volunteer mission to the country, simply for being Ahmadi. The gunmen escaped on motorbike and no suspects have ever been apprehended.

Pakistan has been using its blasphemy laws to isolate voters and further undermine minority groups. Christians in the country have faced the hardest consequences of the laws. In 2011, the Governor of Punjab Salman Taseer was gunned down by his own bodyguard for suggesting that the laws need to be reformed.

The fanfare that his killer enjoy is revealing of Pakistan’s overall disintegration as a society. His assassin Mumtaz Qadri, has gained a considerable following and continues to publish his views from a Pakistani jail cell.

This is the day-to-day reality facing both the majority and minorities in Pakistan. It is a reality which has been cultivated by spreading hate and discrimination against the very people who have contributed to the country’s progress.

Pakistan’s only Nobel Peace laureate before Malala Yousafzai was Ahmadi Muslim scientist Dr. Abdus Salam, a fact barely mentioned in national history. This is also a fate Malala faces due to her gender. In order to understand how 132 children can be utilized in simply sending a message to the military leaders of the country, one must acknowledge the tortured history that has failed to embrace ‘the other’.

When the political and religious figures have taken an active role in creating an atmosphere of promoting lawlessness, mob-rule and a general consensus on the acceptable murder of ordinary citizens, the targeting of children should not come as a surprise. The value of human life has since dissipated at the hands of the state.

The difference in the Peshawar attack is that it hit the military at its most vulnerable core. The children attending the Public Army School are of serving army officers. The response has therefore been concentrated and swift because the military’s power in the country is paramount. Any damage to its interests, especially the direct targeting of its own, is guaranteed to be met with a crackdown.

The sad reality is that the kneejerk reactions to the massacre are inadequate, medieval and reflect the darker underbelly of a country that has been suffering from decades of social decline. Until these issues are addressed, no amount of unity, solidarity or executions will be adequate in improving Pakistan’s current state of affairs.