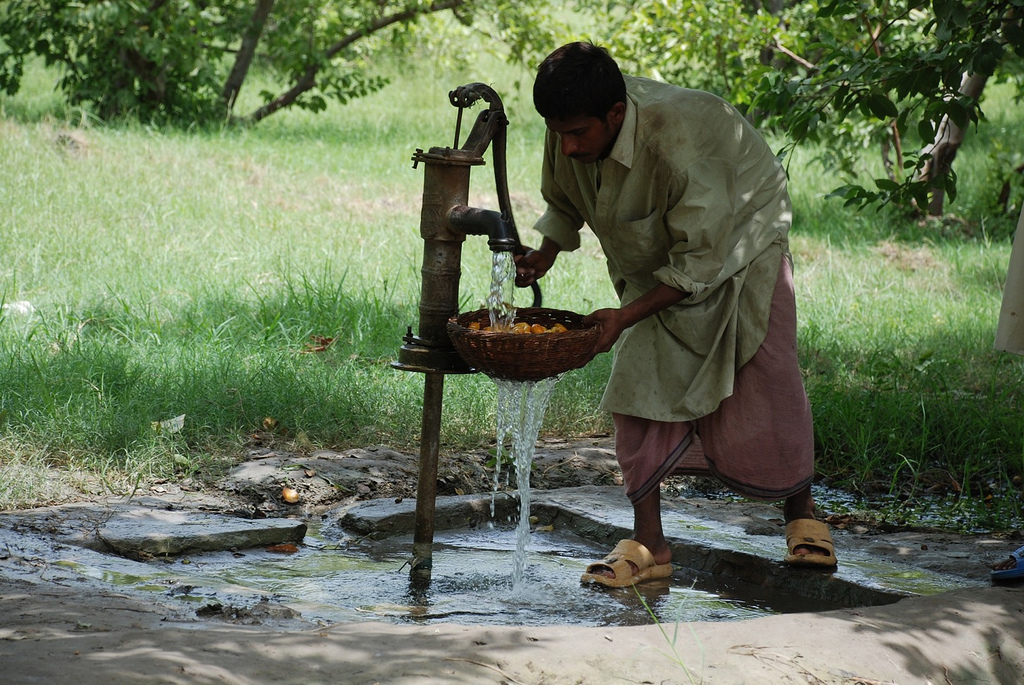 Back in 2011, the American actor George Clooney recalled asking Barack Obama to identify the one thing that kept him up at night.

“Pakistan,” replied the US president.

Obama did not elaborate. We can assume, however, that he was alluding to the various nightmare scenarios that spooked Washington officialdom back then, including loose nukes and state disintegration.

Today, Pakistan should still be keeping President Obama up at night — but not because of those aforementioned fears, which have always been purely hypothetical and somewhat fanciful. Instead, what should be causing sleepless nights for Obama — and concerned humanity overall — is water scarcity. It is a nightmare scenario that is all too real, and all but inevitable, for Pakistan.

A new IMF report throws the severity of Pakistan’s water crisis into sharp relief. Pakistan has the world’s fourth highest rate of water use. Its water intensity rate — the amount of water, in cubic metres, used per unit of GDP — is the world’s highest. This suggests that no country’s economy is more water-intensive than Pakistan’s.

This aggressive water consumption portends catastrophic consequences. According to the IMF, Pakistan is already the third most water-stressed country in the world. Its per capita annual water availability is 1,017 cubic metres — perilously close to the scarcity threshold of 1,000 cubic metres.

Back in 2009, Pakistan’s water availability was about 1,500 cubic metres. According to projections from a study I produced that year, called Running on Empty, Pakistan would not become water scarce until 2035. Instead, thanks to lightning-fast consumption rates, Pakistan is nearly water-scarce today.

And yet it gets worse.

New Nasa satellite data of the world’s underground aquifers reveal rapidly depleting groundwater tables. The aquifer in the Indus Basin — whose rivers and tributaries constitute Pakistan’s chief water source — is the second most stressed in the world (this means rapid depletion with little or no sign of recharge). This shouldn’t be surprising; even seven years ago, groundwater tables in parts of Lahore had fallen by up to 65 feet (20 metres) over a five-year period.

Groundwater is water security’s last resort — it is what we tap into when surface supplies run dry. And yet in Pakistan, this safety net is fraying. The country’s water security blanket is in danger of being yanked away. In sum, Pakistan is voraciously consuming water even as water tables are plummeting precipitously. So what to do?

The same solutions have been trotted out for years, many of them problematic. Build more large dams? Expensive and controversial. Demand that India stop obstructing downstream river flows? Impractical. Poor water governance, rapid population growth, and climate change effects — not upper riparian machinations — are the reasons for Pakistan’s water crisis.

The most reasonable recommendation is simply to use existing resources more judiciously. However, people won’t be willing to conserve unless they have a strong incentive to do so. Fortunately, there is an obvious way to generate that incentive — charge consumers a realistic price for their water. To that end, the IMF report wisely calls for water pricing reform. This might be the best way to ease the water crisis before it spirals completely out of control.

In Pakistan, as the report states, public water utilities tend to set prices below cost recovery levels. Irrigation water charges recover less than a quarter of annual operating and maintenance costs. On the whole, agriculture is largely untaxed — and yet more than 90pc of Pakistan’s water resources are allocated to that sector.

By charging more for water (ideally using a pricing scale tied to income level), not only would consumers presumably use it more judiciously, but the government would also gain desperately needed revenue. And this revenue would enable Pakistan to pay for badly needed repairs. Water expert Simi Kamal has estimated that repairing and maintaining the country’s existing canal systems would free up about 75 million acre feet of water — close to the 83 MAF water shortfall that the IMF projects Pakistan will face in the coming years.

This additional revenue could also be used to repair Pakistan’s dilapidated large dams. Tarbela has lost nearly 30pc of its storage capacity since the late 1970s. Pakistan’s total dam storage constitutes only 30 days of average demand (the figure is 220 days in India). Revenue-generating water pricing reforms would also provide Pakistan with funding to invest in new infrastructure, water-conserving technologies, and — perhaps most importantly — programmes that help the poor pay for and access water.

Admittedly, all this makes for a very tall order. It presumes that leaders can muster sufficient political will to implement pricing reforms, and that consumers have the ability and desire to pay more for water.

Additionally, pricing reform is no silver bullet for the water crisis. It won’t address Pakistan’s troubling land ownership policies, which ensure that the landless struggle to access water (land ownership, it has been said, is a proxy for water rights). It won’t make Pakistan’s water any cleaner; dirty water kills more than 600 Pakistani children a day. And it won’t reduce the bloat in Pakistan’s water sector bureaucracy, which makes water policymaking highly inefficient.

And yet unless Pakistan miraculously manages to halt the effects of climate change or to make billions upon billions of cubic metres of water appear out of thin air, there really is no other choice. Particularly because of what may lie in store down the road.

Back in 2009, the Running on Empty study projected that by 2025, Pakistan’s water shortfall could be five times the amount of water that could then be stored throughout the Indus River system’s vast reservoirs. It estimated that the shortfall in 2025 would comprise almost two thirds of the entire Indus River system’s current annual average flow.

Based on the IMF’s new estimates, it’s likely that these projections would be even more alarming if calculated again today. In effect, in the absence of immediate action, Pakistan could face the not-too-distant prospect of becoming a water-starved wasteland.

And that’s a thought that should be keeping us all up at night.

[This article also appeared in the Dawn.]