Pakistan to go on FATF terror financing list in June 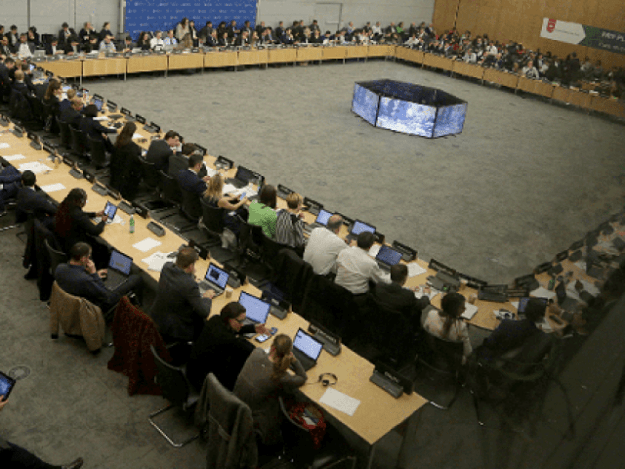 ISLAMABAD: The Financial Action Task Force on Friday decided to place Pakistan back on its terror financing watch-list on a list of countries that financially aid terrorism with effect from June but Islamabad believed the decision was politically motivated that may affect its future cooperation.

The federal government does not see any major impact of the FATF’s decision on its economy and the country’s de-facto finance minister said that during 2012 to 2015 period, Pakistan signed agreements with the International Monetary Fund and issued sovereign bonds in international capital markets.

Sources claim Pakistan back on FATF watch-list, govt says no ‘official intimation’ yet

Pakistan’s financial system was strong and its anti-money laundering and counter-terrorism financing regimes were among the most stringent in the world, said Dr Miftah Ismail.

The decision is seen as being against the norms of the FATF and its sister organisations, as the country’s Mutual Evaluation – a process of assessing levels of implementation of FATF recommendations, was currently undergoing.

The Mutual Evaluations also provide an in-depth description and analysis of each country’s system for preventing criminal abuse of the financial system.

The decision to place a member country on the FATF list is usually taken in light of the Mutual Evaluation, so FATF’s latest move suggests that Pakistan was falling victim to international politics, government officials said while requesting anonymity.

“Pakistan has serious concerns and objections to the introduction of this new nomination procedure, which is unprecedented and in clear violation of the established rules and practices of FATF”, the FO spokesman said on Friday.

Most of the concerns raised by the US regarding deficiencies in our Counter Financing Terrorism and Anti money laundering regime had already been addressed in 2015, when Pakistan was taken off the “grey list”.

Now, FATF would require Pakistan to submit an Action Plan in May in order to be removed from the list in the coming months or years. Once the FATF approves this Action Plan in June, there will be a formal announcement from FATF about placing Pakistan on the Grey List.

If Pakistan fails to submit a plan, the FATF has the option of placing the country on its Black List, which carries adverse implications. This limits Pakistan’s ability to decide whether it should cooperate with the FATF or not due to the global body’s ‘unjust decision’.

The US and UK jointly submitted a resolution to the FATF nominating Pakistan for placement in the Grey List. France and Germany subsequently joined this nomination.

The Financial Action Task Force (FATF) is the global standard setting body for anti-money laundering and combating the financing of terrorism (AML/CFT).

About two and half years ago, the global body had struck off Pakistan’s name after the country agreed to take actions against Hafiz Saeed’s Jamaat-ud-Dawa (JuD) and the Falah-e-Insaniyat Foundation (FIF) and Lashakar Tayiba.

However, some of these actions remained pending, and Pakistan only finished checking the off about two months ago. During the International Country Risk Guide (ICRG) session that took place a day before FATF plenary, some member countries had raised the question that there was no analysis available to judge Pakistan’s action, said the officials.

Upon this Adviser to Prime Minister on Finance Dr Miftah Ismail offered that Pakistan was ready to submit a report on its action plan and after that the FATF should take the decision, the officials said. At that point, Japan supported Pakistan’s view that action should be taken on the basis of the evidence.

The ICRG agreed to this proposal that Pakistan would take certain measures to address the international community’s concerns and in light of those measures the FATF should take steps in future, according to the officials.

China also advised Pakistan to sign an agreement with the FATF on the measures that it would take in next three months, said the officials.

The pre plenary meeting ended on this positive note and this was also the reason behind Foreign Minister Khawaja Asif’s tweet in which he announced that FATF deferred the decision for three months and asked the Asia Pacific Group for another report on Pakistan, according to the officials.

However, to the surprise of Pakistani authorities, the US used its influence and turned the tables on Pakistan by influencing the other countries and to have them to first analyze the actions that Pakistan has already taken, according to the people who attended the meeting.

The FATF decision, which is against its norms, could frustrate Pakistan’s genuine efforts and the government will decide whether it should cooperate with a global body that is playing in the hands of the US, said the Pakistani authorities.

The officials said that the only weak area was that Pakistani courts were convicting terrorists but were not imposing fines on them on charges of terrorism financing.

On February 20, Foreign Minister Khawaja Asif had claimed on Twitter that there was no consensus for nominating Pakistan for listing, and that a three-month pause had been proposed. He also said that listing would be reconsidered in June.

Foreign analysts suggested that the late push against Pakistan may have been provoked by the leaking of information from the FATF meeting, with some pointing specifically to Asif’s tweet.