Pakistan: The Land of Incessant Troubles 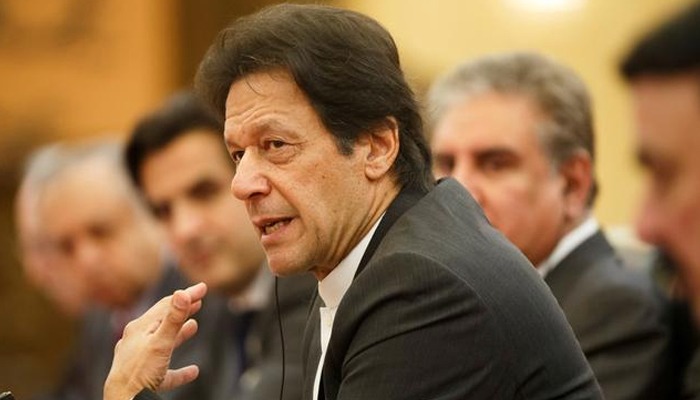 There are countries that tend to portray their land as that of opportunities, of natural beauty, of great historical import and all that. However, when one comes across Pakistan in its current form and shape, one concept that easily gets connected to it is that it has of late become a land of incessant troubles. Seldom one comes across getting over a problem here, the next problem crops up and before the state and its people are able to recover from there, something next rears its head and so on.

For the last three years since the Imran Khan-led Pakistan Tehreek-e-Insaf (PTI) has assumed the reins of governance, the state has been embroiled in a number of major issues, many of course, have been on account of the mishandling of the situation. While Khan became the Prime Minister with lots of hope and aspirations from common people, however in most cases, he has not only failed to deliver but has allowed the situation to go awry.

From unbridled corruption, one of the major planks on which he won the elections, to spiralling inflation and non-availability of many essential items in the domestic and commercial markets, the economy continues to go southward. Pakistan’s Gross Public Debt has risen to US$ 95 Billion at72% of GDP in 2018 to US$112.8 Billion currently. During Khan’s reign, its external debts and liabilities have risen from 33% of GDP to 45% of GDP. No new major foreign investments have come up while the Debt to GDP ratio has reached a worrisome 107% of country’s GDP. And the flagship China-Pakistan Economic Corridor (CPEC), touted till very recently by Khan as the cornerstone of Pakistan’s economic revival, is discreetly quiet and uncertain.

Countries like Saudi Arabia and UAE, long portrayed as Islamic brothers by successive Pakistan governments, have suddenly started getting distant from it. While both countries provided the much needed financial help to Pakistan during Imran Khan’s early days, much to its chagrin, they have demanded the early payment of money and refused to help the country any more. And to make matters worse for Pakistan, both have explicitly downplayed the issue of abrogation of Indian Constitutional Act Art 370 on Kashmir and have indicated that to be an internal affair of India. Being a core issue for Pakistan, that clearly suggests how much the country has lost in the game of diplomacy.

China, the iron brother of Pakistan, displayed all the bonhomie for some time. However, the onslaught of Corona and the consistent decline in the politico-economic state of Pakistan, it too has become more diplomatic and the realpolitik is very much at display in the current state of China-Pakistan relationship. And with Damocles’’ sword of FATF Black List hanging around the neck, no new foreign investments are getting into it. The situation has become so desperate that the country’s foreign office had to hope that the US President Joe Biden will make a formal call to PM Khan…a call that is yet to come.  So from economy to diplomacy, the woes of Pakistan are continually on the rise.

The inept handling of the foreign relations and economy are not the only reasons for the evolving abysmal scenario in the country. Domestic reasons have played an important part in that. While Pakistan has a history of providing sanctuary to terrorists, nurturing and training them, with the help of its state and non-state actors. Today, they have become so emboldened that a few of those fringe groups have started dictating terms to the state.

The unprecedented violence perpetrated by a far right Islamist political party Tehreek-e-Labbaik Pakistan (TLP) last week was one such reminder. Starting with its demand for the outright expulsion of French Ambassador, it created a mayhem in major cities across the nation. Scores of people got injured, properties lost and destroyed and most worryingly, many policemen were taken hostage. The government had to surrender before them, agree to their terms, release their activists who were accused of damage and arson and only then, policemen were released. It was an abject surrender of state authority.

Coming close on the heels of government’s proclamation of making the TLP illegal (under Anti-Terrorism Act, 1997, Rule 11) less than a week ago after entering into a secret agreement of pandering to their demand on the French issue and finally bringing an untenable National assembly resolution on it, this must surely be treated as one of the lowest points for the current government.

Pakistan is well aware that it cannot afford to expel the French Ambassador for that will certainly invite a severe hostile reaction from France and the EU. Its ongoing discussions at the IMF for a bailout package and the forthcoming FATF meet, their role could well be crucial. Furthermore, it also has to consider that more than 1,04,000 Pakistanis currently live in France. Any unilateral action from Islamabad could well have serious repercussions on their stay and livelihood.

The exit of 32 French MNCs operating in domains like environment, energy, engineering and construction could seriously damage country’s short-to-medium term economic/commercial reputation. Also, PAF has a good number of Mirage fighter jets in its inventory. For their servicing and spares and future advanced weaponry needs, it has to depend on France and cannot simply antagonize it.

The free run given to radicals today has come to such a pass that the Chinses Ambassador was targeted a couple of days ago at Serena Hotel in Quetta. Baluchistan where a good number of CPEC projects are being undertaken, militants are already hitting out at army, police and civilians for some time. The latest attack further creates doubt about Pakistan’s ability to cope up with such elements. The Chinese informally have been very upset and media reports have indicated it being one of the reasons for their getting slow on the signature CPEC.

And relations with the neighbouring India, continue to be grim. While there are reports of UAE taking initiative to promote dialogue between the two, the way Pakistan made a U-turn within 24 hours after formally declaring that it will import cement and sugar from India towards normalising trade, creates suspicion among policy makers, diplomats and business entities on adding the country in their itinerary for serious business.

Rajesh Kumar Sinha, MA, MLISc, MPhil, PG Diploma in Journalism is a serving Librarian with the Indian Railways. He has worked in print and web media for seven years and writes for Foreign Policy News (US), South Asia Journal (US), Modern Diplomacy, Eurasian Times, OPEN Journal and Rail Journal (India).