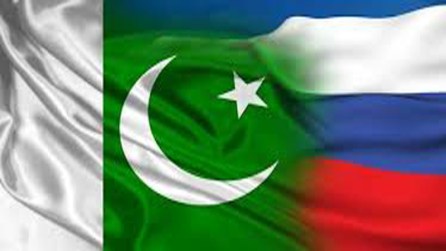 For the last few decades, President Putin has been warm to Pakistan which has led to increased expectations from Pakistan. The bilateral ties have witnessed many ups and downs however the new positive trending relations between Russia and Pakistan is quite a new phenomenon. Some significant changes have been seen in the foreign policy of both states which finally reached a level of collaboration for the stability in South Asia. Russia has a special place in the foreign policy of Pakistan. Therefore, the relations between both states are steadily growing.

A few days back a visible shift has been seen; both states stepped forward to sign Memorandum of Understanding on the recent visit in August of Pakistan’s chief of naval staff Vice admiral Kaleem Shaukat to Russia. Both countries enthusiastically showed their responses over the naval collaboration and security environment and concluded to carry out a wide range of joint military exercises in Pakistan along with the training of armed personals in navy. However, the naval cooperation of both states has led to a new diplomatic venture which might compel India to intervene and cause hurdles in the way.
Significant initiatives have been taken by president Putin to revive its state policy towards Pakistan soon after his fourth turn this year on 7th May.

Pakistan also showed an immediate response to the Russian leader with great optimism to work as close partners. Both states showed an affirmative act, leaving behind past bitterness, grudges and stepped towards the new phase of their relationship. According to Russian incentives, Pakistan is a huge economic market that would further revive its economic and defense policy in future. Currently, Pakistan is also trying to find ways to strengthen its relations with Russia further, therefore the negotiations over the purchase of Russian SU-35 fighter jets are going on between them along with Pakistan’s desire to buy T-90 tanks from Russia as part of an already concerned long-term deal between both states.

Moreover, the Shanghai Cooperation Organization seems influential in connecting all regional states; a useful forum for mutual benefit as is evident from the exercise of “Peace Mission 2018” introduced by Russia under the agreement of SCO to conduct anti-terrorist activities in different parts of the South Asian region.

Ambassador of Russian Federation H.E. Alexy Y. Dedov to Pakistan conveyed a message of President Putin to newly appointed Prime Minister Imran Khan that Pakistan should improve its economic relations as well as people to people contact, cultural exchange and educational trips between both states. To foster ties in coming future, President Putin should also plan and try to visit Pakistan.
Russia -Pakistan has collectively same objectives regarding the peace of the South Asian region and moreover the diplomatic stance on containing terrorism from Afghanistan and over the US decision to abandon its nuclear deal with Iran.

Leaving the bitterness of the Cold War behind, both states have converging interests in Afghanistan and are collaboratively working on the peace mission to overcome the threats of ISIS. The multi-dimensional ties of both nations can further be enhanced by providing incentives to the Russian companies for the economic investments in the energy sector of Pakistan. Russia under the leadership of President Putin has also revived the terms by signing a military cooperation pact with Pakistan, delivery of Russian helicopters, training to Pakistani officers at Russian institutes and mainly the new turning point is the Russian language radio service with broadcasting to be introduced in Pakistan.