Amid the reports that the Organisation of Islamic Cooperation (OIC) meeting in Niger was abandoning the Kashmir issue, the foreign ministers of the member states have unanimously expressed their support for Kashmir cause, asking India to rescind the controversial article 370 abrogation in the contested territory, according to the government of Pakistan.

In what experts claimed as a diplomatic victory for Pakistan, the OIC categorically rejected “illegal and unilateral actions taken by India on August 5 last year to change the internationally recognized disputed status of the Indian Illegally Occupied Jam­mu and Kashmir,” claimed a statement from the Foreign Office of Pakistan.

The political analysts in Pakistan are euphoric over the country successfully managing to persuade the Islamic countries to discuss Kashmir.

Shahid Raza, a strategic expert from Pakistan told EurAsian Times that although the agenda of the 47th OIC CFM (Council of Foreign Ministers) held in Niger did not mention the Kashmir dispute as a discussion point, the final declaration came as a pleasant surprise for Pakistanis in general. 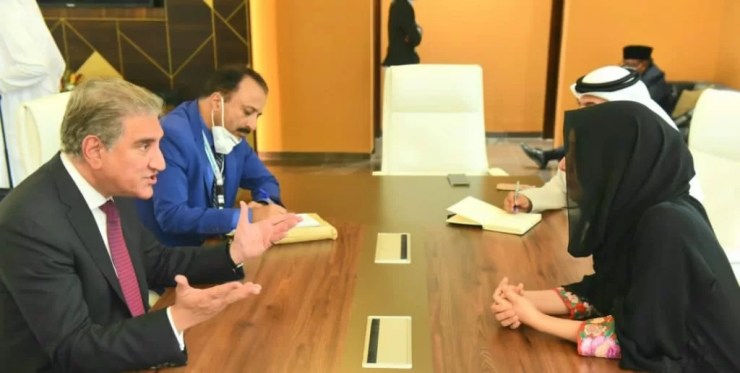 Pakistan was represented by Foreign Minister Shah Mehmood Qureshi at the 47th session of the OIC CFM.

He said -“The Resolution demands India cancel the issuance of domicile certificates to non-Kashmiris and other unilateral action including “Jammu & Kashmir Reorganization Order 2020”, “Jammu and Kashmir Grant of Domicile Certificate Rules 2020”, “J&K Language Bill 2020” and amendments to land ownership laws.”

“It is believed that Pakistani diplomats lead by Shah Mahmood Qureshi had been aggressively lobbying their Saudi counterparts to take a quantifiable position on the Kashmir dispute in the wake of the revocation of the article 370 by the Modi-led Hindu nationalist Govt in India,” Raza said.

According to reports, the OIC also adopted a Pakistan-sponsored resolution urging the UN Secretary-General to initiate a global dialogue to counter rising Islamophobia and promote interfaith harmony.

“We reiterate the OIC’s principled position on the Jammu and Kashmir dispute for a peaceful settlement in accordance with the relevant United Nations Security Council resolutions,” read the Niamey declaration.

The president of the Pakistan-controlled Kashmir, who also attended the OIC meeting raised the issue of continuous “violations of the ceasefire” at the Line of Control (LoC) by the Indian forces, which have also seen civilian casualties. He thanked the member countries for adopting a resolution on Kashmir, urging the international community to pay heed to the suffering of the people. Qureshi at the OIC meeting

However, the Indian media downplayed Pakistan’s attempts to raise the Kashmir issue at the OIC, saying “Pakistan’s light-headed Foreign Minister Shah Mahmood Qureshi had an egg on his face.”The report by IANS claimed, “Qureshi was left red-faced after the Organisation of Islamic Cooperation (OIC), holding its 47th session of the Council of Foreign Ministers in Niger’s Niamey, snubbed Pakistan by making no mention of Kashmir in its agenda.”

Although IANS cited no source for its claim on OIC CFM not discussing Kashmir and adopting a resolution condemning India’s actions in the disputed region.

It was highly suspected that OIC will allow a discussion on Kashmir, since its most influential members, including Saudi Arabia and UAE, had made it clear that they were not supporting Pakistan against India.

The two countries saw their relations severely deteriorating in 2020 to a point where Pakistan’s foreign minister had suggested to bypass OIC and create a separate block with the help of Malaysia and Turkey.

In a surprising turn of events, the Saudi foreign minister is said to have endorsed Pakistan’s claim that peace was not possible without Kashmir being resolved, as one participating member, Masood Khan, claimed in a tweet.

The development raises some hope for Pakistan which had seen its ties worsening with the leading Muslim nations. The political pundits in Pakistan said it was a positive development after the most influential Muslim gathering raked up Kashmir at the prestigious council.

They hoped the country’s ties will get better with their Muslim allies in the near future. With Biden’s win, the US-Israel bond is also set to weaken, which would also allow Pakistan to restore its ties with the monarchy.

The article was published in the eurasiantimes.com.