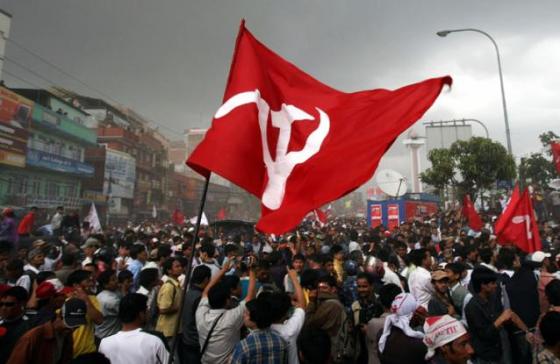 By Binodkumar Singh    19/2/2018
Local (panchayat) elections were held in Nepal in three phases in 2017 after an interregnum of 20 years. The first round was conducted on May 14, 2017, in 34 districts to elect representatives in 283 local level institutions, including four metropolitan cities, one sub-metropolitan city, 92 municipalities and 186 rural municipalities. 71 per cent of registered voters took part in these elections.
The second phase of local elections was held on June 28, for 334 local units in 35 districts, with 73.69 per cent voting. The final phase of local elections was held on September 18, for 136 local units in eight districts, and saw 73per cent of the electorate casting their votes. Local elections were last held in Nepal in 1997.
Another remarkable development was that, after a gap of 18 years, the House of Representative (HoR) and Provincial Assembly (PA) elections were held in two phases. The first phase for 37 HoR and 74 PA seats was held across 32 Hill Districts in six provinces on November 26, 2017. 65 per cent of 3.19 million voters cast their votes. Voting for the remaining 128 HoR and 256 PA seats was held on December 7, 2017, in the second phase covering 45 Districts, including Kathmandu Valley and the southern plains of Nepal known as the Terai. 70 per cent of 12.21 million voters cast their votes in the second phase. Elections for HoR and PA were conducted for the first time under the new Constitution adopted on September 20, 2015. The last parliamentary poll was held in 1999.
The counting of votes under the first-past-the-post (FPTP) system to elect 165 HoR seats and 330 PA seats concluded on December 13, 2017. The Communist Party of Nepal-Unified Marxist Leninist (CPN-UML) emerged as the single largest party, winning 80 HoR seats and 167 PA seats. Its ally, the Communist Party of Nepal-Maoist Centre (CPN-Maoist Center), bagged 36 HoR seats and 74 PA seats. The two parties, which had formed the Left Alliance, left the governing Nepali Congress (NC), with only 23 HoR constituencies and 41 PA constituencies, far behind.
The Election Commission (EC) announced the number of seats secured by the political parties under the Proportional Representation (PR) system on December 22, 2017. Among 220 seats allocated under the PR category, CPN-UML secured 75 seats, NC 72, CPN-Maoist Center 35. A dozen smaller parties got a seat each.
Chief Election Commissioner Ayodhee Prasad Yadav clarified that parliamentary seats under the PR system would be allocated only after the election of the National Assembly, the upper house of Parliament.
The EC conducted the NA polls on February 7, 2018, with an enthusiastic 99.52 per cent voter turnout, and, the next day, announced the results. The CPN-UML won 27 NA seats, the NC won 13, the CPN-Maoist Centre 12 and the RJP-N and the FSF-N won two seats each. The election was held for 56 NA seats. Three NA members will be nominated by the President on the government’s recommendation. Results of the election were submitted to President Bidhya Devi Bhandari on February 11, 2018.
The Left Alliance partners, CPN-UML and CPN-Maoist Centre had forged an electoral alliance and fielded candidates in parliamentary and provincial elections in a ratio of 60:40. In a breakthrough on February 11, the parties arrived at a decision and CPN-UML leaders offered to make CPN-Maoist Centre Chairman Pushpa Kamal Dahal the Prime Minister for two-and-a-half years, after CPN-UML Chairman KP Sharma Oli completes two-and-a-half years as Prime Minister. Earlier, the CPN-UML was unwilling to share any of the three key posts – that of the Prime Minister, President or unified party’s chairperson — with the CPN-Maoist Centre. The Party Unity Coordination Committee of the two parties is also meeting to iron out differences on key issues of the unification of the two parties.
Nepal took to democracy in a big way after centuries of absolute monarchy followed by a decade of chaos. The successful completion of local elections paved the way for provincial and parliamentary elections, indicating that the country’s political transition is likely to be completed in the foreseeable future, and the sway of the Constitution would be fully established. Though the new government is yet to be formed, it is clear that the coalition of the two communist parties, the CPN-UML and the CPN-Maoist Centre, are set to control the government.
(The author is a Research Associate with Institute for Conflict Management, New Delhi. He can be contacted at salambksingh@yahoo.co.in)